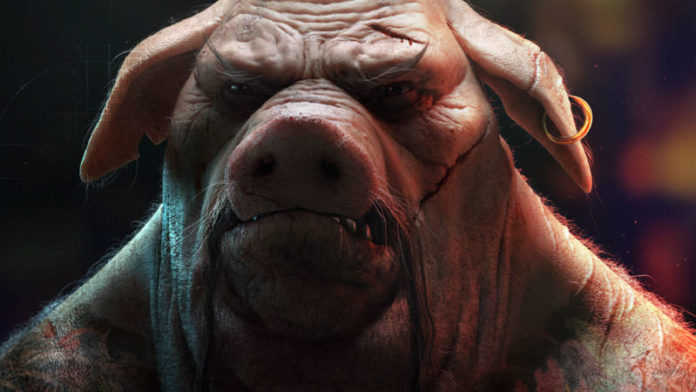 For the first time since May 2009, we have seen a cinematic trailer for Beyond Good and Evil 2 at the Ubisoft Press Conference. Even though there was no release date/window, you can’t not but be hyped for this game.

In the trailer, you see a monkey with a robotic hand exchange what at first appears to be a golden pig idol – but ends up being fake – with a black market dealer. Using his fake hand which also works as a grappling hook, the monkey escapes through the roof where he meets a female protagonist. Along the way, they dodge high-tech police vehicles and missiles until they find their way to a rebel base and give the leader a small disc which contains the map of a galaxy.

Check out the trailer below!