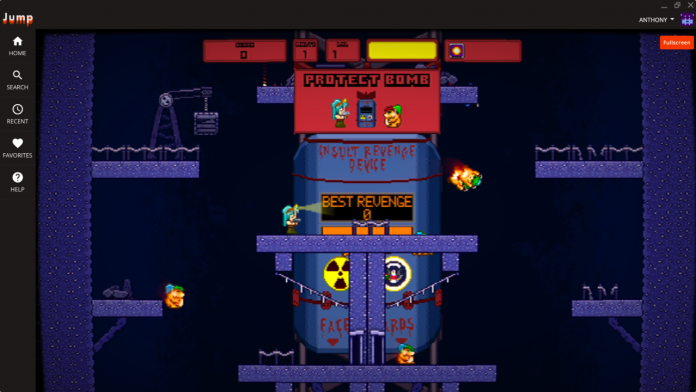 A new subscription-based streaming service called Jump, which aims to be “Netflix for games” is to launch later this summer.

Jump will focus exclusively on Indie games with the catalogue containing between 60 and 90 games at launch. There will be a monthly fee of $9.99 with around 10 games added each month. The platform will be available on PC, MAC, Linux, HTC Vive and Oculus Rift.

“It’s a highly curated library, it’s going to be between 60-100 games at launch, and then we’ll be adding a certain number every month after that,” Company Chief Anthony Palma says. “Really, what we wanted to be able to do is provide that highly curated, polished, responsive experience that hasn’t really come up in gaming yet, particularly in the subscription world.”

Game developers will then get paid a percentage of how much time the consumer spends on their respective title.

“We’re planning to take 70 percent of the net revenue of the total subscription income and divvy that up and pay that to developers, based on a proportion of how much time their game gets played vs. the total amount of time that all games got played on the platform,” says Palma.

This isn’t the first time that a video game streaming service has tried to be established. Gaikai used to be the major player in this sector until it was bought by Sony and turned into Playstation Now.

To get publicity for their games is one of Indie developers greatest challenges and as of yet, no one has been able to come up with a successful solution to this problem. Let’s hope that Jump has that solution, and we see these devs get the recognition they deserve.