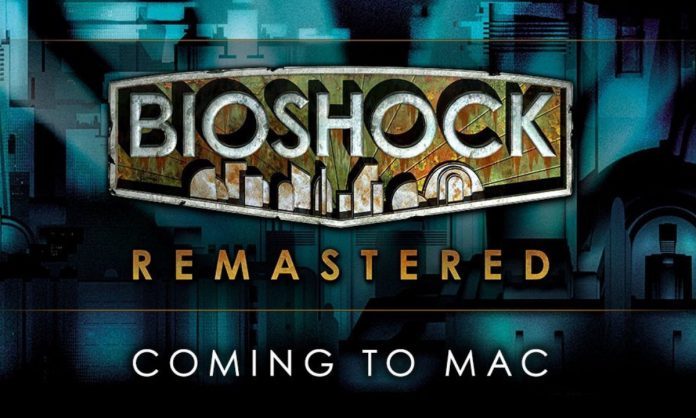 Feral Interactive has today announced that Bioshock Remastered will be releasing on macOS on August 22nd.

This Remastered version is being released to celebrate the 10 year anniversary of the games original release, it will feature updated 1080p graphics.

Originally developed by Irrational Games and published by 2K for PC and Consoles, Bioshock takes place during the 1960s and is set in the decaying underwater city of Rapture. In order to not be killed by the inhabitants, your character has to try and rewrite his genetic code in order to combine your new found powers with an array of deadly weapons.

“We’re thrilled to bring an enhanced version of BioShock to macOS 10 years after its original release,” said David Stephen, Managing Director of Feral Interactive. “The improved graphics make the most of the spectacular art direction, combining art deco design, science fiction themes, and a horror sensibility. There’s never been a better time to visit Rapture.”

A remeastered version of the Bioshock series released last year for console and Microsoft Windows. Called Bioshock: The Collection, it features Bioshock 1&2 and Infinite.

Bioshock: Remastered will be available to purchase from the Feral Store and Steam on the 22nd of August for $19.99/£13.99/€19.99. The version for the Mac App Store will release “shortly afterwards” but will cost €2 more in Europe. No reason has yet been given for the increase in Europe.