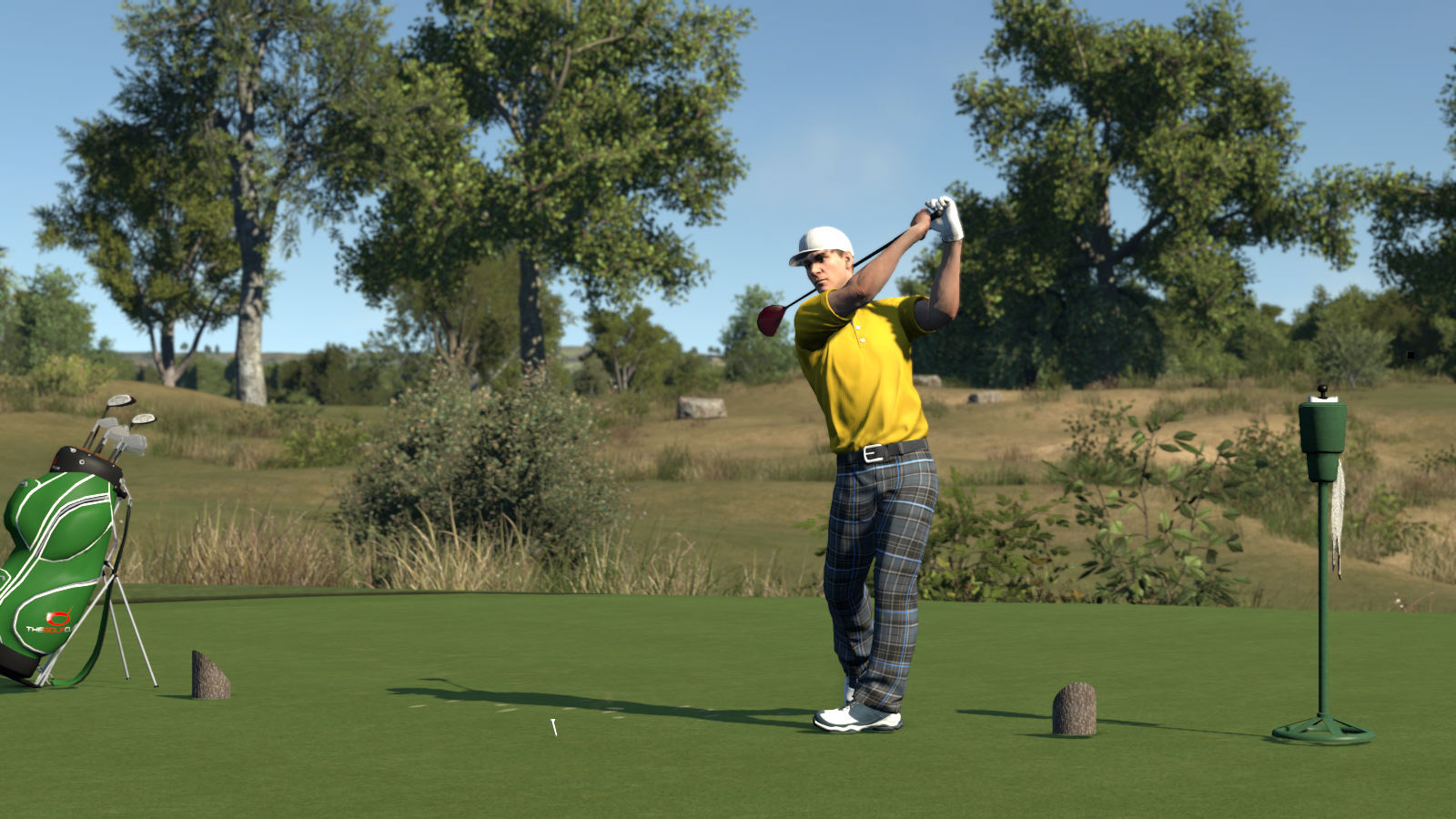 The Golf Club was a 2014 cult classic golf sim that centred around the sport itself rather than endorsements. With a robust course designer, versatile and exacting shot types coupled with an ‘unforgiving’ swing mechanic, TGC won respect, if not glowing reviews.

Its sequel is not just more of the same as sporting video games tend to be. The concept of The Golf Club 2 is to deliver a personal golfing experience and the game adds two huge player-focused modes to this end. A new ‘shot tempo’ mechanic adds a layer of fresh depth on the course.

‘Societies’ is a somewhat awkward way to clan-up. A player can compete with other players online at your own leisure while unlocking new content. The player pays a fee to enter competitions and banks cash for you and your club. A player can then buy new equipment or upgrade the club to enter bigger tournaments. It’s a small enticement to form a loose alliance with strangers and play against ghosts but it needs streamlining.

The ‘Career’ mode is barebones, lacklustre and clearly created to give an avatar more stake in ‘Societies’. A player simply earns cash and lowers handicap; that’s about it. The only progression is personal and the unlockables are purely cosmetic. While ‘Societies’ does a better job of giving a player a raison d’être, it’s not much more than a lick of paint on the clubhouse menu and a bigger crowd around the green.

The other big change does not disappoint. Adding a shot tempo to the already demanding and precise swing path makes it a little more difficult. However, it quickly trains the thumbs and allows for far more variety in shots – intentional or not.

Once one get to grips with the new mechanic, a player can almost feel the club and how fast each one should swing. The shot mechanics are top-class and with such control and expressiveness comes satisfaction – all those poorly hit shots, all that patience pays off in a big way after a few hours of admittedly painful hatchet-work.

The thought with which each shot must be struck makes the game what it is. Having to truly consider where the ball lands or worrying if the wind will ruin your day is not something that EA’s AAA offering does half as well as The Golf Club 2. The attention to detail in this respect works well with the game-making course designer – a player respects the ball a whole lot more during these creation sessions.

The course creator is quite intuitive and easy to get to grips with. At first a player will fumble with some some sliders to guide the hand of the creator, upping the bunker count or shrinking the greens. But with a little curiosity the player can place a host of individual objects or raise a square metre of fairway by an inch. The longevity of The Golf Club 2 in this respect is unquestionable.

A Stain on the Countryside?

The game’s prebuilt courses are passably rendered but well-designed to hide the last-gen textures and other visual shortcomings. They have a nice variety of location and layout with some interesting decoration and furniture. Similarly, the editor has the power to create works of golfing beauty with the most advanced course designer I have used on a console title but up-close, you can almost see the stitching.

There is one larger visual blotch though. The player models and the unlockable gear are largely sub-par and sometimes ugly. The animations are adequate but lack much variety, leading to some visual boredom. While the lack of overbearing television-style presentation in most areas is refreshing, the glitzy AAA player-models and how they look on a small screen are sorely missed.

I am certain that golf lovers or those with a penchant for courses shaped like human genitalia can ignore the below-average presentation and live for The Golf Club 2. The casual may lose interest after some time due to the hands-off career mode.

As a 21st-century sports title, the modes are a little lacking whilst the mechanics and course creator beat anything else yet made. For a serious video golf aficionado, TGC2 is a natural choice but the pick-up-and-player will struggle to appreciate either of the game’s strengths.