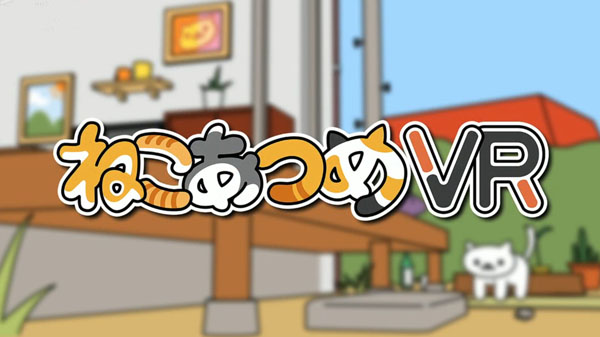 For those who might not remember, Neko Atsume is the mobile sensation in which you customize a backyard and feed groups of hungry cats throughout the day. You can take pictures of them and try to attract new ones by leaving out different kinds of food and toys for them to play with. It initially came out in 2014 and has been popular enough to warrant the creation of dozens of plushes, figures, and even an action movie.

Earlier at the Tokyo Game Show, the cat lovers of the world were told that the cat-feeding fun isn’t ending there! PlayStation Japan President Atsushi Morita announced that Neko Atsume was coming to VR in 2018. Beyond a promotional image and the 2018 release window however, no other further information–such as whether or not it will have an English release or what the game itself will be like–has been shared yet.

Most seem to be speculating that you’ll be feeding the cats in a more involved way (as opposed to leave toys and food out and letting them just gather) than in the mobile game. Others are predicting that there might be modes that allow you to pet and play with the cats, and essentially be a VR version of Nintendogs, but with the Neko Atsume cats. We don’t yet know when we can expect to hear more about this project, but if Neko Atsume’s overwhelming popularity is any indicator of the success a VR version might have, this could be one of the most beloved VR releases of 2018.