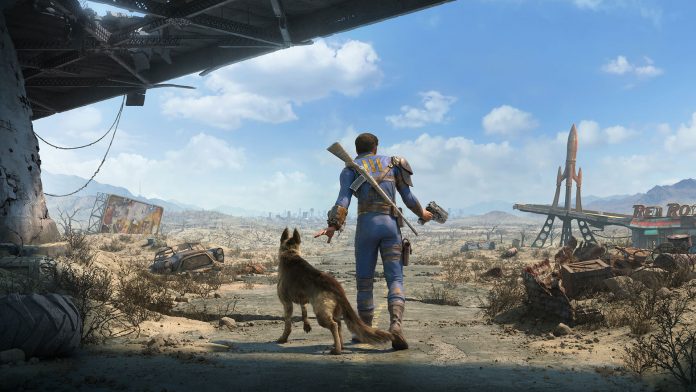 Single player campaigns will always remain crucial to gaming. At least that’s this offline gamer’s opinion. Just look at the outcry from gamers and journalists alike when a AAA game releases without one. Yet, for some reason developers continue to think that it’s acceptable to make a game and not include a single-player campaign and still charge €60 for half a game.

I’m one of those old-fashioned gamers who want to pull the curtains and immerse myself in the story. Online Multiplayer gaming doesn’t interest me in the slightest. If developers do get a chance to make a sequel, you can bet that a single player campaign will be included in the package. There are 3 pretty high profile games that didn’t include a single player campaign in the game and yet still priced as if it did.

Titanfall was one of the first AAA console games to decide against including a single player campaign and yet they still charged full price for half a game. The Xbox exclusive was developed by Respawn Entertainment, the same team behind making Call of Duty the household name it is today. Even still Titanfall was so well received with its revolutionary movement mechanics that a sequel was ordered and delivered across multiple platforms. They also included a fantastic single player campaign following the criticism of the lack of one in the original Titanfall. So, it goes to show that developers can learn from their mistakes and the market for offline gaming is still in a healthy state.

One of the most highly anticipated games of recent times was Star Wars Battlefront. It was barely half a game with the only modes available offline essentially just training modes. The thing that makes Star Wars great i.e the story, was sadly lacking. No matter how many new maps that Dice added post-launch, it never made up for the lack of a single player. The €60 price certainly rubbed salt into the wounds. For those games that focus on multiplayer, they will always struggle with content to keep gamers playing and Star Wars Battlefront was no different. look at the price drop that Battlefront went through post-launch. Within a couple of months, the price had been slashed in half.

Rainbow Six: Siege works as a multiplayer game. However, is there really enough content to keep me playing it for weeks on end? The simple answer is no. I don’t mind certain games being developed purely for multiplayer but the price has to reflect that it’s really only half a game. Another Ubisoft title, For Honor, when first announced seemed to be portrayed as an online only game. But, following criticism from fans that RSS didn’t have a single player campaign, Ubisoft rectified it and added a campaign.

Single player allows you to become invested in the well-being of those characters. What would a series like uncharted be if we didn’t have the backstory of Nathan Drake or his relationship with Elena or Sully? It wouldn’t be half the game it turned out to be. Thankfully it seems that Naughty dog knows the importance of the single player to gamers. When’s the last time an online-only game won a game of the year award?

Now I’m not saying that there’s anything wrong with online multiplayer even though I find it incredibly tedious, but the fact remains that a large percentage don’t play games for the multiplayer and devs would be wise to not forget about that sizeable chunk of their audience.

What about those of us who don’t have access to a high-speed internet connection? Are they just supposed to stick to previous-gen games where there wasn’t such a push towards online gaming? We all remember what happened to a certain Microsoft Executive who said that gamers with a slow internet connection should stick to the Xbox 360. He didn’t last in the job very long after that.

So in summation, games without a Single player devalue the entire genre of entertainment.  The sooner Developers and Publishers realise that the quicker we can get back to enjoying offline gaming.

Nice ranticle, dude! I think that selling a game as an MP experience only is a different kettle of fish than selling a mixed/SP one. Every R6:Siege and CS:GO has ten For Honors and Evolves. Being greedy or skimping on things to do in MP is probably the biggest problem. There will always be a market for pure SP though so you can rest up. Even if MP modes are often shoehorned into SP games (Uncharted, Tomb Raider, AC), you can ignore them, they are often surprisingly good and don’t seem to have diverted much from the meat of the… Read more »

Which is a shame, because if you make a co-op campaign you can also play it alone. But when you make a single player only campaign, you have no choice but to play alone =/

Regarding multi-player competitive modes I couldn’t care less, but they are very important to a lot of people