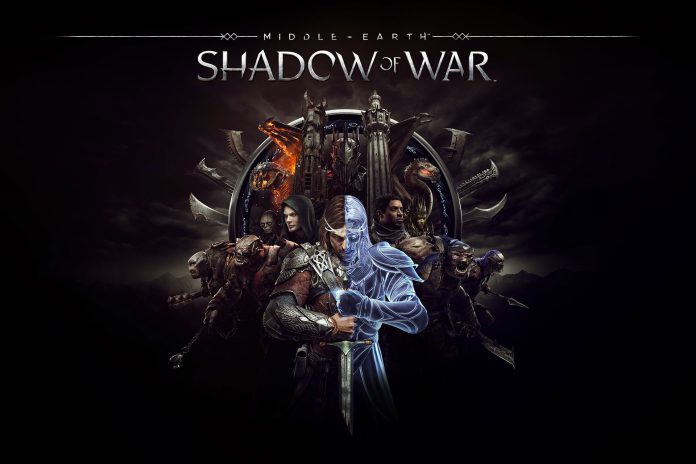 I really enjoyed Middle-earth: Shadow of Mordor when it released back in 2014. It was not a perfect action adventure, but the Nemesis system placed a dynamism on the table I had never experienced before and have not experienced it again since. The Nemesis system that populated the world with Orc captains, war chiefs and overlords is back with Shadow of War and is more comprehensive and varied than ever.

Talion, the rider entwined with the spirit of Celebrimbor (the master smith who made the one ring) made a new ring. One that can undo all the problems caused by Celebrimbor’s previous rings. The problem is that, before the game begins, we lose this to Shelob.

This starts the prologue or first act, you’re deprived of all your skills and you start from scratch, making it feel like the first game. You will not dominate captains or set up any storms, instead, you will build up yourself and kill your Orcs. Many sequels such as Styx: Shards of Darkness, carry over all the skills from the previous game letting the player continue where the first game left off. I feel that Shadow of War could have done the same however, I also feel that earning all the skills again could be a lot of fun.

The game is very much open world and lacks any sort of specific structure letting the player continue the main story or take on side-quests as they please. Many of the side-quests are unavoidable as the main storyline (with Eltariel) takes a bit of time to really get started. The missions themselves, either part of the main story or the various related branches (Gondor, Brûz, Carnán), are not as long as they were in Shadow of Mordor and offer a better mix. There are a lot of “follow” type quests which don’t always work when you’re pushing your way through hordes of Uruks.

As is often the case with this kind of games, it’s not the main story that makes for most of the entertainment. In fact, my favourite quest was one with Bruz and the return of Ratbag. From the Beyond Thunderdome-inspired revelation of Ratbag to the hugely satisfying end, the tone and the themes that are explored in this quest both contrast with the sometimes boring and serious design of Talion’s other accomplishments. It must also be said that, although the main story did not help us, it reached a satisfying end with some cool twists.

It is a much bigger game than Shadow of Mordor, instead of two small world cards, we are now being treated to five small world maps. But, in fairness, the size of the ‘sandboxes’ fit much better with the Nemesis system. A bigger size would have meant a lot more orcs and smaller would lead to a lot of captains. There is a good balance here, with fights with some extra captains, but only rarely, and when this happens, it feels special. However, the environments in which this occurs are not very inspiring. The world itself is well divided, but you get tired of the game in all grey and brown environments, even though there are exceptions in the colour palette.

The fighting itself is deep and highly dependent on responding to clues, counteract and dodge. There is depth to be found, especially if you involve the various spiritual skills. However, in the long run, it is not as satisfying as the fighting in the Batman: Arkham games.

We already mentioned the Nemesis system and that is clearly the main attraction here. At first, it looks very similar to the first game, but if more mechanisms are introduced and more variation in the Orcs threat, you begin to appreciate it and see the evolution. It is incredibly satisfying if you are able to use a weakness or if you succeed in taking a low-level captain to a higher level and this works well thanks to favourable character traits.

There are more Nemesis missions, more ways to manipulate and humiliate them and to shame them and are an excellent way to create storylines with the Orcs. Many of the encounters are as fun and entertaining as they are aggravating, especially when one dies; then these taunts become salt to your digital wound. Online vendettas also make their return and offer interesting scenarios and potential ‘loot’. Many of the later goals you need to complete to level legendary loot are connected to high-level vendetta. It’s a great feeling to get revenge on that one Orc commander who has repeatedly slain you.

Talking about progress: there is a lot of complexity here. First, you have the skill tree, which gives you early access to useful skills and, above all, offers the necessary variety. However, the way you upgrade to add ‘perks’ is an interesting twist and ‘grinding’ for gems also has a certain charm. Overall, there is complexity here, which is good, even if it takes some time to find out how to best utilize your equipment.

Loot Chests aren’t a central feature in the game

One of the more controversial elements new to the game is the loot chests. Yes, the game has them but they don’t play a central role and aren’t specifically needed to level up. There are multiple ways to get loot chests, buying them with real-world currency (obviously), using the in-game currency and by completing events in the world (Publishers take note). While the loot chests do give you extra perks and help you level up faster, you are never forced to buy them. They are also a side-element in the UI, unlike many games that place them in direct sight.

After only three hours into the game, I had received 7 loot chests for completing world events. Some of these are cosmetic but I did get a 200% XP boost for an hour which was kind of cool. Out of all the recent games that have introduced loot chests, Shadow of War does it the best. If this is something that you were worried might seriously affect the game, take it from someone who generally loathes micro-transactions in a full price game that it won’t affect the game at all. They are nothing more than an optional extra and you can easily play through the game without touching them and maintain an original Middle-Earth experience.

Shadow of War is an exhilarating adventure

Middle-Earth: Shadow of War is an impressive game. Thomas and I were lucky enough to attend a briefing and demo at Gamescom this year presented by Michael de Plater. We saw some of the new mechanics and how the game continued on from the previous one. The graphics were another big improvement. Shadow of War is definitely a huge milestone for Monolith and a sign of great things to come in the future. 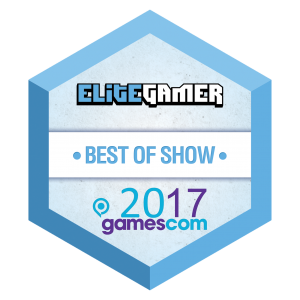 Out of all the games that we saw at Gamescom, Middle-Earth: Shadow of War was the obvious favourite and won our “Best of Show” award. There were some great runners ups but in the end, nothing else could compete with the demo we tried.

I’m not usually a fan of fantasy RPGs. Aside from Skyrim and Shadow of Mordor nothing has ever really taken my fancy. This speaks volumes about Shadow of War and how it can capture a players attention. It’s very player-friendly with no overly-complication combos or special moves. While quick reflexes do come in handy it’s not a hard game to have fun with by any means.

Whether you like these types of games or not, I’d definitely recommend giving it a shot. Shadow of War is going to be a favourite this Christmas and I can’t wait to see what extras might get delivered in the form of a DLC. If it wasn’t clear already, I have loved nearly e everything about Shadow of War so far and I’m only getting started. I highly recommend it for anyone with a slight interest in playing it. If you have played Shadow of War already let me know your thoughts in the comments!