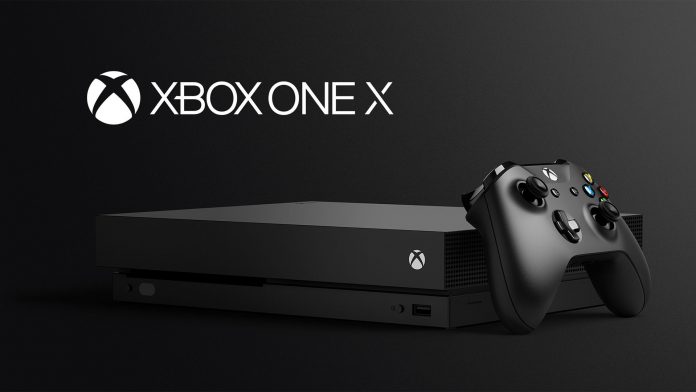 The Xbox One X is finally here and I had the pleasure of receiving one early. The powerful new console has a lot of improvements from its predecessor and packs a serious punch!

Microsoft presented the Xbox One X during E3 2017. This is the console was previously known as Project Scorpio. The device will be launched on November 7, 2017, for €499. All older Xbox One accessories work with the One X. Also, all games currently working on the regular Xbox One (including the backwards compatible Xbox 360 and Xbox Original games already available) will work on the new console. Additionally, Xbox One games will have enhanced performance, even if you only have a full HD TV.

The Xbox One X is much smaller than its predecessor and it seems Microsoft has listened to fans and made quite a few improvements to the overall design. Firstly, the shell is matte black instead of gloss. This is a major change and means that it will be a lot harder to cover it in fingerprints and has a much cleaner look overall. The vent at the top has also moved to the back, meaning that the console won’t fill with dust as much. it also helps with the sound level and any overheating issues.

One of my favourite improvements is the power button. Yes, an actual button! I have forfeited many a game because of the old power sensor. Even if I was reaching over to grab my coffee, as long as I was close enough then Doo Doo Doo, the console goes off. It still lights up but it’s smaller and cleaner. It still has the sensor but it’s not as sensitive and much easier to navigate. There is also a front-facing USB 3.0 port instead of on the site. This makes it much easier to plug in a controller or a smartphone without having to move the console too much.

Microsoft has previously released most of the Xbox One Xs specifications so it comes as no surprise to see that is has 6 teraflops of GPU power (compared to 1.4 on the Xbox One S, 1.3 on the Xbox One and 4.2 on the PS4 Pro) which means that the console has a lot of computing power.

Microsoft uses a custom GPU engine, clocked at 1,172 MHz, which is an increase compared to the old Xbox One (853 MHz) and PlayStation 4 Pro (911 Mhz). Also, the Xbox One X will feature an Ultra HD Blu-ray player, suitable for the new 4K discs, and 1TB of internal storage. In design, the One X seems a bit like Xbox One S, which Microsoft released earlier: Microsoft even calls the design ‘the smallest Xbox One’, in response to the criticism that the Xbox One is quite bulky. While it is much smaller than the original Xbox One, it is also far heavier, this probably has something to do with the internal power supply rather than external. 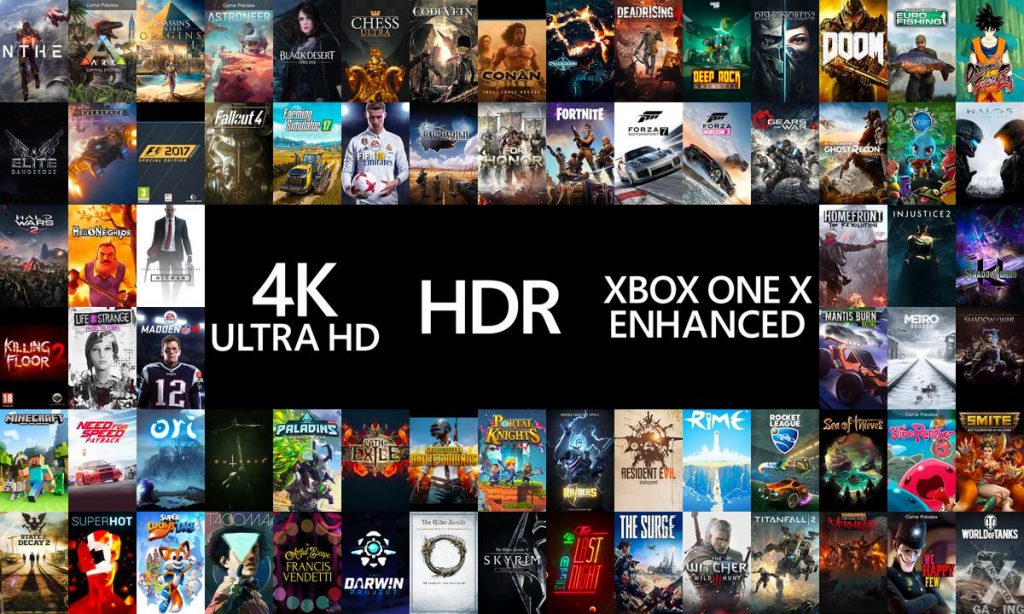 One of the first titles that will make full use of the Xbox One X capabilities will be Forza Motorsport 7 (which was announced during this year’s E3 presentation). This racing game will be played in 4K and sixty frames per second. The game released earlier than the console itself, on October 3rd, but that’s not unusual: games that support Xbox One X also work on the regular Xbox One.

When the Xbox One X is released, there will be 22 ‘console launch exclusives’. These are games that, as it appears now, will only be available on Xbox One (X) during launch and for a short period of time afterwards (but then will release on PS4 (Pro). The Xbox One will also get access to the games from the original Xbox, that black box that was used in the battle against Sony PlayStation 2 and the Nintendo GameCube. The more games, the better in my opinion.

The Xbox One X is a powerful machine and guarantees the ultimate gaming experience. With 6 TeraFlops of GPU power, 12GB memory and 4k and Ultra-HD support, this console comes with everything you need to get started with the next generation of gaming. The Xbox One X includes support for tons of new titles and many games that are already released. Move over PC gamers because the Xbox One X is the real deal. Are you upgrading to the new console? How do you think it compares to a good gaming rig or the PS4 Pro? Let us know in the comments!

I got one to review for my other job and it is a pretty console. It’s also small and quiet.

Cannot wait to actually use it for its purpose next week. HDR and 4K FTW!!