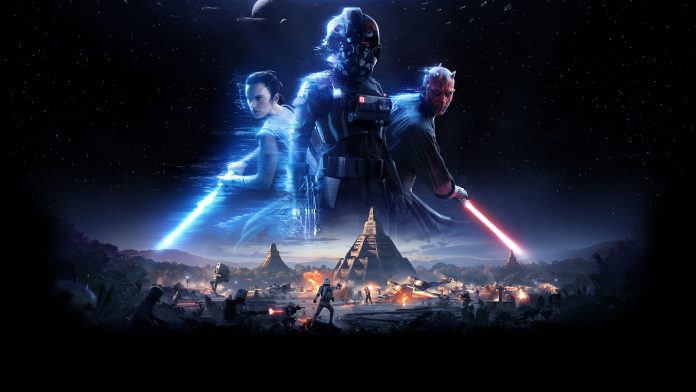 We’re just days away from the release of Star Wars Battlefront II, and already EA is having to find themselves defending the game.

It seems that microtransactions are the new thing in video games now and it certainly hasn’t taken EA long to p!!$ off a whole lot of fans.

If you haven’t been following the latest goings on in this Battlefront II saga, then let me enlighten you. It turns out that in multiplayer certain characters like Darth Vader and Luke Skywalker are locked, with you having to spend real-world cash in order to unlock them straight away. You can unlock them without spending cash but as Kotaku put it “it could take up to 40 hours of multiplayer matches to unlock just one of them”.

Even if you buy one of the special editions of Battlefront II, like the deluxe edition, a host of characters will still be locked until you either pay or play for a ludicrous amount of time to just unlock one character. Now, EA, as is their way, tried to explain why the game is like this but in the end, they kinda made things worse.

“The intent is to provide players with a sense of pride and accomplishment for unlocking different heroes,” reads a post in response to a Reddit question as to why after spending $80 on the deluxe edition, he found Darth Vader locked behind a paywall.

The EA Community Team went on to say :

As for cost, we selected initial values based upon data from the Open Beta and other adjustments made to milestone rewards before launch. Among other things, we’re looking at average per-player credit earn rates on a daily basis, and we’ll be making constant adjustments to ensure that players have challenges that are compelling, rewarding, and of course attainable via gameplay.

We appreciate the candid feedback, and the passion the community has put forth around the current topics here on Reddit, our forums and across numerous social media outlets.

Our team will continue to make changes and monitor community feedback and update everyone as soon and as often as we can.

After the less than stellar reviews for Star Wars: Battlefront, you’d think EA would make sure that nothing that could seriously upset a lot of fans would be included in the final edition of the game. But alas, EA really don’t seem to care. This is what happens when a publisher becomes so big, that they’re not really affected by negative press.

You can’t help but feel sorry for the team at DICE who I’m sure, have worked tirelessly over the last couple of years to make the game fans want to see only to have EA add these microtransactions post-development.