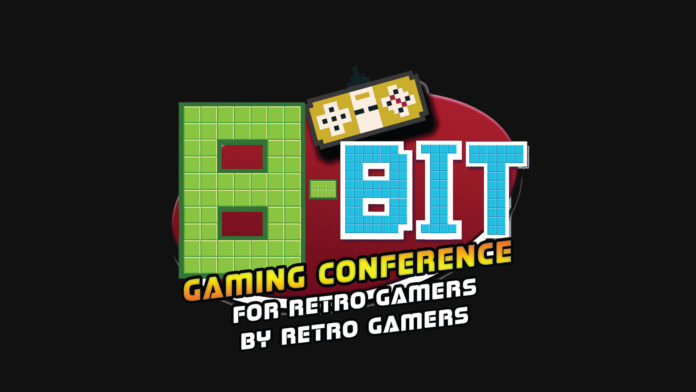 Ireland has only recently adopted the Gaming convention scene from other countries that run events such as PAX, EGX, Gamescom and many more. In the past, we have seen small events such as Arcadecon which closed its doors for good in 2015. Even more recently we saw the infamous Gamercon run by renowned con-artist Ferdi Roberts himself. The event sold 22,000 tickets and became the largest Gaming event in Irish history, however, the venue had a max capacity of only 7000 attendees leaving many people standing outside in the rain. I won’t go into the details on that fiasco but you’re free to check out the link above.

All-in-all the convention scene in Ireland took an ambitious rise before getting quickly shut down due to the ill effects of others. Thankfully the 8-Bit Gaming Conference repaired a lot of that damage. The event was run by Graeme Moore who is also a Retro Gamer and told me that in order for the gaming scene to be a success, those organising it have to have the same passions as those that want to attend. The event was held in Griffith College in Dublin and had some of Irelands favourite names in gaming.

The AllCast Irish Gamers were there with their cheerful personalities and even more colourful suits. They held a panel debating old consoles and games versus more modern ones and if they still inspire gamers as much. Ronan Fox from Alpha Zone Gaming held a panel talking about their Podcast and all the work that goes into it. The entire panel was recorded and uploaded as a podcast too. There was also a group called the Guild of Nerds who were organising cosplay competitions.

Downstairs there was an “8-Bit Arcade Zone” filled with authentic full-cabinet arcade machines as well as a bunch of table-top arcade machines from a new company called Mini Arcade Systems based out of Ireland. They had a huge range of branded machines with a wide variety of games. Perfect for anyone who can’t wait for Stranger Things Season 2 to drop next week!

The main hall was constantly buzzing, there was a lot to see and do and there wasn’t any areas where people would avoid. All of the vendors were in some way Retro-inclined. Rage, Dublins own Retro supply store, was there of course along with other stalls selling retro systems and games. By the main entrance as you walk in there were several tables with “Pixel Art” merchandise, something that’s becoming increasingly popular.

There were a lot more attendees than I had anticipated, over the days prior to the event we had to correct a lot of people and explain that the event wasn’t run by the Gamercon organisers and were in no way affiliated with them at all. I’m sure this didn’t help the 8-Bit organisers in any way and would have probably resulted in more attendees.

Overall the 8-Bit Gaming Conference was great and I think it restored a lot of faith in the gaming event scene. The response from other attendees and even from vendors was very positive and everyone I spoke to seemed to feel they got a lot of value out of going. For a two day event it was well organised and a lot of fun. The location was a bit annoying as Griffith College isn’t the easiest to get to and I ended up going around the whole campus looking for the entrance but once I got there that was quickly forgotten about. In the end 8-Bit delivered a great high quality event and I can’t wait to attend again next year.