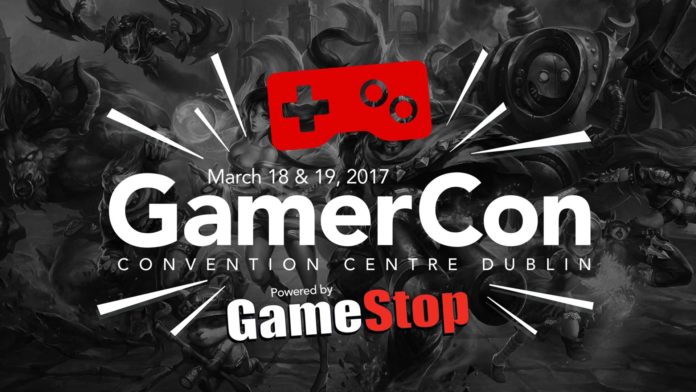 Elite Gamer staff were in no way affiliated or paid to promote by GamerCon — Our views are our own and come from our own personal experience from attendance at the event.

Unless you have been living under a rock these past few days you have probably heard about GamerCon — a new event that claimed to be the “Biggest Gaming Event in Ireland’ and about several of the obstacles encountered throughout the weekend. 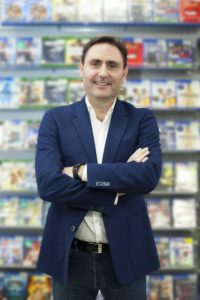 GamerCon was founded by Ferdi Roberts. Having founded and run a successful strategic consulting business, with interests spanning both North America and mainland Europe, Ferdi founded SaaS Markets to enable businesses and employees to easily discover, access and manage their business apps in the cloud.Ferdi had been living in the US for the past 8 years and frequented many of the gaming events. Ferdi owned an apartment directly across from the San Jose Convention Centre in Silicon Valley where many gaming events were held.

I arrived around 8.55 for a Photo Op with Ferdi but there was no word on if that was still happening. Once inside I had a wander around to see what was happening. The ground floor was quite impressive there were stands from big names such as Microsoft, Sony with VR and SoundBlaster. The next floor held the competition arena for the CS:GO and League of Legends teams. Elite Gamer sponsored two teams; Instinct Gaming and Wizard Ninjas, so I popped over to say hello. The hall looked well laid out and there was lots of room for attendees to walk in and take a look around without causing too much interference.

At 9.45 I headed up to the media room to meet with Ali-A, Claire Siobhan and UberDanger. This was a general media q&a. Heading back down around 12.30 I received a text from two of our staff saying that they were not being allowed in, the venue was over capacity with 7000 people currently inside. This went on for several hours and many people started to grow impatient, Darren Byrne (@larsson) tweeted the photo below showing a section of the halted queue.

At 1.47pm GamerCon posted the below status saying that they were working through the queue and that they had to wait until more people left the venue before they could start allowing more people back in. They also opened up the option to receive refunds for tickets but refunds would only be processed shortly after the event had ended.

At 3.45pm the queues had eventually been worked through

Sometime between the massive queue and twitter exploding under #GamerCon, the event updated their terms and conditions to include the following:

3.4 Please note that we are required to maintain a safe environment for our attendees at all times and as such are subject to the capacities of the venue and the rooms / halls therein.  Access is therefore not guaranteed, should such capacities become a challenge or be in danger of being breached.  Equally, should you choose to leave the venue at any time, re-entry is not guaranteed.

This sparked more outrage from ticketholders as this change was made after most people standing in the queue had already bought and paid for their ticket. To make matters worse the @ferdi_roberts account was also was deleted, more than likely to avoid all the confrontation the account was getting from angry attendees. This was a strange move in my opinion as Ferdi could just have easily made his account private.

To top it all off there were only three security personnel at the front of the queue which resulted in many queue jumpers, people getting pushed into the streets and a few fights even broke out.

The extended queues were a definite issue with the event and the main focus of outrage but there were also some pretty good aspects to it as well. Keep reading to find out.

I actually worked directly with Ferdi in San Jose at Saas Markets. Ferdi was always a micromanager that didnt follow through. The company had a 50% turnover rate, he was convinced he understood more than the people he hired to do the jobs and when he seriously screwed up things to the point that the company would collapse, he would scream at everyone around him to fix it. The company went under to the tune of approx 2 million and the VC (had to dissolve it; Ferdi spun this and being bought. Ferdi seems to be turning his same tricks… Read more »