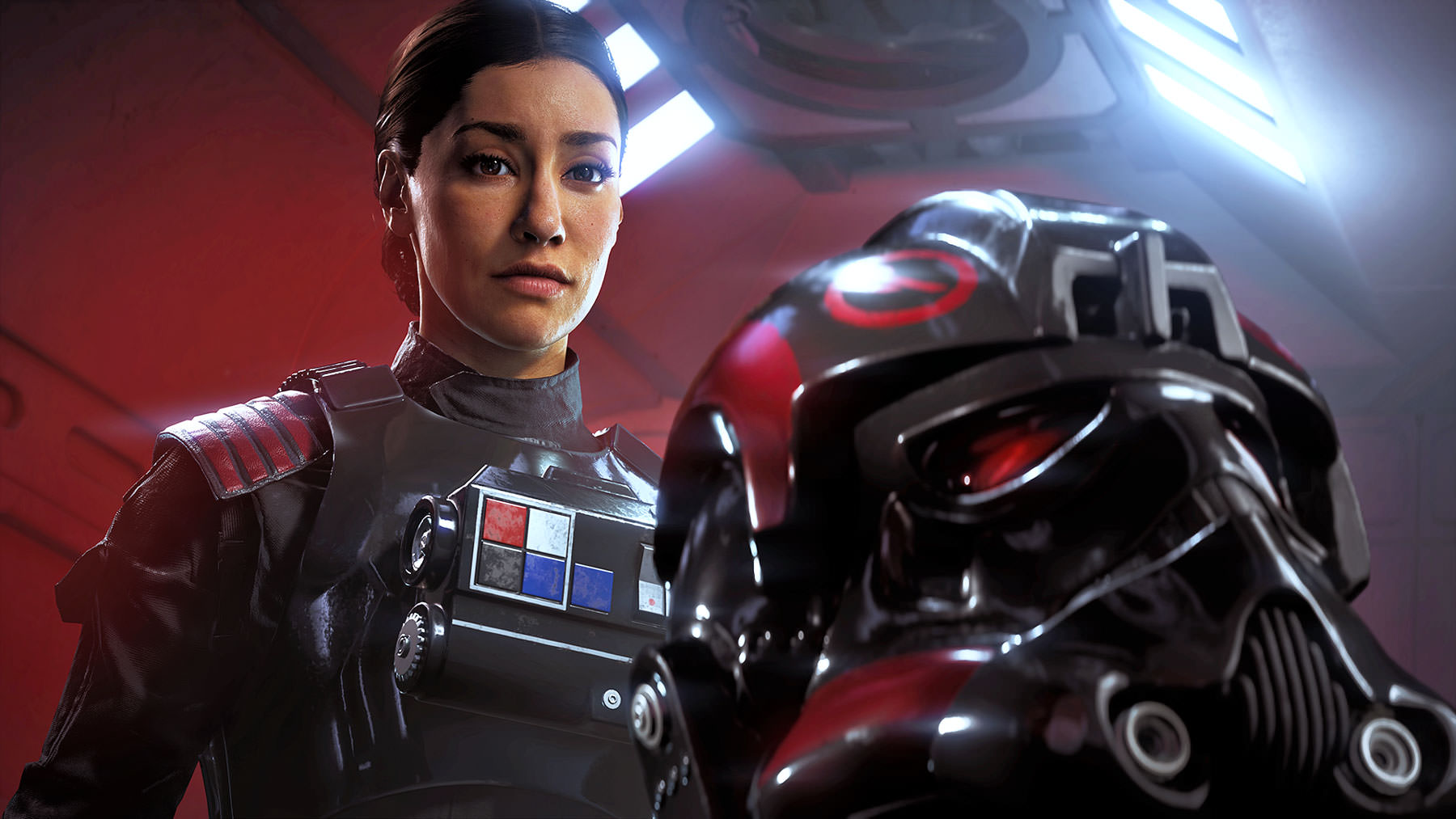 EA had moderately botched Star Wars Battlefront in 2015; giving it the same name as the game it would compare highly unfavourably to, stripping out a single-player campaign, locking huge parts of SW lore behind a paywall and having the thinnest combat mechanics of any modern shooter. SWBF initially sold well thanks to sharp marketing and public thirst for the Star Wars franchise but saw huge numbers of trade-in after just a few short months.

While Star Wars Battlefront II is still everything EA promised, there are some nasty surprises that many players will find hard to ignore

Not since No Man’s Sky has a video game launched in such internet-boiling controversy. Star Wars Battlefront II had looked so good from a distance. We had lapped up the trailers and the beta. We cheered the lack of a Season Pass. We pre-ordered it by the tonne. While Star Wars Battlefront II is still everything EA promised, there are some nasty surprises that many players will find hard to ignore.

For the vast majority of the 6 hour single-player romp, gamers will find themselves in the nano-fibre combat boots of Iden Versio, Empire grunt and one-time nepotism accusation-in-waiting. Versio witnesses the impersonal brutality of the Empire and has bit of a change of heart. No spoilers. 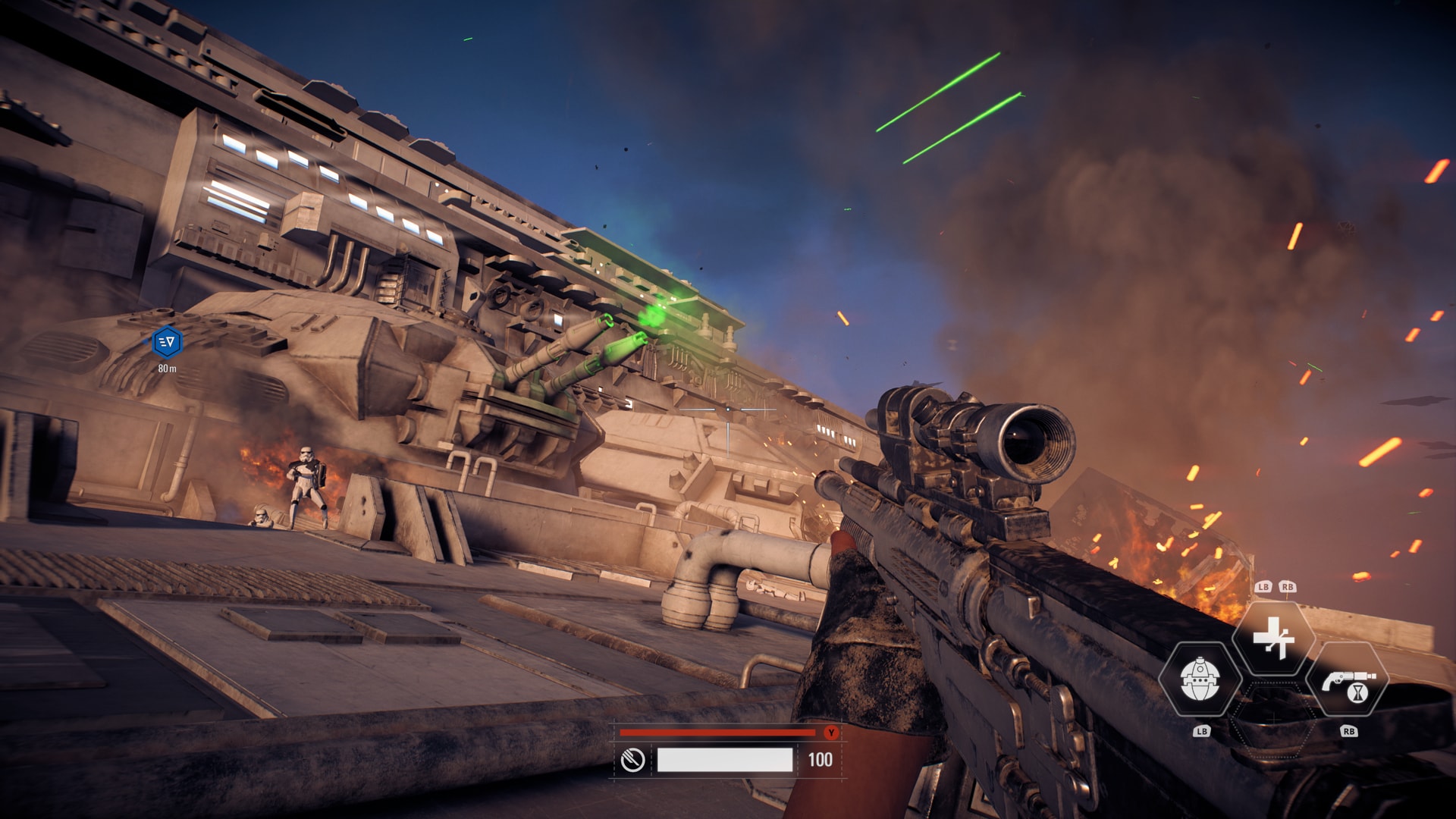 The story itself is wholly ‘Star Wars’, laden with themes of betrayal, moral ambiguity and the complexities of ‘gunship diplomacy’ amidst an epic series of battles in space. Versio is an empathetic character who despite a burning desire to succeed, retains her humanity and is deeply affected by her personal relationships throughout the tale.

The journey also sees players hop into series’ favourites Han Solo, Luke Skywalker and Princess Leia. Each character has a few chapters to get some adventuring in, all while practising for multiplayer. There are also some excellent, if predictable, set pieces. Tie Fighting, X-Winging, AT-ATing, forced walking, forced Walkering, all of action-shooters’ rich tapestry. Including unlockable abilities and weapon upgrades but more on that looming ‘Death Star’ later.

While the campaign is a rich spectacle with arresting visuals, lore-friendly narrative and a satisfying climax in pitch-perfect ‘Star Wars’ tone, the core mechanics and the depth of play aren’t any more developed than SWBF (2015)

The finale is a classic ‘good ending but…’, leaving the player with a couple of questions that they may or may not care about the answer to. The dream sequence at the very, very end involves a forgettable and unnecessary character and it feels a little tacked-on. 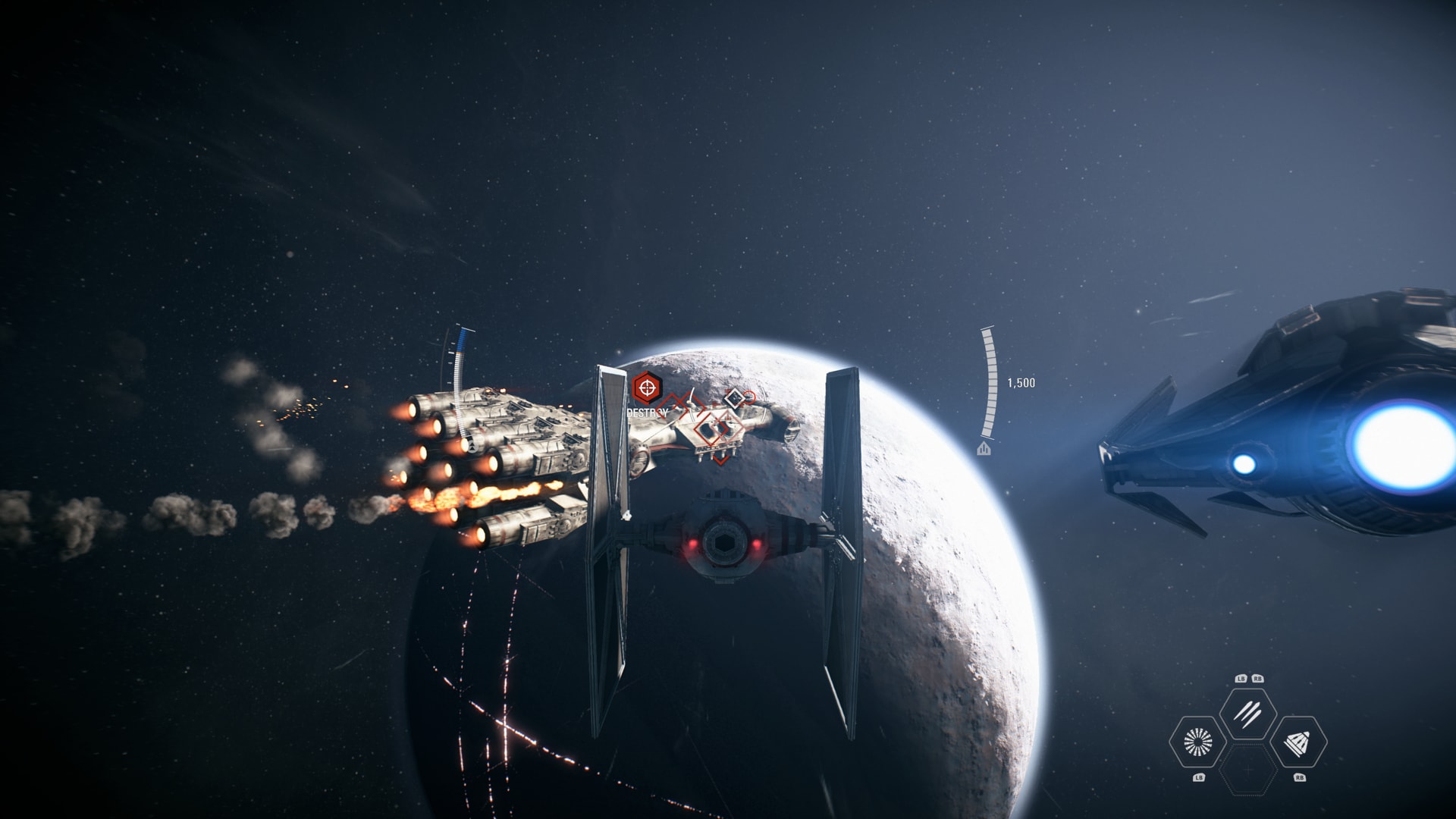 While the campaign is a rich spectacle with arresting visuals, lore-friendly narrative and a satisfying climax in pitch-perfect ‘Star Wars’ tone, the core mechanics and the depth of play aren’t any more developed than SWBF (2015). What lore is added in Star Wars Battlefront II will please franchise fans and carry gamers less familiar with the series but it won’t gloss over the fact that not much has changed mechanically – the campaign could have been standalone DLC for SWBF (2015).

The PvP is where Star Wars Battlefront II’s best and worst can be found. With five main modes to explore, there isn’t much outward variety. However, the 18 maps available are all richly detailed with some stunning landmarks to behold.

The maps do a lot to alter the gameplay with a great mix of terrains, levels of cover, range of verticality etc. The use of Heroes, Villains or vehicles now depends on player-score or score streaks rather than the token system of SWBF (2015). This also aids the unpredictability of PvP matches as players can hoard their scores for a big finish or take their bonuses early to catch the opposition off-guard.

Another huge change is the addition of a class system. Players can choose from four basic classes, Assault, Heavy, Specialist (sniper class) and Officer. Officer is the most interesting type as the others are common in MP first-person shooters. In this role, players will support their team with buffs, healing and horrible turrets. Seeing nobody on your team pick Officer is a bad omen as the role is hugely under-rated and as such is picked only by those who know what they are doing.

Map modes like Strike, Blast, Heroes & Villains and Starfighter Assault are straight follow-ups/variations on SWBF (2015) battles. Strike is an asymmetric battle over a package – one must destroy while getting mercilessly chewed up by snipers or vice-versa. Blast is a straight-up TDM.

Starfighter Assault is another disappointingly shallow arcade-shooting gallery. However, the craft have some customisation options to add some much-needed tactical depth this time around.

Star Wars Battlefront II adds a ‘Galactic Assault’ mode, an asymmetric large-scale battle with two phases on shifting maps. 11 of the maps are available to assault or defend in this mode and credit must be given to EA for the variety and for giving fans the locations they wanted like the Death Star II, Naboo and Endor.

Technically speaking, we have lost a mode or two in the sequel but some of the previous iteration’s modes have been absorbed as objectives in certain modes while others were deemed surplus to requirements. This games journalist expects the addition of more modes and maps over time.

The ability to spend real-life money to obtain something you want by chance is basically gambling; this is no different

The progression and upgrades system in the game is, frankly, horrible. The majority of content is obtained via loot-boxes earned through the campaign, MP play or real-life currency. Each box contains some mix of superficial content like emotes or helmets with important gameplay-affecting items.

With a huge number of upgrades like passive boosts and active abilities available for each hero, villain, vehicle and each operator class, it will take thousands of loot crates to amass but a fraction of the available content. Simply unlocking and upgrading the weapons of choice for one or two of the four main classes and your favourite heroes/villains is a matter of repeatedly rolling a dice after some serious grind.

The ability to spend real-life money to obtain something you want by chance is basically gambling; this is no different.

One of the largest of many crimes-by-omission committed by Star Wars Battlefront (2015) was being free of a tangible single-player narrative experience. Instead, we got a tutorial and ‘interpretations’ of battles from the Star Wars universe which were basically what Arcade mode is in SWBFII.

Arcade is essentially the main event from SWBF repackaged and sent to the corner. A player collects stars by hammering dozens of bots across the game’s many maps. It’s no more than a side-show but it is great couch co-op fun.

Much of the good will amassed pre-launch has been firmly shivved by unnecessary progress convolution trying to mask greed. Without the painfully obvious forcing of in-game currency sales, Star Wars Battlefront II is a marked improvement in scope and lore development over its predecessor.

The campaign, sorely missed in SWBF (2015), tells the story of just one brave soldier in a grand plot and leaves a player hungry to continue the epic space conflict in its other arenas. Only to learn of the lengths they must go to in order to properly enjoy the game they have paid for.