NewsPaperGaming News, Reviews and Previews
More
Home Review The End of the F***ing World review: A Tense Dark Comedy that... 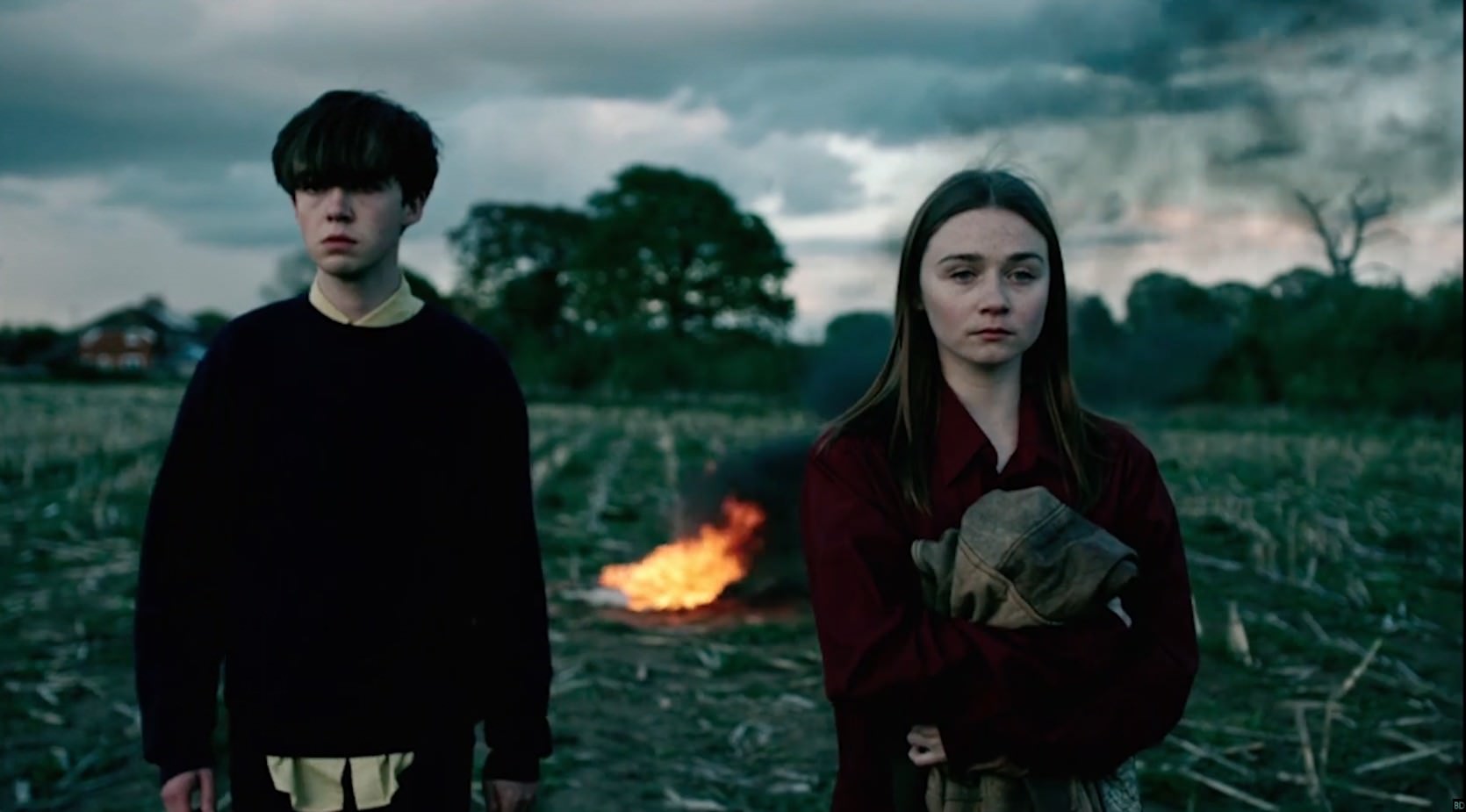 I was in a funny state when I was asked to take a stab at The End of the F***ing World.
My editor said “It’s getting mixed reviews, some have told me it’s a load of crap” which sounded like a challenge. Of course, I’d seen The End of the Fucking World many times in Netflix selection lists. but the open title (which could be seen as very literal, zombies, apocalyptic in a Simon Pegg style narrative) left this tale on hold in favour of Nancy Botwin (my TV BAE) and El Chapo documentaries (it’s all my boyfriend seems to want to watch and Netflix is rife with them. They looove The Chapo ever since Narcos became one of the internet’s big blockbuster moments.)

Upon seeing it was produced by Channel 4 my doubts were still lingering but softened in knowing Channel 4 was for a long time the only major British network putting out real stories through inventive direction and projects that were always talked about purely for the fact that their content was always good brain food that created discussions around parts of society that for one reason or another were largely left in the dark their stories untold.

Black Mirror, for example, started out on Channel 4 and continues to be a pioneer in television both for imaginative storytelling and its ability to weave tension that speaks to everyone even if graphically as it circles back through human narrative it leaves other wishy-washy selections dull in comparison.

Expectations were low, I was expecting something Sci-fi mixed with dark humour. Luckily for TEOTFW, it’s almost what I thought it was going to be. But way better. The dark humour is here in spades, from the opening monologue explaining why one of the protagonists James feels he’s a psychopath recognising at the age of 8 that he had no sense of humour, the display of animals that he’s butchered are nothing in place of the downright spooky delivery of this characters inner dialogue which is spoken so matter of fact and calmly that it convulses me, gives Hannibal Lecter vibes with his the dead glazed over eyes and lack of drive for anything other than killing something sizeable James is a character I’m equally repulsed and frightened by.

This is much in part to the brilliantly polished performance by Alex Lawther as he feathers out a truly scary mind frame of a seemingly quite unredeemable character and manages to soften the harsh exterior and makes his transformation through this chain of events something humane.  With a script that is unapologetically British, there’s a moment of fourth wall acknowledgement by Alyssa as they stand to watch the car they’ve robbed combust saying “If this were a film we’d be American.”

What “The End of the Fucking World” turns out to be, is a Thelma and Louise story broken down brilliantly into 18-minute fragments of concentrated British snark and unnerving plot movements with characters both irritating infuriating and at times endearing as they continue to bite off more than they can chew. The bratty one-liners from Alyssa are delivered by Jessica Barden with such brazen timing and quip frank teenage brassy talk that it’s hard not to enjoy her and in turns fear for her as she continues wandering down James’ path of cruel intentions unbeknownst he’s got bloodlust that can match any killer clown. He really thinks he’s the British Ted Bundy and is unapologetic in that fact as he is at home in it.

While James is clearly eager to murder Alyssa, he’s also miles ahead of her in almost every killer instinct, except it’s Alyssa and her nerves of steel that drive the plot and James to new heights of comedy and risk. All she wants is to get away from mundanity. She want’s to be reunited with her father (an Irish hippie living out of a caravan with little to no responsibility living in stark asymmetry to her mothers clinically boring suburban lifestyle with a pervy stepfather and a pair of twins that seem to leave Alyssa on the backburner in turn for keeping up a Stepford wife existence. 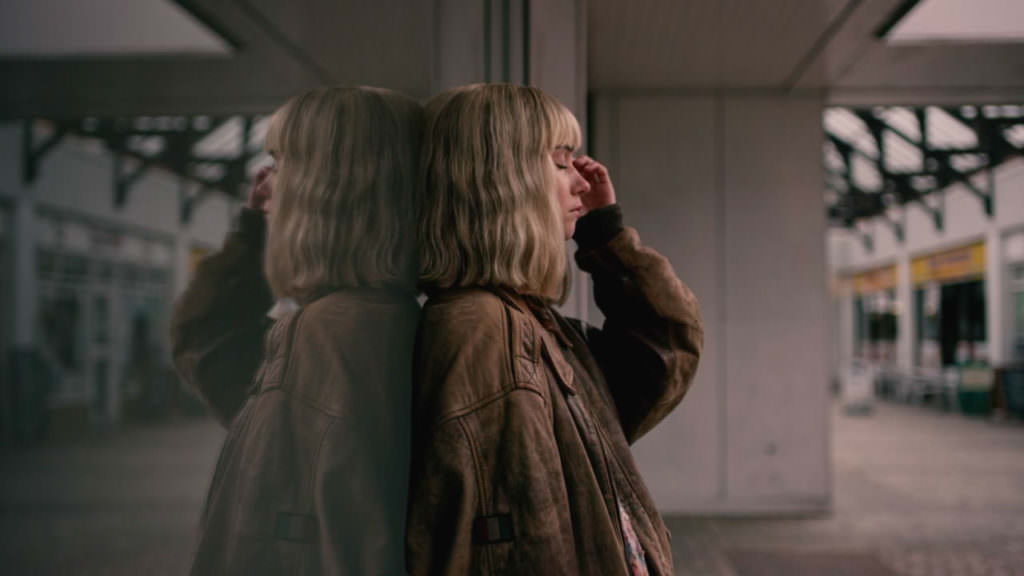 Alyssa is angry. She’s been felt up, ignored, neglected and wants nothing more than to run away, seeing James is taking a liking to her (though how deep and sinister of a liking remains unclear to her throughout) she takes full advantage and in turn makes James the second in command following her orders willfully not realising each time their plans turn awry that she’s avoiding carnage at his hand.

As the script references their respective families it’s easy to see how characters as juvenile as these can manifest from single-parent detachment to creepy stepfathers you’d like to throat punch there is undeniable venom within their motives of running away that the average viewer couldn’t argue with.

Alyssa is the secret to this shows plot as she catalyses emotions James didn’t previously think he had, and as the series unfolds we begin to see the softening of a psychopath leading to a fascinating turn of events when the duo eventually run out of luck.

Secondary characters are equally entertaining as they are let downs, consistently luring the kids into various states of danger and while they keep running from their previous incarnations as docile quiet teens with wanderlust by the end of the series we see all too real consequences, most notably now that real trouble has been brought down and police do eventually catch up with them (The police following them make for excellent sub-narrative) what will James do with these newfound emotions now that he’s facing charges of arson and murder.

Short and sweet, the series wraps up at 8 episodes. While it can be open to interpretation and no confirmation yet of a second season, this script adapted from a comic book by Charles S. Forsman could very well have continued through a more substantial second chapter though where the plot could go after James gets arrested leaves little to the imagination.

This is the story of a pair of very bad kids, bratty unabashed by social norms (neither of them carries a phone) driven fourth only by their need to make their own lives better, their smarmy attitudes intact. Should the original author give the go-ahead for a continuation this writer can see a second season going down really well as I haven’t seen writing as brazen as this in a British made show since Shameless was on the air. While the whole story has likely been told, The End of the Fucking World stands alone as being equal parts juvenile and grim and thanks to a script so very lifelike to its surroundings hugely entertaining.