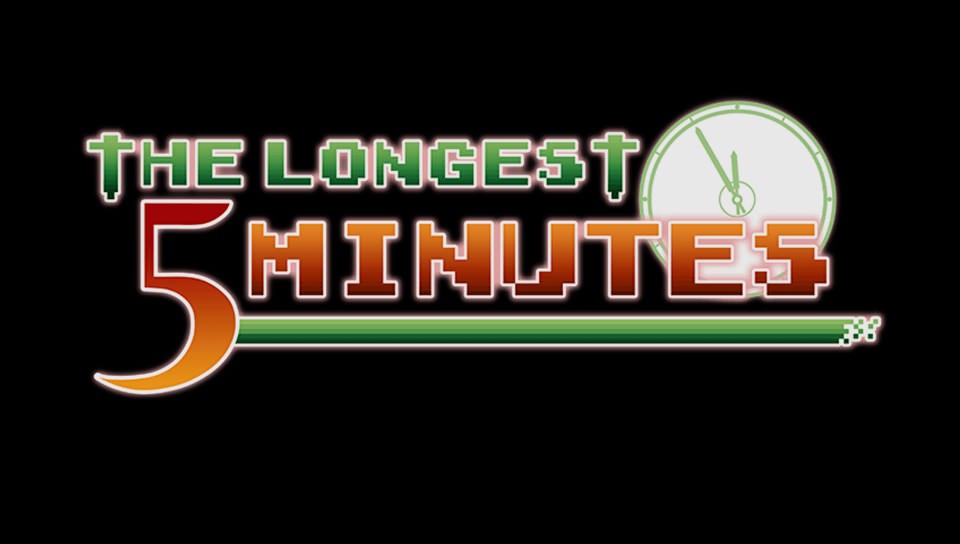 In what is the first obvious sign of unashamed JRPGness – ‘Flash Back’ is not just 95% of The Longest 5 Minutes’ runtime, it’s also the name of the game’s protagonist. Only in the role-play heaven that was 1990s Japan could such a 4th-wall breaking protagonist defeat a Devil King with a coy smile face painted across his ridiculously-barnetted head.

The Longest 5 Minutes starts at beginning of the climatic end with our heroes facing up to the Devil King. This sort of intro, when done right, can be incredibly effective in creating a ‘hook’. And a hook like TL5M’s can be incredibly difficult to wriggle from.

Along with the plot, an interesting pixel-art style, cast of colourful characters and sense of humour combine to encourage most players to continue long after the combat mechanics and flashbacks have worn thin.

If you have ever played a top-down squad RPG before, there is nothing in the The Longest 5 Minutes’ mechanics or even themes that you won’t have come across before. In fact, the plot of TL5M is ripped straight from the SEGA school of 90’s RPGs while its battles are just numbers games and static-images. 16-bit JRPGs had a pleasing habit of having impossibly beautiful soundtracks that belied their chiptune nature – TL5M is similarly a gorgeous mash of sweeping orchestral epics with jaunty jazz and imaginative interstitials.

However, not all of its JRPG tropes were worth preserving – convoluted dungeons and the double-edged sword of random overworld battles are probably best left in the past or amended for modern audiences. This game’s writer loves a maze or a labyrinthine area to navigate through but in The Longest 5 Minutes, each journey into the game’s dungeons seem artificially drawn out and unintentionally confusing rather than challenging.

Random battles just seem unnecessary in TL5M  – it’s a cakewalk from start to almost-finish so players won’t need the extra XP. Random battles just waste time; they create a sense of dread and inevitability as we explore the map but not from feeling worried for your crew but simply annoyed at the inconvenience.

The art can only do so much and the battle-screens eventually bore. The Longest 5 Minutes doesn’t present enough of a challenge to create any tension or suspense so its minimalist battles stand out as one of the weaker aspects of the game.

Strategy, forethought and resource management are more or less unnecessary in TL5M, the game’s back-and-forth nature means that new items, spells and buffs are periodically added to the line-up or swapped out as the player ‘re-experiences’ the story up to that point. 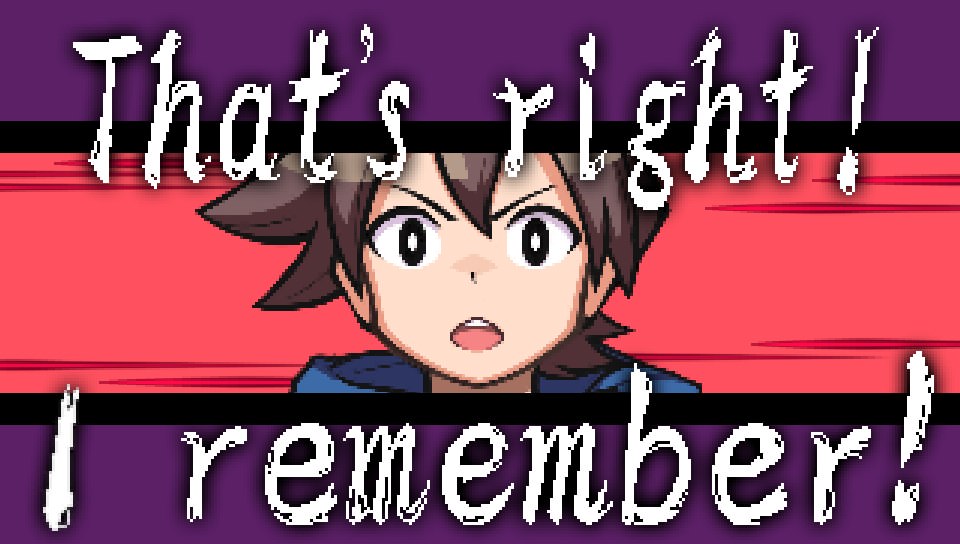 Flash Back and his crew have the most plot-convenient amnesia this games peon has ever experienced. Remembering the exact method by which a sub-boss is defeated right before we meet them gets old – could we not have to figure it out for ourselves for a while?

…TL5M is shackled by its temporal premise

The Longest 5 Minutes is not a very innovative game but it still stands out for its sheer quality of writing, art design, gorgeous world and meaty narrative. Yet despite a good start and its many sterling qualities, TL5M is shackled by its temporal premise. The Longest 5 Minutes feels like its flashbacks undermine any attempt at challenge or making a player feel like their quest is important or dangerous.

There is a sense of inevitability about The Longest 5 Minutes that doesn’t just stem from the game’s central premise – the whole affair lacks the agency and diversity of input/outcomes that come with a good RPG. For all of its loving homages to its important ancestors, it never truly emulates the greatest nor does it add anything to the genre.