A premium look, capable battery and robust build-quality gave the Xperia L1 some serious sellability for under €200. Sony return above the lower end of the market and are hoping to offer more bang for a little more buck with the Xperia L2 now retailing from €249 sim-free. Sony have expanded on the feature-set for the L2 and given it a little performance boost in exchange for your extra fifty quid.

No worrying flexibility, easy to hold with a robust hand-feel

A Step Back Visually

Sony are in the process of upgrading the styling on their handsets. But not being willing to lose too much of their signature style while attempting to keep up with the times just hasn’t worked on the Xperia L2. While the Xperia L1 looked more expensive than it was, the L2 is quite the opposite. The textured but glossy plastic of our rose review model looks cheap and having seen other models up close, I can say the black and gold models fare no better.

The handset curves at the back much like other Sony handsets (including the L1) but it’s more pronounced on the Xperia L2 – it looks second-trimester here. Swelling out to almost a centimetre in the centre from its 7mm edges makes the handset look like it might have botulism.

The 16:9 720p display stretched out to 5.5″ is a bit dim and its factory colour setting is extremely cold

The build-quality is still good however. No worrying flexibility, easy to hold with a robust hand-feel. The Xperia doesn’t feel like toy nor does it feel premium due to its plasticky outer construction.

Screen and Not Heard

Closing in on the mid-range of the market at €249, the Xperia L2’s screen doesn’t pass muster. The 720p display stretched out to 5.5″ is a bit dim and its factory colour setting is extremely cold. The handset is just not legible in bright sunlight and will need some tinkering with colour temperature straight out of the box.

The handset’s chunky size and abundant bezel do the sub-par screen no favours.

The 3,300mAh battery is larger than some flagship devices and average users will have the L2 gladly spilling into day two while power-users can comfortably make it to bed with a few percent to spare

The chassis’ speakers fare well in clarity and fidelity but fall short in bass and presence. Movies or YouTube videos on a train or in the car are out of the question without earphones while using the handset as an impromptu portable soundsystem is not recommended.

The L1’s main camera was barely competitive in its price range and while the aperture has been slightly widened (to f/2.0), it’s not much better than the L1‘s average snapper. 13MP is sharp enough for most people; the quality of capture being more important than the quantity beyond this point. The L2‘s rear camera has the same limited feature set as the L1 with no real improvements in low-light or high-contrast shots.

When taking shots indoors or in late-evening, the camera is quite poor. Burning out the brights or smudging details in the dark is not a pretty sight at this price. I cannot remember exactly what the L1‘s capture was like but it can’t have disappointed me as much. 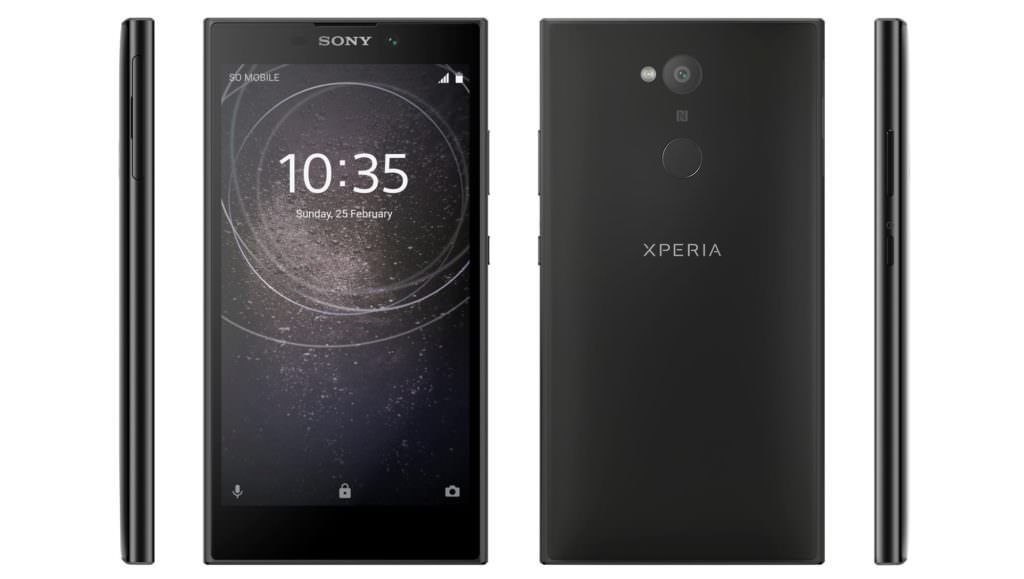 The selfie-camera suffers some of the same drawbacks but can boast a 120 degree wide-angle lens and a bump to 8MP. For when you have friends with low-contrast faces and great lighting, this will be useful.

Video maxes out at 1080p30 – not a crime at this price but the capture is barebones. No stabilisation, some ‘blur’ artifacting during full-frame pans and a relatively dim image all detract from the already modest video capture.

It may take a few minutes to figure out where your money went during the upsell. Thankfully most of it went into smoother, longer operation. The battery life on the L2 is superb and the extra time using it won’t be spent waiting for media to load or apps to open.

An extra 680mAh is a big deal. The 3,300mAh battery is larger than some flagship devices and average users will have the L2 gladly spilling into day two while power-users can comfortably make it to bed with a few percent to spare.

An extra gig of RAM brings the Xperia L2 in line with mid-rangers at 3GB. While there is no increase of clock speed inside the quad-core A53 (1.45GHz), the RAM buff makes the L2 a little snappier than its dad and about as zippy as most of its price-peers for everyday operations. Social media, media playback and a light workload are well within the capabilities of the Xperia L2.

Sony’s Xperia home launcher is amongst my favourites because it is light; what chaff is there is unobtrusive and easy to remove

The inclusion of USB Type-C is very welcome. With a massive battery to charge, that extra power throughput will come in handy. The 32GB of on-board storage can be swelled with a 256GB microSD card.

The addition of a fingerprint scanner is another great upgrade for the Xperia L2. Found near a natural digit resting spot on the rear cover just below the camera, it’s easy to reach. The scanner can’t match Huawei’s offerings for speed or reliability but it’s acceptable.

Sony’s Xperia Home launcher is amongst my favourites because it is light; what chaff is there is unobtrusive and easy to remove. Xperia launcher also comes with some incredible visual customisation options; many amazing design sets are free of charge.

Sony’s Music and Gallery apps are loved by many, loathed by many more. But the custom launcher used on Xperia L2 supports split-screen on a larger selection of apps than vanilla 7.1.1. The 3GB RAM of the L2 mean that split-screen mode is usable and not a jerky mess.

Action-packed, fast-paced games will suffer on the Xperia L2 due to its weaker than average CPU and matching low-power dual-core GPU. Slower-paced strategy or adventure-style games will fare much better due to the large RAM available. The device’s modest screen resolution and low brightness coupled with its massive battery make for long gaming sessions should you choose to do so.

It’s a shame that the well-realised fingerprint scanner, hefty RAM and Type-C charger will be noticed by most long after the aesthetics, bulge and screen

Sony’s proprietary music software has several bells and whistles over the default Google Play but it’s also harder to use. Most people won’t miss their tracks being named correctly titled or having the correct images and track listings automatically updated. Most people will prefer Google Play’s simple interface and ‘obvious’ layout.

Heart in the Right Place

Sony asking for a few extra bob in exchange for a few extra features seems fair from a distance. But a downgrade to its look, the same low-quality IPS LCD screen as its predecessor and disappointing photo/video capture overrule the progress elsewhere.

It’s a shame that the Xperia L2‘s well-realised fingerprint scanner, hefty RAM and Type-C charger will be noticed by most long after the aesthetics, bulk and screen.