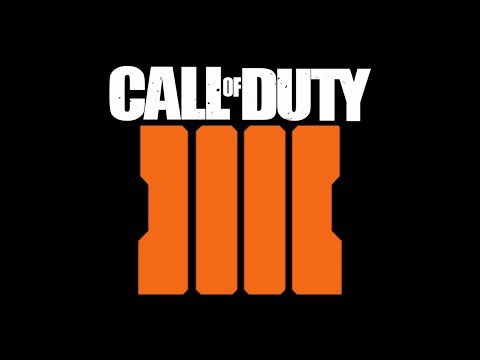 And that folks, is how you do viral marketing.

NBA star James Harden and apparent Black Ops IIII fan was spotted wearing a cap with an all too familiar orange logo emblazoned on it during the lead up to this morning’s game which saw his side, the Houston Rockets, win against the Oklahoma City Thunder.

Sporting a green camouflage outfit along with a black peaked cap with the logo IIII, reminiscent of previous Black Ops sequel logos. The video of Harden was uploaded straight away to the official Twitter account of the NBA on ESPN to instantly be devoured by the internet. Activision is no stranger to using celebrities to advertise their games but with “The Beard” being one of basketball’s biggest names at the moment it’s leading to some speculation that he might potentially join Conor McGregor as a character in the franchise. 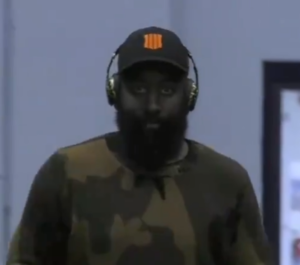 Confirmed by Kotaku’s sources, Call of Duty Black Ops IIII will be the game’s official name and yes, that’s IIII, not IV. We’re not saying that you’re wrong, Activision but I think Rocky IV and Star Wars IV might have other thoughts on your naming choice.

While Activision has not commented, Kotaku’s two sources have also confirmed that the game will take place in the near future with a “boots on the ground” focus in story and gameplay. Seemingly as a response to the poor fan reception of Infinite Warfare’s space setting.

For anyone keeping track of the Call of Duty development cycle, 2018 would certainly line up with a Treyarch release and with a history of Spring announcements for the series, Activision is just spinning up the Call of Duty marketing machine. Just this weekend there was an update to Black Ops 3 on Xbox One and PS4 adding Treyarch’s Infected Mode to the 2015 release which is an odd thing to see with an almost three-year-old game but it wouldn’t be a first for Treyarch.

Black Ops IIII is also rumoured to be released on the Nintendo Switch and support DLC, HD Rumble, and motion controls. It’s still early days yet but let us know what you think of the news. Are you excited to see Black Ops IIII or have you seen enough of the series? Let us know in in the comments section below.