NORTH is a game with a message although game is also perhaps the wrong word to describe it. An experience more accurately describes the hour the player will spend with NORTH. The title is an attempt to tackle the topic of refugees and their experiences in a strange and foreign country. When the player boots up NORTH they are informed that there is no main menu or saving and that the expected play time is around an hour. This reviewer took slightly more than an hour, but the poor controls of the Nintendo Switch port are the main reason for this.

game is perhaps the wrong word to describe NORTH

In NORTH the player takes on the role of an unnamed refugee from a place called the south. The story is told through letters the player character is writing to his sister in the south. The player finds themselves in a city that looks like a Cubist nightmare, a place where it seems that you would never feel at home, or be entirely sure where you are going. 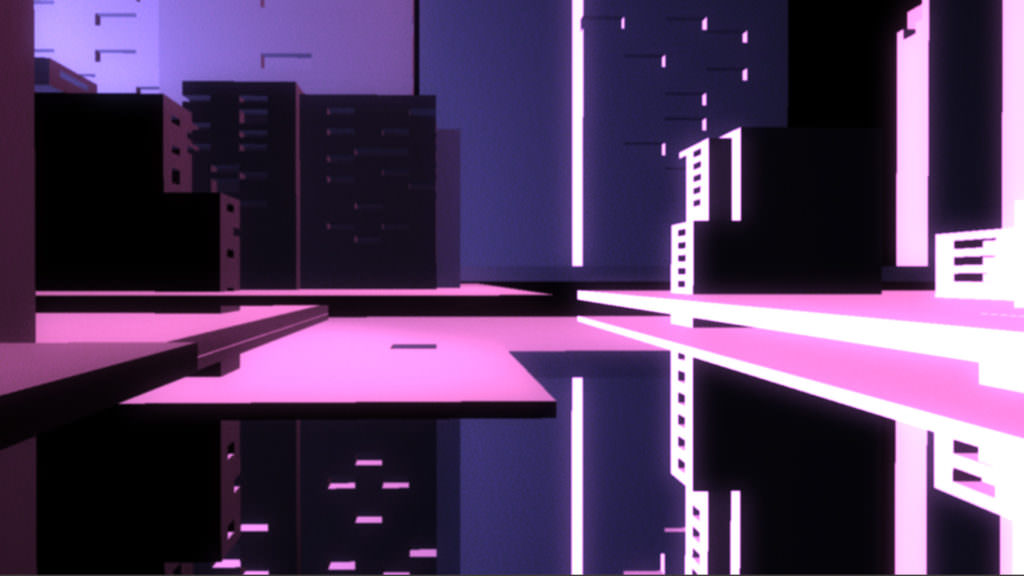 The city itself is inhabited by very strange and alien looking creatures that mostly ignore the player, and occasionally speak in a garbled and incoherent language. The player character is also a good deal shorter that many of these alien creatures and the player finds themselves looking up at the creatures while they seem to stare right past them, in terms of design, I thought that was quite smart.

The sinister synth soundtrack adds layers to the disconcerting and uncomfortable feelings the strange architecture and denizens of the city have already effectively instilled in the player. Normally this reviewer would mention sound design towards the end of reviews, but the soundtrack here is outstanding. Some of the music could very well have been ripped from the B-side of the Blade Runner soundtrack. Its effectiveness cannot be overstated.

The gameplay is relatively simple; the player walks around the city and enters different areas, and then relays the strange experiences to his sister through letters. The player will visit their home which is dingy and overcrowded, you live with several of the native beings who ignore you and behave in strange and unsettling ways. Most of the gameplay is very straight forward but there was one part that left this reviewer frustrated in the extreme.

Very soon into the game the player can enter an area referred to as “Work”, here the player must activate three rock crushers and then crush a rock, this is a timed part of the game and if the player does not manage to get the three rocks crushed, the message familiar to all soulsborne fans is displayed, “You Died”. This brief part of the game was frustrating for the switch because the look sensitivity was far too high and made the character almost uncontrollable.

Unfortunately there isn’t a main menu where that might be changed. Perhaps the aim was to relay to the player the frantic feeling of a refugee who has a job and knows they must hang on to it at any cost since they are in a foreign land with our a support structure like family that they can rely on. Maybe this is the case, but at the time it just felt like bad design.  The developers are getting the benefit of the doubt and I will say that perhaps this is a system specific issue and won’t plague users on all the other systems that NORTH is available on.

As mentioned at the top of this review NORTH was made with the intention of communicating to players the fear and isolation that many, if not all refugees fleeing a war-torn country must feel. They find themselves in a strange country thousands of miles from everything and everyone they are familiar with it’s a scary thought.

A Game with Something to Say

NORTH is certainly not the first game that was made with a message in mind. Video games and their interactivity makes them unique when compared to other mediums, this makes them a great way to communicate a message and to evoke feelings of empathy from the player for the body that they inhabit for a short time. The game I kept thinking of when playing NORTH was This War of Mine. TWoM is a game that tells the story of civilians who are caught up in a warzone, they are forced to scavenge to survive, along with making some extremely difficult choices, while doing what they can to not succumb totally to the grim situation that they find themselves in. 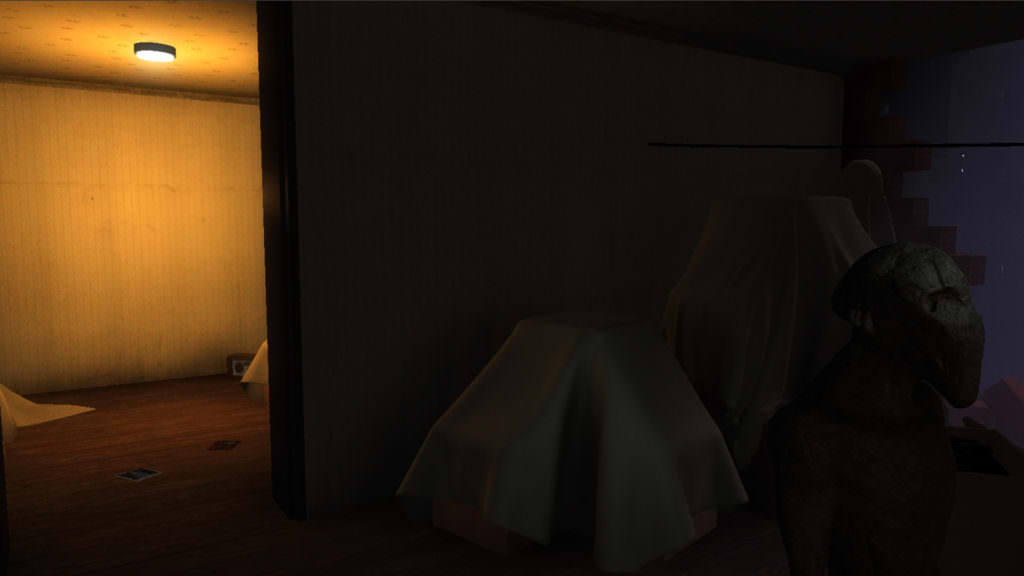 This War of Mine is different, in that it is much closer to a traditional game with elements of resource and people management, NORTH’s aim is evoking the feelings of displaced refugees and I think that it is successful in this aim. The strange environments and stranger inhabitants combined with a wonderfully creepy soundtrack added up to very disquieting experience. NORTH wasn’t enjoyable, but that seemed like the point, it would be unfair to judge it in those terms, ‘effective’ feels like it would be the best compliment to pay NORTH and it was certainly that.