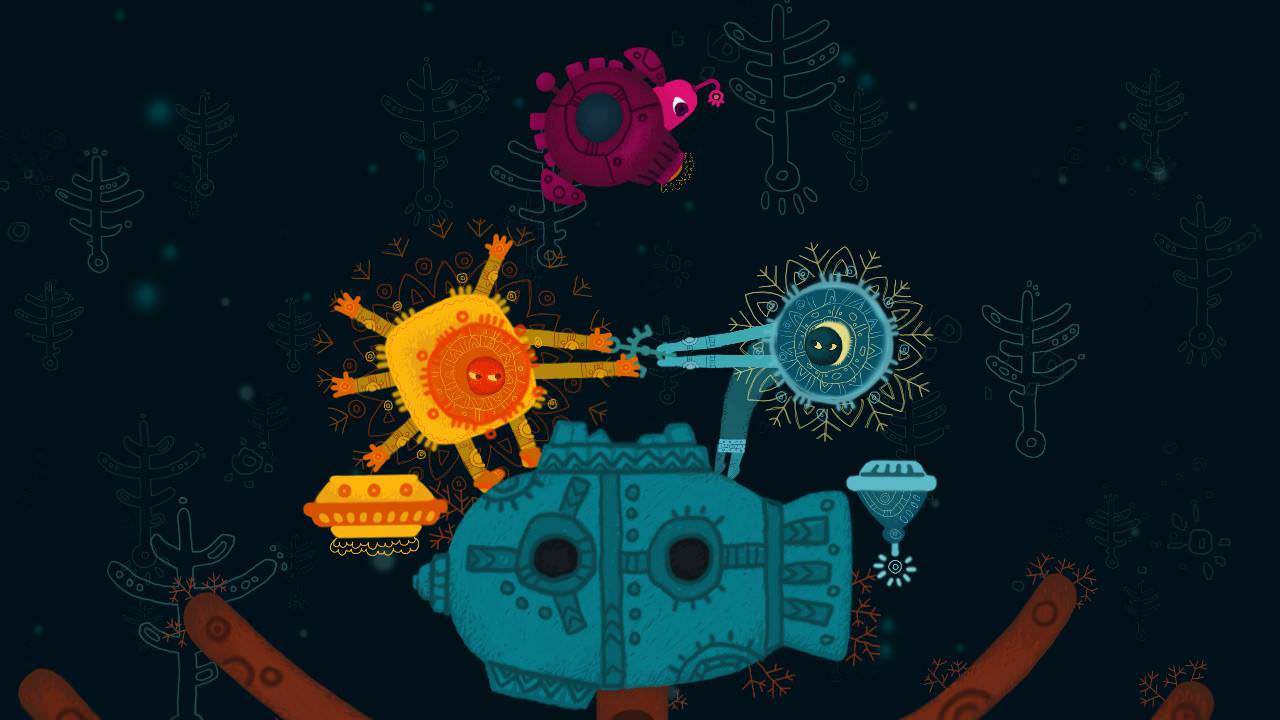 Consider this; a game exists where the premise involves crash-landing on an alien planet, rushing against the clock to find a way off, which culminates in a fight between the literal Sun and Moon. You don’t know much, but you’re hyped. As long as the idea is executed well, the experience should be unique, and play like nothing else.

This game does exist, complete with a name just as unearthly as it sounds. But in the eyes of developer Baba Yaga, the best way to present it is in a demo-sized, point-and-click backtracker that’s illustrated in a character design not too dissimilar to Peppa Pig. Suddenly, the hype train has slowed down.

the title shows some promise. That is until the first 5 minutes have passed.

Despite its premise, One Eyed Kutkh leaves little to the imagination. From the get-go, you play as the titular One Eyed Kutkh – an entity that (Wikipedia tells me) is the ‘fertile ancestor’ of mankind. Our monocular protagonists are travelling across space in its less-than-impressive, seemingly pomegranate-inspired ship. A few button presses have triggered the alarm; suddenly, the space pomegranate is crashing to the surface of an alien planet.

Upon crashing, Mr. Kutkh finds his ship in disarray. While he has located most of the somehow perfectly-preserved parts, one has gone missing. To locate it, he must navigate the planet in order to repair his transportation. A-B-C, as easy as 1-2-3.

As the player navigates their way around the florally-abundant sphere through point-and-click point-and-tap mechanics Señor Kutkh and, halfway through, a parka-clad humanoid happily plod along the surface while encountering a plethora of unusual creatures that wouldn’t look out of place in a PixelJunk title.

Complete with some pretty eye-catching designs, and a pleasantly unusual soundscape, the title shows some promise. That is until the first 5 minutes have passed.

It becomes evident quite quickly that, while the game is designed very well from an artistic perspective, there is not much of an actual “game” present.

While it’s expected that a point-and-click title will require less effort on a physical level than others, it should be mentally stimulating to compensate; innovative puzzles and story development that would sustain player interest are essential. One Eyed Kutkh does neither of these things to this effect. In fact, it can be argued that it doesn’t even do enough to justify classification as a point-and-click title.

Rather than allowing the player to explore areas, the game is presented in an extremely linear fashion, relying on single-press interactions with on-screen prompts that trigger progression. This basal form of interaction is the extent that the game provides across all facets; a symbol will appear above on-screen with an illustration (that’s right, no words folks!). You tap, off you go.

This mechanic translates to puzzle gameplay in the same fashion. You are presented with on-screen options, one of which is correct. However, the notion of choice is about as useless an ashtray on a motorbike; the correct option can be found by simply exhausting all options until the correct is picked, with no repercussions in place should an incorrect decision be made.

The Hills Are Alive With the Sound of Music

In what seems to be a trend with indie-dev Switch titles, there can be some saving grace found in the game’s artistic side. One Eyed Kutkh’s visuals draw comparisons with the likes of PixelJunk, Locoroco and Patapon, and are a welcome displacement from the tediousness of the core gameplay. While lacking in terms of colour variety (everything seems to be a variation of either pink, blue, yellow, or brown), each is used to illustrate thematic differences between sections, and highlight the detail in the planet’s unique surroundings.

A welcome accompaniment to the art style is One Eyed Kutkhs’ soundscape. Composed with an apparent futuristic feel, grainy synths and all, the background audio offers opportunities for relaxation and contemplation in moments of downtime. In terms of player interaction, considering there is no dialogue in-game, sound bites are used cleverly to illustrate character emotion in a hushed dynamic, which accompany the thematic overtones well.

with such a solid foundation, it falls short on offering what could have been a well-executed rival to its comparisons

This is Major Tom to Ground Control

Unfortunately, while the design provides a brief distraction, it’s not enough to divert attention away from the mind-numbing tediousness that comes with playing through the game for more than 15 minutes. A lack of engagement, coupled with an overwhelming sense of repetitiveness would make One Eyed Kutkh hard to even recommend as a free title – the second half of the game is literally a carbon copy of the first, albeit with a different character and colour scheme. 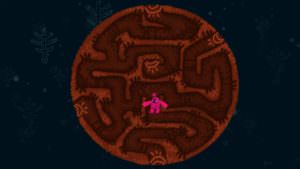 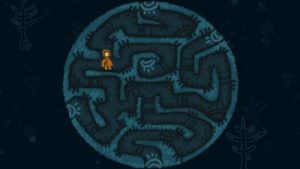 At the end of the day, One Eyed Kutkh presents an interesting concept but does little to justify its own existence. It beggars belief that, with such a solid foundation in terms of imaginative design, it falls short on offering what could have been a well-executed rival to its comparisons. In reality, it reeks of a title that was initially considered as a short film but had basic game features glued on to cash in on a bigger payday. With an incredibly short playtime, over simplistic controls and needless repetition, One Eyed Kutkh is one to avoid.