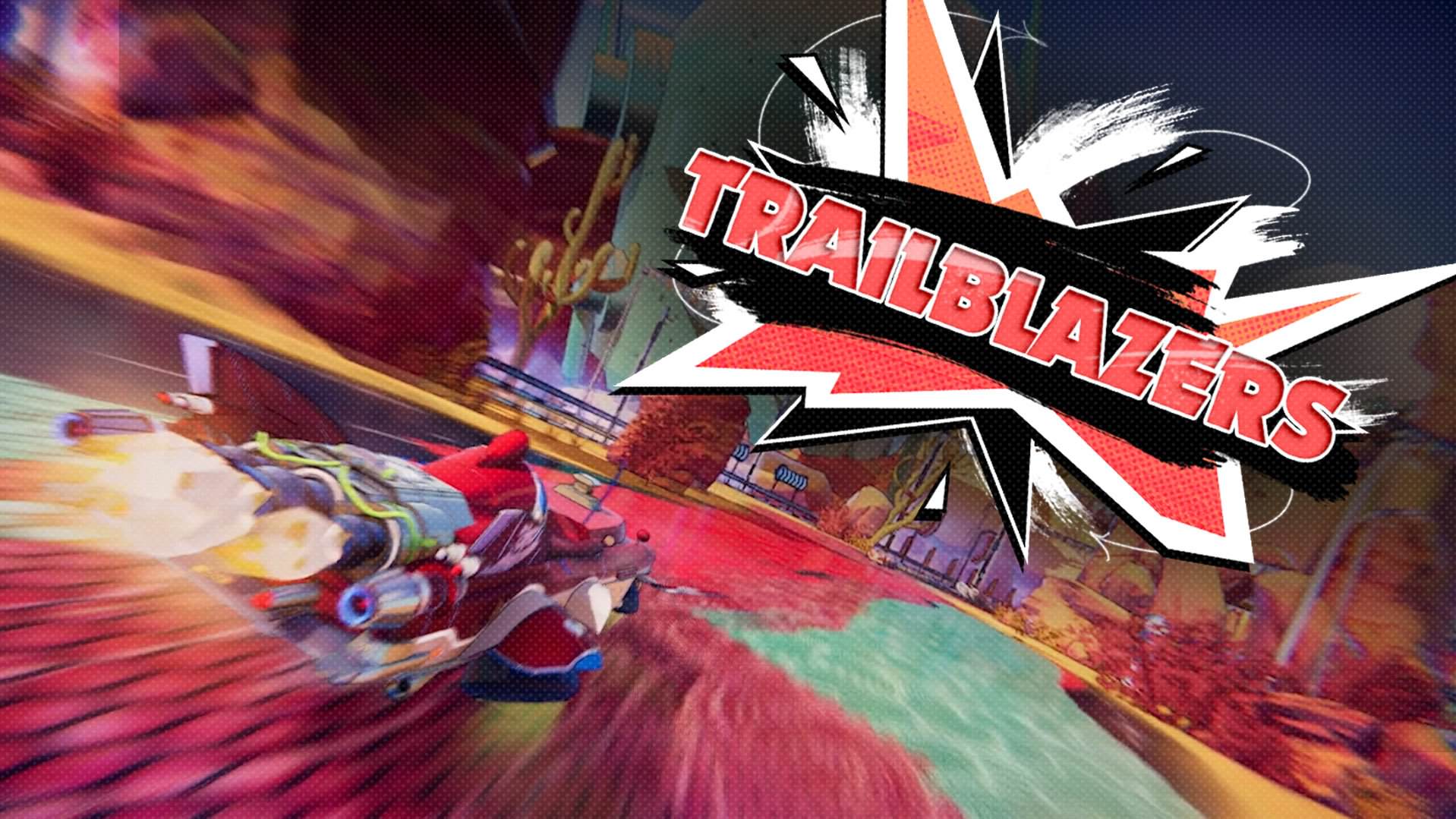 Rising Stars latest venture into the arcade racing genre is one of blatant influences crafted into an individual a fun racer. The main mechanic of Trailblazers is painting the track your teams colour which allows unlimited speed boosts providing your riding the correct colour.

This screams Splatoon as does the quirky menu system. However this is done respectfully and not in a ‘rip-off’ way. Hats off to this rising star for honouring one of Nintendo’s newest IP. On the other end of the spectrum we can see obvious references to the F-Zero series with hover cars and the track design.

Unfortunately, when hitting barriers on the track players can get trapped on them and bounced to the other side of the track leaving them out of the race whilst they turn round etc. Whilst this can get very annoying it makes sense to just get better at the game instead of moaning. 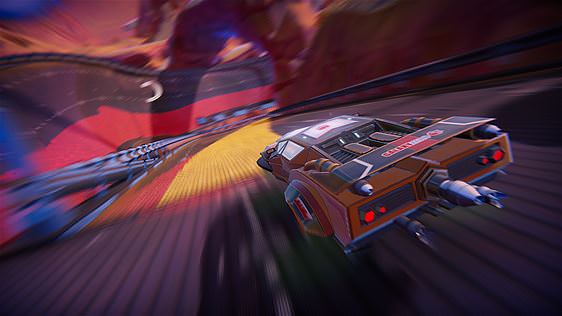 Although one understands the physics of hovercraft-based racers, the turning mechanics still feel a little too floaty, not fine-tuned. Take Wipeout as a prime example, they combated this problem by side dodging and having sharper turn mechanics which point the ship in the direction you want to go just before it started to alter its trajectory. Not a major flaw just a bit of a learning curve.

The general pace and speed of races is quite well balanced, considering that by the 2nd lap players are mostly boosting through. There are lots of nice bends to arc around and obstacles to dodge. The problem for this writer is the range of attacks available, there’s only one which is a real shame. Whilst the attack shoots paint forwards which benefits the user and spins out opposing teams, a paint bomb drop, spikes, ramps or some form of semi permanent paint mechanic would have been an awesome addition.

On the back of this there isn’t any customisation options for vehicles which one was a bit disappointed with. Again going back to weapon choices this could have been a really cool addition to modify Engine power, paint coverage or boost as well as unlocking weapons to mount. This games reviewer is fairly certain if this was Implemented instead of a simple character selection we would have seen a bit of a meta game emerge from Trailblazers.

Speaking of Multiplayer, this reviewer tried multiple times to matchmake using different options as the title will only match up with players selecting the same option as yourself. One had no luck matching up with anyone even when cross play is enabled (good move rising star by the way!) So the Match making in game leaves a lot to be desired sadly.

The character design is heavily influenced by the Hannah-Barbera era of cartoons and rounded on characters with 70’s style space gear. It’s all nicely presented with JRPG style cut scenes with images of characters and there text popping up, but the story isn’t much to sink your teeth into. It’s more or less there to teach you how to play. The characters emoji-style voice reactions aren’t very variated so they can get annoying after a few hours In.

Mostly the frame rate behaves itself and see have a nice 30 FPS experience, however during build ups on the race track this can plummet for a second or two, its not a major issue with the game but it’s noticeable. Lastly the games Soundtrack is full of lesser known artists which is absolutely amazing. Glad to see that Rising Star are thinking about the next generation of musical talent. 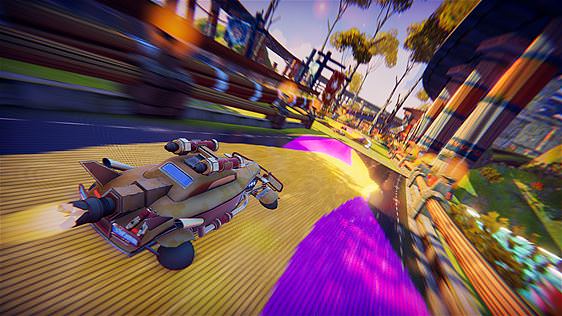 Whilst the bare bones of an arcade meta game are present, unfortunately Trailblazers just doesn’t follow though on it. Maybe that’s OK and this reviewer just wanted more content than an arcade racer should deliver. One thinks the potential for expansion DLC or a second title in the series is massive, take note Rising Star!