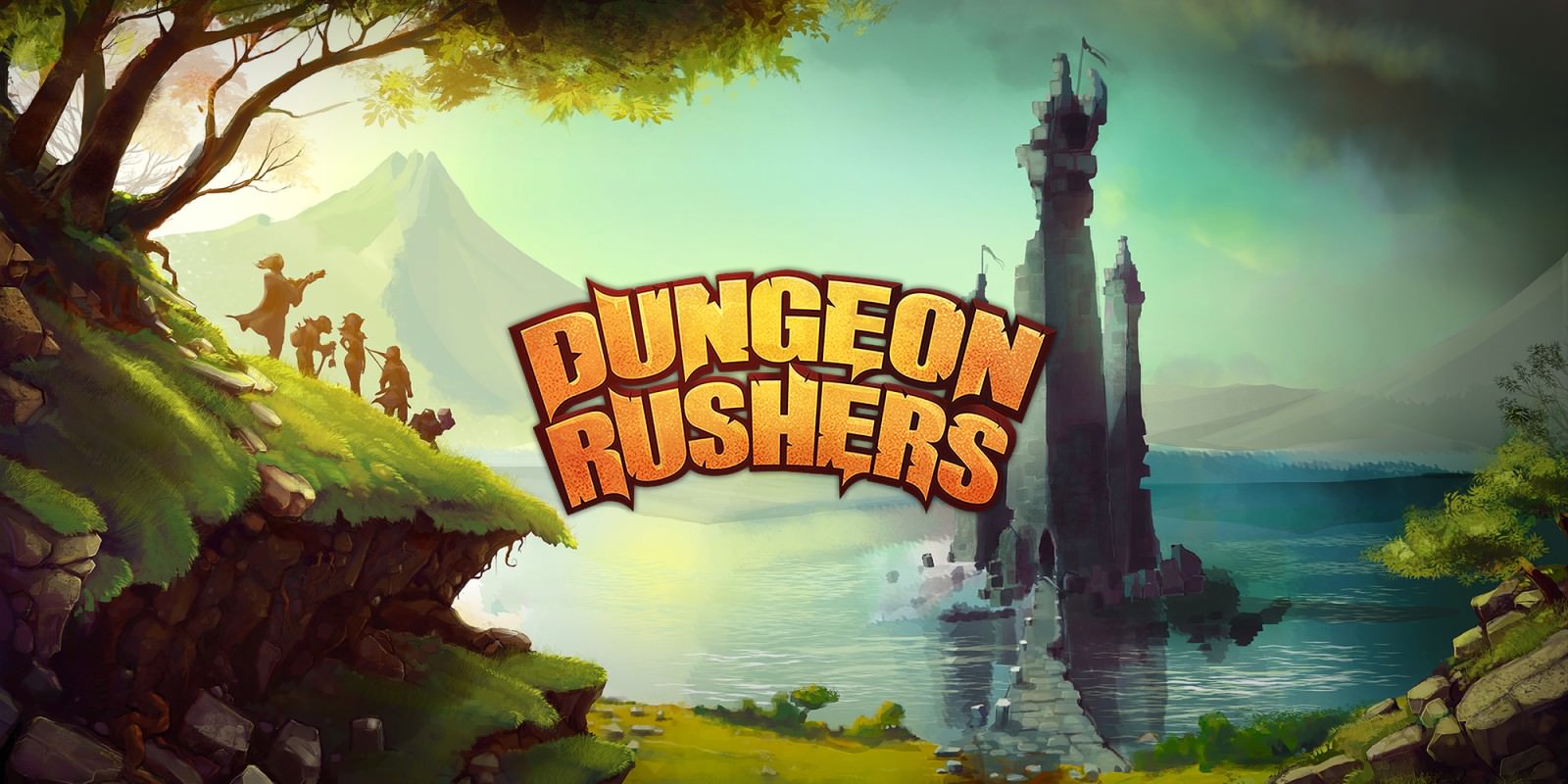 This games writer brings from the fray a little dungeon crawler entitled Dungeon Rushers. Players take on the role of a mind-numbingly boring jobsworth who decides he wants to get rich quick. As said youngling sets forth on his adventure, he meets various quirky characters that become his travel companions.

A dwarf accountant for example who states on numerous occasions that he isn’t much of a fighter but can rock the powers of Thor Odin-son. This is one of many attempts of Dungeon Rushers crappy humour. Imagine if you will a Sunday schoolteacher, greeting their weekly flock with terms like “Yo dawg” and “How is the chillin’ in the crib going there, sport?” whilst throwing gang signs like they have sporadic withered hands. 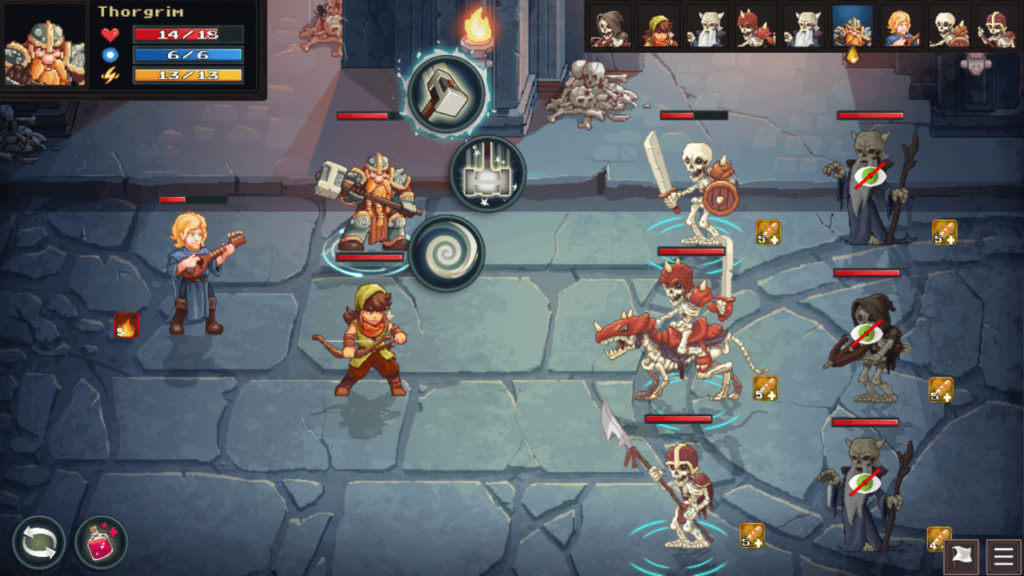 So, was there a group reading of the script or…?

Dungeon Rushers really tries it’s best to hold a good narative whilst endulging in a Monty Python-esque script, and unfortunatley it doth butter no parsnips! This is one of those simple indie titles that tries to each beyond its grasp and ends up bringing a wok to a snowball fight. It’s a shame really, as this silly ‘Sunday School’ humour is about as funny as a beached whale full of dying baby seals.

As we move onto the gameplay my loyal readers, please forget everything i just said. Dungeon Rushers did put together a half decent game, although it sometimes comes across a little rushed… whey! But seriously, imagine a live action Dungeons and Dragons game where the dungeon keepers narrative comes from the players companions and other characters.

A counter with the players main character is moved around a progressivly presented board of sorts thats reveals its contents as you move on to a tile. Tiles can provide you with a trap, enemies, loot and some twit hanging around in the dark that is little to no help.

The Heart of the Game!

The battle system is a turn based one which is nicely presented. This is where the game shows its flashier side with fully realized pixel art characters and backgrounds. Attack animations leave a lot to be desired as characters and attacks slide around the screen with little to no mobility. This writer often wondered when this game was going to stop pulling punches, turns out Dungeon Rushers plays quite the sporadic fight! 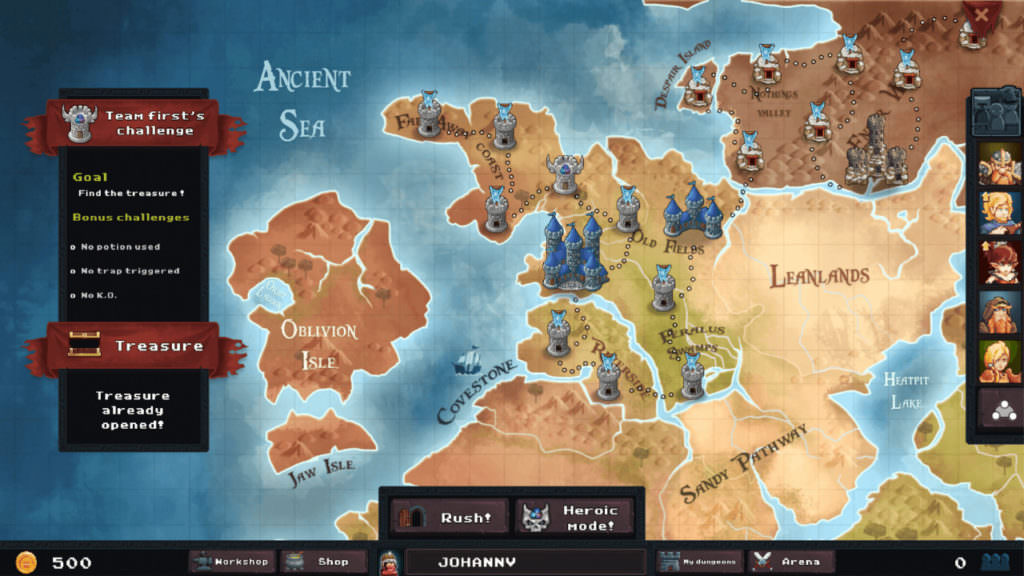 Attacks are catagorized into normal/physical, magical/ability attacks and ranged attacks. Options are also given to defend or make use of potions and the like. Health bars are on display for all enemies which is a nice touch and allows for stategic planning. In all honesty, one didn’t really need to think much.

“One helmet for you, one hammer for you”

Customizing characters is literally the standard RPG process of equiping better gear as the game advances. Crafting is quite bloated and over complicated. Why this game has any sort of crafting mechanic gives this writer a headache, its just not nessesary!

Maps wise, the overworld map is just a picture that the game populates with dotted lines and towers to represent traols and towers respectively. But its a nicely drawn map at that. Dungeons, as previously mentioned, don’t have a map of sorts but a series of tiles a player has to work through.

The soundtrack is grating and is best served by touching the minus volume button repeatedly until it lessens its effect on the soul. Absolutley nothing here to remember at all.

Dungeon Rushers displays the ugly side of bit style pixel art: the cop out. The only time players are greeted with a half decent render is during battle. As previously mentioned, the actions/animations aren’t great which again drowns out the one area of the game with decent presentation. 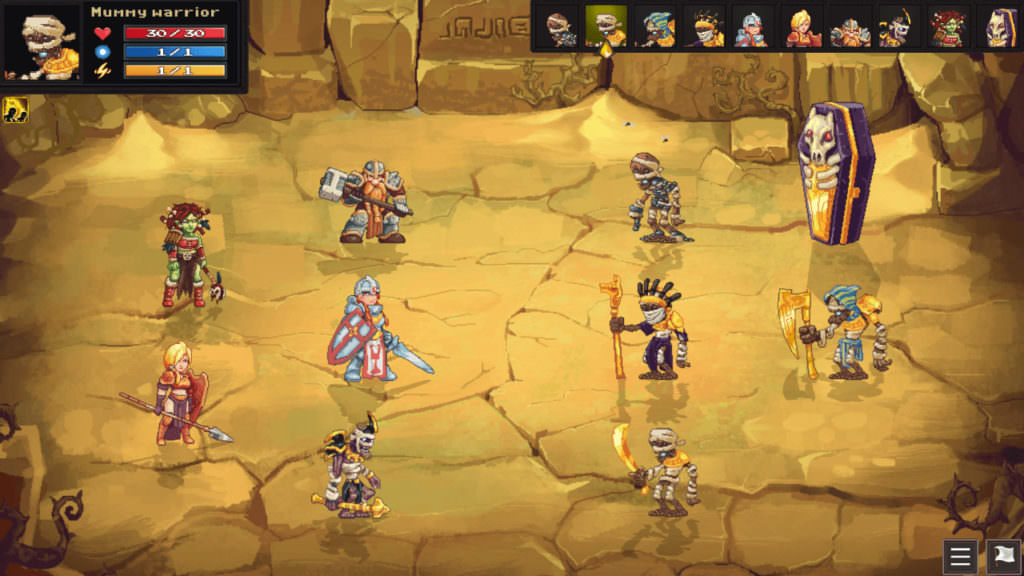 Dungeon Rushers is perhaps the most fitting name for the rogue-like dungeon crawler: Rushed. Although the battle system has some good foundations and the dungeon navigation is a good idea, its tarnished by a terrible script. One would have more respect for the title if it would have simply foregone the idle tale and put its efforts into polishing the gameplay. The price point should also be noted as another oversight, it’s just not worth it.