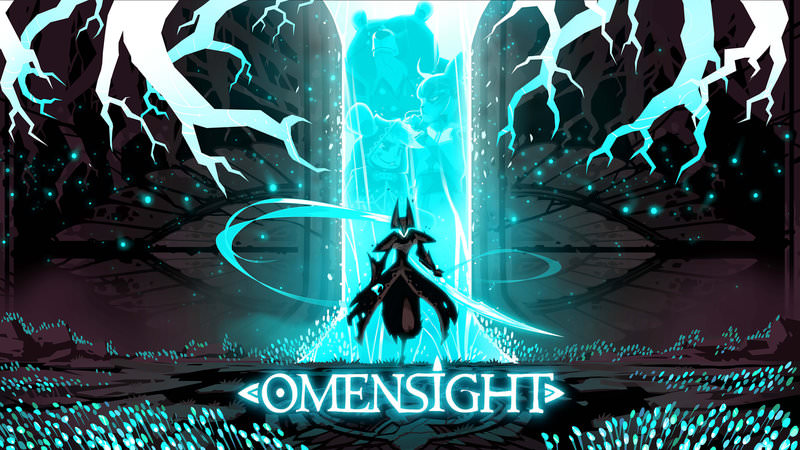 Spearhead Games have taken a successful lunge at creating a murder / mystery ARPG in the beautiful Omensight. Whilst my readers know by now one try and doesn’t give much details of the story away, what this reviewer will say is the narrative is of cataclysmic proportions. The players’ protagonist ‘The Harbinger’ is tasked with finding a certain someone by finding a certain culprit via a manageable tree of arcs. That’s enough detail, right? Just trust in this writer’s observation that this tale is worth following. 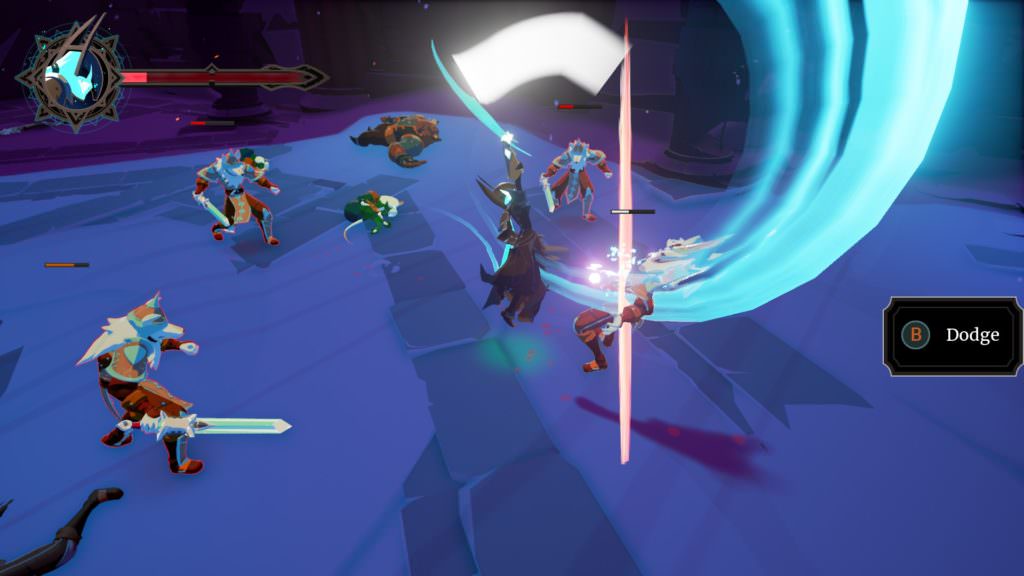 The first thing that this games writer picked up on is how beautiful the game world and characters are visualized. By using a cell shading technique using high contrast dark and light colour pallets, Omensight truly looks individual and is on par with AAA releases in the same vein. The character animation both for our protagonist and NPCs is smooth and well thought out. Less can be said about crowd cut-scenes, imagine the old crowd animations in FIFA ’98.

The main characters who ‘The Harbinger’ interacts with are quite fleshed out and do the story justice. Nothing rushed or forced here, even the London accents are done well.

The main characters who ‘The Harbinger’ interacts with are quite fleshed out and do the story justice. Nothing rushed or forced here, even the London accents are done well. A mechanic of the game is to deliver an ‘Omensight’ to said characters to help prevent the undisclosed events of the game, this unravels even more of the narrative and helps you whittle down the narrative tree of sorts. 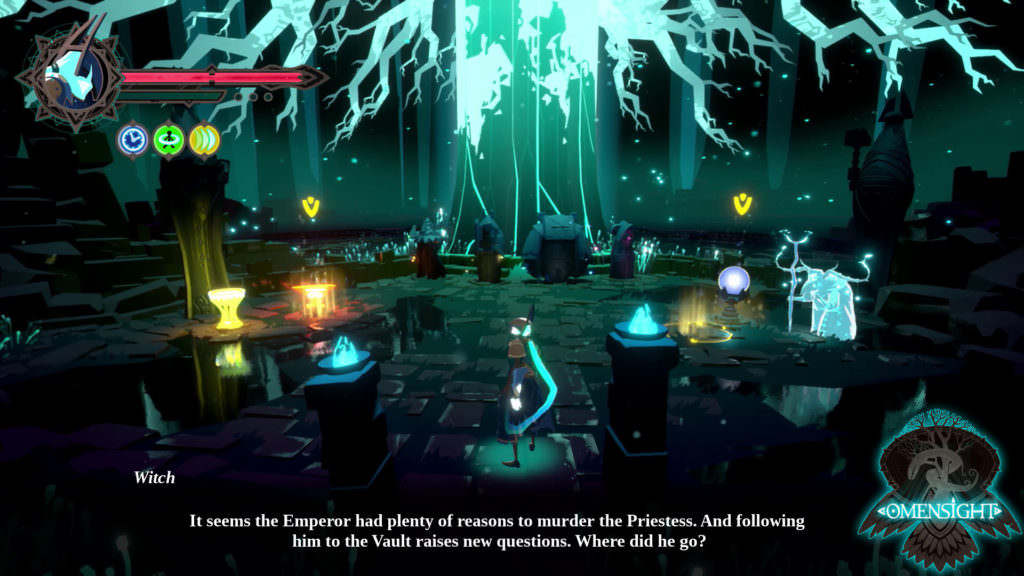 In terms of the murder/mystery aspect of the Omensight, this is encouraged by a sort of base of operations in between levels which has fonts to level up on and spend in game currency on new moves etc. The fighting system is very reminiscent of Rocksteady’s ‘Arkham’ series, building up momentum whilst bouncing off enemies pulverized bodies and utilising bolder moves when the situation arises. Some special moves are linked to your companion characters’ abilities; this does a great job of keeping the system fresh.

The sound FX and resonate with the beautifully realised environment as one and the same; which is all that players will want or need

Lets do the time warp again!

Throughout the world are breakables to grab extra health and currency from as in all ARPGS worth their salt. One would say its best practice to become a hoarder so players aren’t caught short when looking to upgrade skills. The menu system flows fine, in all honesty there isn’t much of a need for it. The game works on a system similar to ‘TLoZ Majoras Mask’, in other words s**t has hit the fan and time keep rewinding to solve the aforementioned murder/mystery element.

The sound FX and resonate with the beautifully realised environment as one and the same; which is all that players will want or need. The soundtrack itself again leaks into the overall presentation of the game. What players will find is that Omensight is very much a full package although a shorter experience than most.

Omensight is a solid and very enjoyable ARPG, it does exactly what it says on the tin and delivers a little bit more. The narrative is one of its biggest features along with a stunning presentation and a tight fighting system.