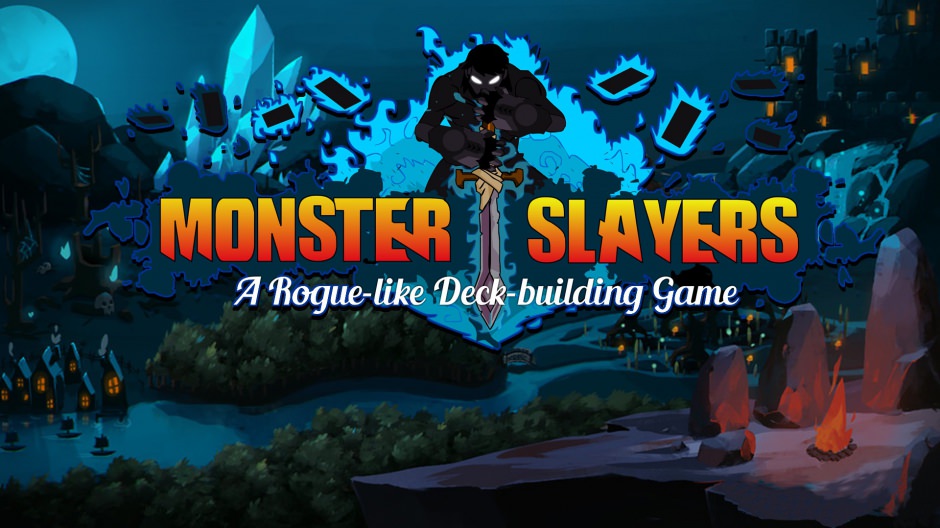 This writers’ arousal levels peaked at the notion of a new Dungeon Crawler with Card Game battle mechanics, being mostly a Pokémon TCG fan one has some transferable skills! Monster Slayers is a smooth looking indie outfit forged by the talent at Stage Clear Studios.

Players are greeted by a basic character creation screen which covers two breeds of hero under three classes: Warrior, Mage and Ranger. Warrior is gifted at hand to hand combat, as a Mage is skills at Magic and finally a Ranger is gifted in ranged attacks and sneak. Customisation is limited to the point of having to randomly generate a hero’s name, but that isn’t the main focus of this particular rogue like.

Players will see their protagonist and fellow guild member breeze through various dungeon areas meeting various foes and treasures. There is next to no navigational function in Monster Slayers. But again, this isn’t the focus of the game. 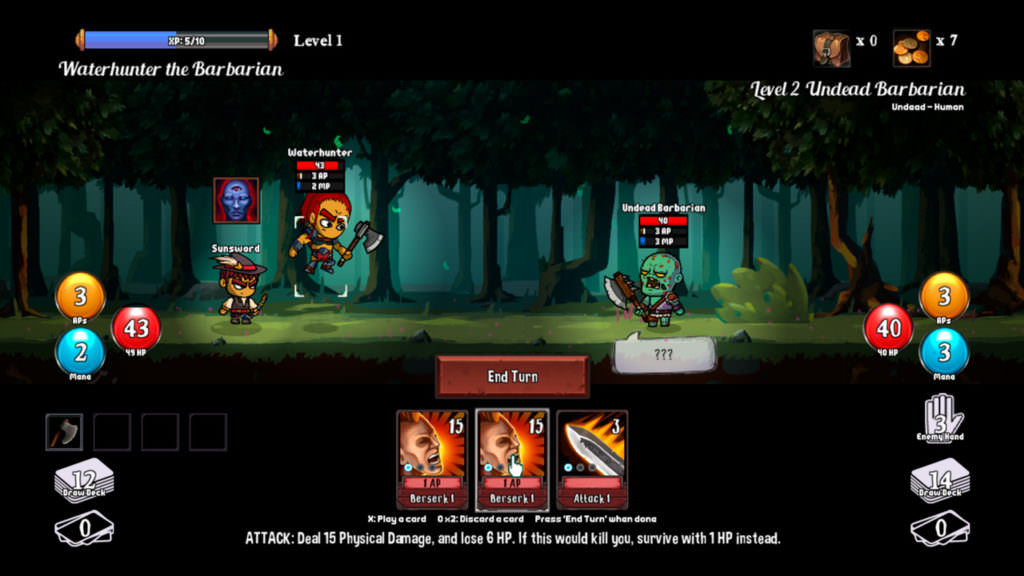 The main focus of Monster Slayers my readers is the Card Game based battle system. Although older decks cannot be saved only upgraded, the deck building is solid. Synergy is required to make this mechanic work. Simply but, if players pick the Warrior class it is pointless putting anything in there that may help out a Mage or Ranger for example.

There is more to the card game such as buff cards, multiple choice cards, the option to re-draw your first hand. Characters also hold abilities that can be used once per battle per team. This is best saved to gain a little leverage at turning points of battles to gain a surprise upper hand. There really are the makings of a meta game here, unfortunately the restricted nature of the game stops the card game from growing. As well this is a one player game, again another wasted opportunity.

The game is presented well with almost flash game created characters and environments. It’s a very polished looking title with no frame drops or noticeable bugs, at least through this writer play through! Again, the focus of this title is the card game which requires no flash cutting edge graphics of SFX. The soundtrack is a forgettable one with just about serving the purpose of background noise to roll through the games majestic battle system. 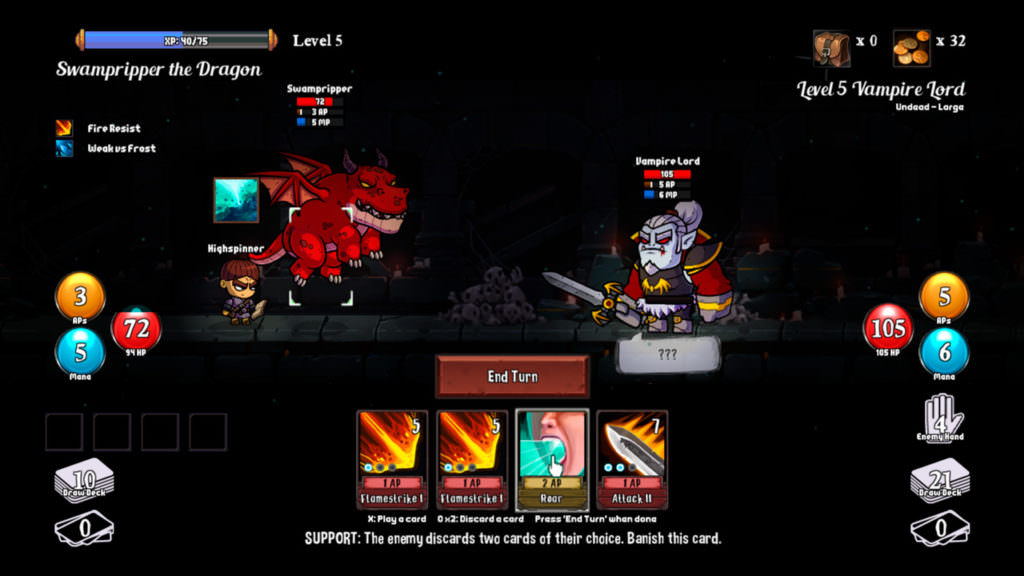 Whilst Monster Slayers doesn’t compete with genre greats such as Elder Scrolls Legends, Gwent or Hearthstone, Monster Slayers does contain the making of a great card game. Hopefully they’ll be a follow up with two player and online support with a more fleshed out meta game behind the veil. Defiantly worth a punt for the price tag!

Daire Hardesty - 3 May 2021 0
A Switch version of Ni No Kuni 2: Revenant Kingdom appears to be in development. This is evident from a statement on the website of ESRB, the...