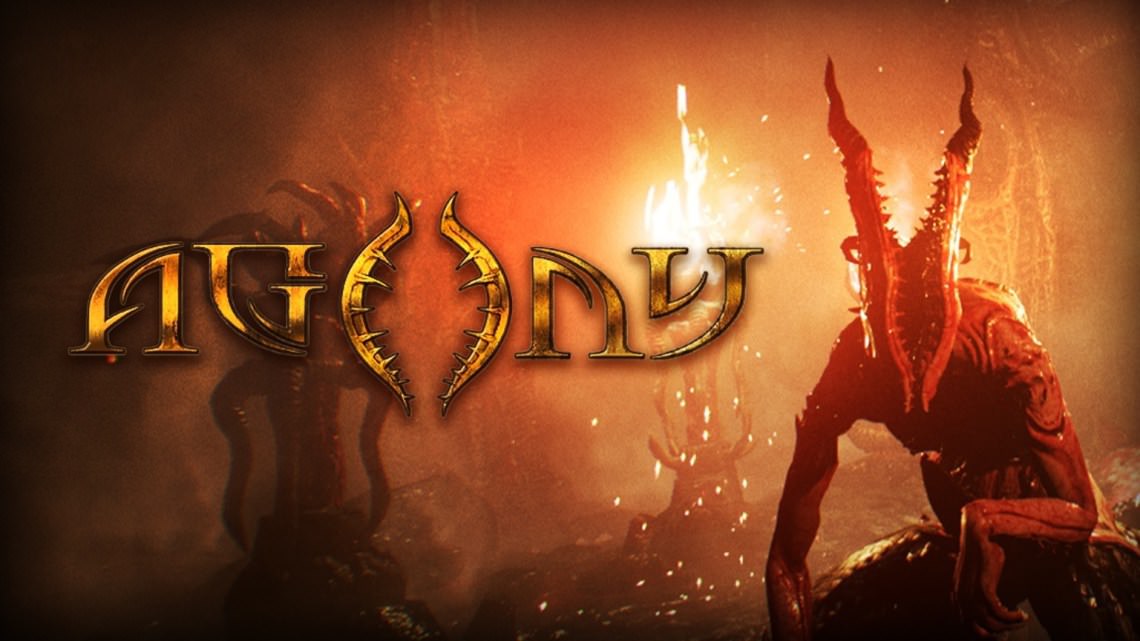 When this writer saw what can only be described as a vagina-faced demon fronting the cover art for Madmind Studios ‘Agony’, one thought “I can dig that”. For this filthy minded wordsmith, sexual symbolism is far more effective than just a pair of dog ears on some tart for a one way ticket to bonertown. Agony does a good job of slotting both sides of the coin into one of the most disappointing titles of 2018.

One would like to do his readers and fans a service in this review. This writer will break his cardinal rule and give you some snippets of story; one really doesn’t want you to go through what one endured during Agony.

A Man’s Reach Should Never Exceed His Grasp

The player’s protagonist has got into the first layer of hell with a hope of hunting down the ‘Red Goddess’. Everyone sent to Hell is void of most of their memories and obsessed with everything that involves this absolute cow. Our protagonist has to navigate Hell itself to get to the aforementioned Goddess (Crimson Goddess sounds much better too, just saying).

It’s a Dante’s Inferno–type tale that tries to reach beyond its grasp in a number of areas. The narrative failed to grip this reviewer, worse still the script is played out by what can only be described by ex-pantomime planks of wood. Quite cringe worthy, even a well mapped out plot would be over shadowed by incompetency.

great in theory but poor in execution – agony in a nutshell

Agony has been marketing itself on shock value which has worked quite well. One found himself watching trailers and sharing to friends to watch their reactions. Showing my wife the chucking baby demons off a cliff snippet really got me fired up for example. But due to the detachment of poor gameplay, sloppy controls and bugs; these shock value moments held about as much weight as a kids’ Halloween party.

The game tries to play itself out like a survival horror title, which is a cracking idea on pen and paper if the mechanics were available to back it up. Movement is slow and restricted by a stamina gauge when running which is super useful when ‘clopper mouth’ is up the players arse. Players can distract said ‘clunge fods’ by throwing torches in the opposite direction they need to go or making noises etc. Dying is part of the game, our protagonist can only posses other helpless peasants providing they don’t have a sack on their heads

You Thought H. R. Giger Was Bad with Willies?

There isn’t any decisive options for combat in this title which one did find a little disappointing. Holding the protagonists breath is also an option, along with hiding in piles of bodies and the various crevices of Hell. Again, great in theory but poor in execution. These options are so scattered that it’s just not good level design, with difficulty settings and survival themes being thrown out of a fanny shaped window.

There is also a nice option for players to use a phantom navigation services for navigating the s**t show that is Hell. It’s a good job ‘Madmind’ put this little mechanic in, some of the level design is that crazy or just black and is very much needed. Aesthetically speaking, some of the texture work and environmental designs are great and suit the games mission quite well. But why does everything in hell have to have a shine or glare? The majority of Agony looks like the ‘Crimson Goddess’ (Yes, one has changed the name) has found a big pot of lube and gone ham sliding about. For the readers’ digest, the pot was in the shape of a quim.

‘Madmind’ also thought it would be cool to bring back the early 90’s Might and Magic font to every piece of text in game and via the menu system. Unless players are sat directly in front of their displays, this is a terrible design choice and moves Agony one step closer to a weasel hamper shaped bin.

Agony is also plagued with severe frame rate drops on this reviewers PlayStation 4 Pro, one thought that the idea of having UHD capable hardware was to stop this s**t from happening? Hopefully a patch will soon be released to fix the issue soon as this kind of performance issue should be fixed in QA testing.

The sound effects in game serve their purpose, by the time i had decided to listen to the sound effects my brain had mostly gone into an eternal slumber. Some nice screams and tormented souls can be heard in the background getting mutilated and everything else that comes with an eternal stay in Hell. This can sometimes draw players back into the fray and make the experience believable for a minute or two.

For this reviewer, Agony falls into the same poorly developed chasm that Two Worlds and Andromeda fall into. One hates to ride on a game this much. That being said, Agony should have been halted in production and sent back to the drawing board. It’s a shame really, on paper this game would rock.