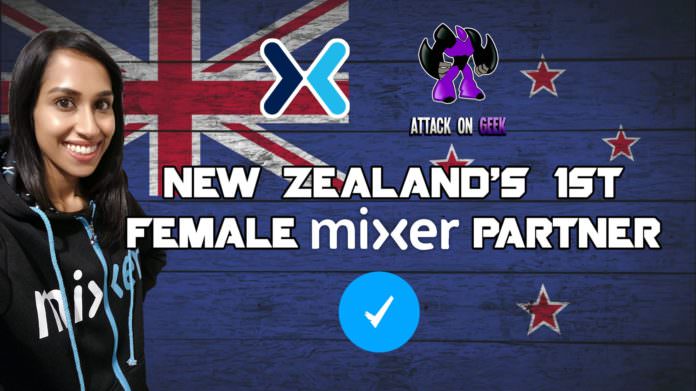 Dhayana Sena (known as MissDeusGeek online), owner of Attack on Geek has become the first female Mixer partner from New Zealand. This is a huge step forward in the industry for multiple reasons; from a diversity standpoint, having more females in the industry is always a plus, especially those with strong voices such as Dhayana. It also shows growth on Mixer in the ANZ region, which until now has been somewhat underrepresented. Dhayanas new partnership will hopefully bring a stronger focus on female and Mixer streamers in the ANZ region.

Dhayana is definitely going places, both with her new Mixer partnership and Attack on Geek. You can follow her on Mixer here and on her Twitter to stay up to date. I’m excited to see how the community will grow after this massive milestone, not just for Dhayana personally but for the ANZ community as a whole.