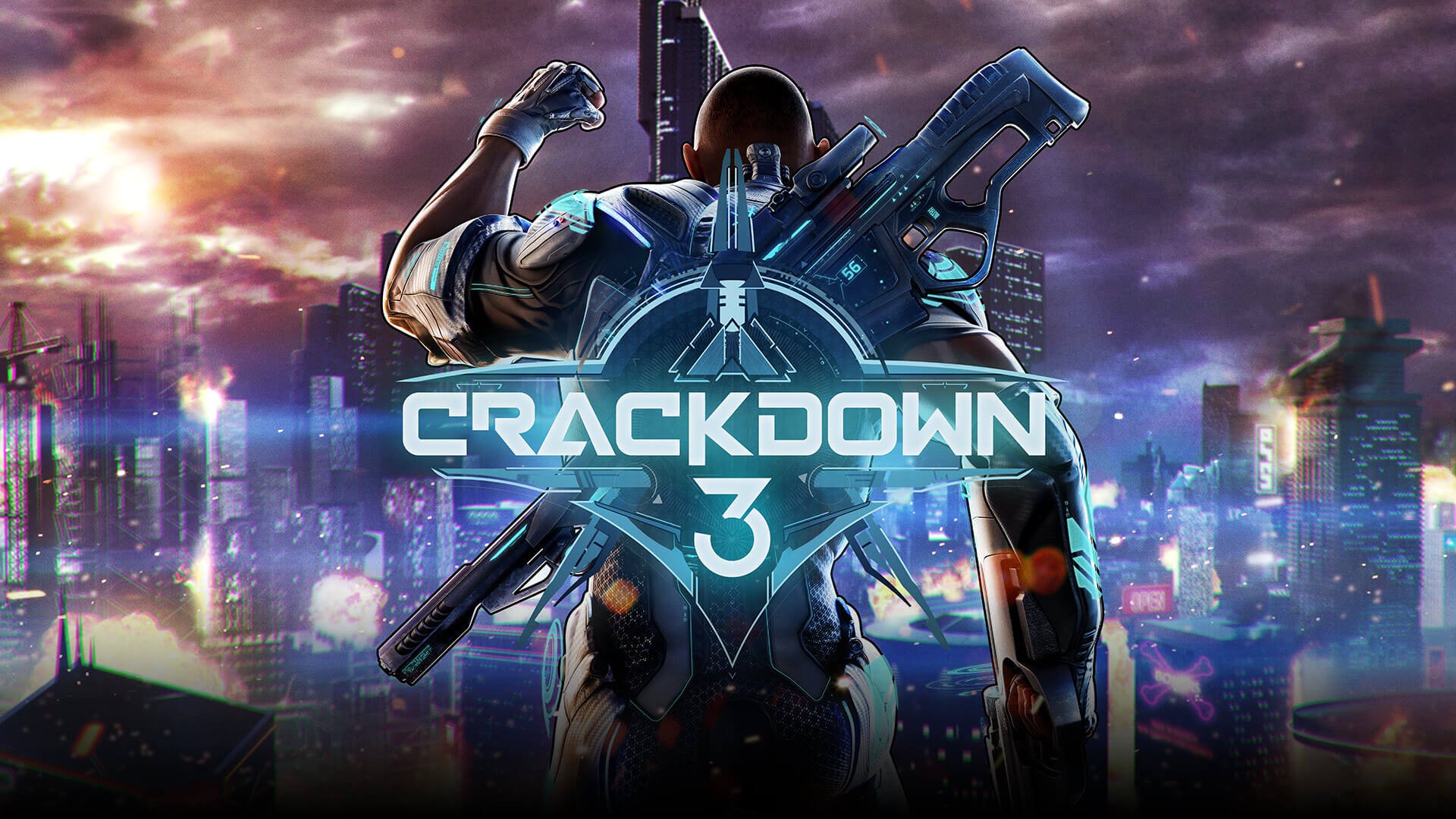 Sometimes a game is just that; a game. Crackdown 3 could have been another forgettable threequel in a genre that got old sometime around the end of the PS3/360 era. But it took on a greater significance in the traditional console turf-war.

It would change how we play games. It would use the democratic power of the cloud to bring heretofore unseen levels of environmental destruction. It would save the Xbox One by revealing a Microsoft trump card.

But it didn’t. Quietly packed away at the end of the console’s lifecycle, long after the marketing ideas sank, Crackdown 3 never stood a chance. Even if it touched the fresh and unfettered ideals of its progenitor, the game would still have be booed by many.

That the game is dull, repetitive and underwhelming in all but a few ways is almost an afterthought since it failed to deliver on so many of its lazy teenage boasts.

Which are now high-precision ghosts that come around the track to haunt it.

Decent Craic for a Bit, I Suppose

A stylised open-world with some moderate destruction, Crackdown 3 has the same slick combat and mobility as its predecessors. The wafer-thin plot doesn’t impede upon the invitation to leap, throw and shoot but it doesn’t help it either.

The Agency has to investigate a city ran by a corporation – and I honestly struggled to remember this – because there was a bit of terrorism. Players will discover, almost immediately, what the story behind the shady company is and then be gently encouraged to take down ‘Terra Nova’ from the bottom to the top.

While our chosen agent is laden with ‘tude and one-liners that don’t really hold up, the din of death covers for it. The game doesn’t lull or sag, keeping the adrenaline pumping as players reacquaint themselves with god-level power.

But for most, boredom will hit quickly once the game shows all of its hand. As much as the devs tried to ‘Metroidvania’ the game’s various points of interest, many players may never get to see the more complex areas – the game doesn’t encourage players to seek the next challenge but rather the closest one.

Weapons, consumables and vehicles are unlocked by picking them up – a streamlined system that should work within the game’s anarchic and brutal combat. But it’s just too easy to collect the best of any gear within an hour or two – kill one high-level baddie and steal his godfinger.

By the Numbers Open-World

There is a commendable variety of activities in Crackdown 3. However, they are made up of pre-existing challenges. A few open-world staples like racing, free-the-prisoner, press-the-buttons-while-fighting-dudes etc. are here along with some Crackdown classics like climb-the-awkward-thing.

The problem lies not with the number of activities but that they are uninspired. This sub-genre has seen these sub-missions dozens of times – fans of these games have played Saints’ Row, Just Cause, Agents of Mayhem. They may have even played Spiderman last year.

The structure of the main plot sadly rests on ticking off boxes until a ‘captain’ is vulnerable. Each captain has their brief within the evil ranks – logistics, PR, entertainment journalism – and each one has their own set of repeating missions that need clearing before a simple boss-fight happens. An open-world paradigm that most gamers can see through as an artificial extender of play-time. It affixes an importance to the unimportant and wastes players’ time.

Various powers can be augmented throughout the game – collecting different coloured orbs for the appropriate category is a fair system. Players will naturally improve in areas where they work most on but in an action game where there is no real choice in how a player plays the game, it just punishes us for neglecting certain areas when the game throws a curveball.

Not a Bad-Looking Game But…

Crackdown 3 lacks the visual and artistic punch that other open-world games have acquired during its protracted development cycle. The geometrically complex but plain-textured environment is best enjoyed at distance yet the game elects to be claustrophobic – the limitations of the visuals are the first and second things that a player beholds.

Hollywood star and Old-Spice Hawker Terry Crews’ face and shorn skill are rendered to perfection. Watching your agents physique change as you power up is cool. The other characters are rendered about as well as Crews but who is going to overlook T-Bone?

Cutscenes are delivered in an interesting fashion – a set of eye-catching ‘digital-comic’ stills that fit the game’s tone. Cynics will point to the time and resources saved by using these screens in lieu of in-engine scenes but it feels honest and it works. In fact, these cutscenes are amongst the strongest areas of the game’s visual design.

New Providence is an odd place. The devs attempted to juxtapose the impressive and looming skyline with a barely-concealed poverty-stricken underbelly but forgot to add a few layers of grime and a lot of people. The streets aren’t teeming with colourful cosmopolitan types nor do the few citizens have any purpose. The rift in quality-of-life between the ‘haves’ and ‘have nots’ is not really apparent outside of the city’s cold and lifeless diorama.

Perhaps the most fitting location for this Potemkin game is the Potemkin city of New Providence.

The Agent Hunter is a tag-collection deathmatch where the game’s overly simple mechanics and combat are at their most exposed. Locking-on and hammering away with the best of nine weapons you can choose from is the main tactic.

The other mode is a simple ‘capture point’. Having to stay in small area while folk are floating above firing at you and heading for a ground-pound is exciting.

The destructible environments aren’t that impressive – the debris doesn’t have any presence but is totally superficial. The gameplay opportunities brought to the table by the environmental degradation are definitely the best part of the PvP though.

Knowing you can remove a section of building or a roof in one fell swoop feeds into the hypermobility of the agents, allowing new lines of sight or some cheeky flanks. But it is a pity that the lock-on doesn’t allow for such ingenuity to bear much fruit.

Not All It Was Cracked Up to Be

Crackdown 3 is basic in both senses of the word. The mission structure, campaign progress and map all feel outdated. PvP seems like even less than an afterthought despite it holding the only destruction in the entire game.

What few things Crackdown 3 does well is lost in the uninspired grind of a ‘by-the-numbers’ action game that has been superseded many times in the last decade. The game feels even less relevant online with a depressing lack of content mixed with a dishearteningly thin weapon and mechanic set.