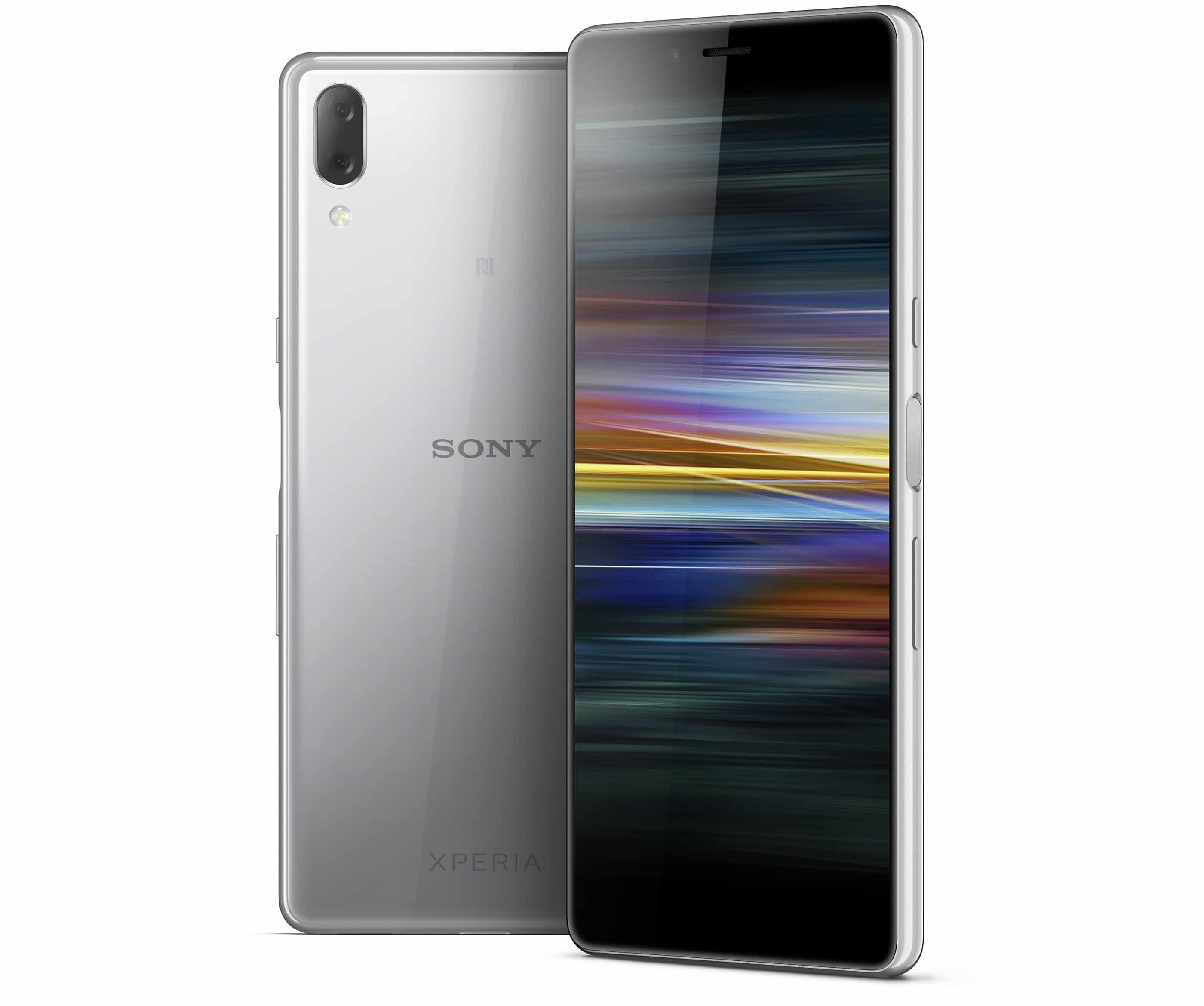 As previously mentioned, this writer loves looking at the more inexpensive handsets. With Sony Xperia L3 I get to look at the best Sony Mobile can do with €200 – and it’s not a bad effort at all. With some enticing features and acceptable performance for its price-tag, Xperia L3 has a lot to offer for the right budget Android shopper.

Sony Xperia L3 doesn’t blow all of its budget on metallic frames but is still an attractive, if slightly bland in black, design. The handset is rounded on its corners in every direction but has a flat profile. The plastic rear cover is impregnated with a faint shimmer and only a ‘Sony’ and an ‘Xperia’ logo sully the device as a whole.

This writer has seen all three options in person; Gold, Black and Silver. Silver is the pick of the bunch. The black/silver interface where the Gorilla Glass 5 front meets the body is particularly pleasing to the eye.

Gold (not available in Ireland or the UK) is not for everyone but the shade and aforementioned shimmer will be for someone.

With the screen on, the handset looks a little closer to its station. The chin and forehead bezel are large while there is a not insignificant frame either side of the display.

Needs to Work on its Form

The plastic rear does feel cheap even if it doesn’t look it. While the handset and casing are largely flex-free, Xperia L3 is notably light, to a point of feeling flimsy at 156 grams (7.43 souls).

Sony Xperia L3 feels a little clunky compared to the admittedly more expensive, Xperia 10. Even if the actual difference in depth is minimal, the attention paid to maximising comfort for a new screen size was evident in Xperia 10 and its new form factor leaves Xperia L-Digits (including L3) feeling obsolete.

Sony have moved the on/off button from the fingerprint sensor to a seperate key just above the sensor itself. This is a great decision – checking the phone’s status without unlocking the device was tricky with the previous arrangement.

The volume rocker continues its slide toward the bottom of the right edge of the device and now it’s too low down to use easily while in portrait mode.

The 5.7″ IPS LCD panel is a mixed bag. The natural colours of IPS and
18:9 aspect ratio will be appreciated by many. However, this is offset by the 720p resolution and low maximum brightness. Using Sony Xperia L3 in sunlight or bright spaces is not as easy as you would expect.

There are better screens at this price but if you want 18:9 with a decent colour accuracy and pleasing tone, Xperia L3 isn’t a bad choice. With 21:9 screens being Sony’s next big thing, it will be interesting to see if this is the last Xperia Letter Digit handset.

At less than €200, 3GB of RAM is generous. The sort of compromises you expect and accept at this price are present outside of the RAM though. Sony Xperia won’t give you 60fps 3D gaming except on the simplest of titles with the lowest of settings. The largest programmes and apps will open with a reluctant pause.

It can multitask well enough once the apps’ base resource use is modest. Task switching is consistent but not instant. The chipset is based on a 12 nanometre process – it’s still impressive to see such ‘futuristic’ tech make its way to a cheap phone in such a short period of time.

The 3,300mAh battery is above par at this price point and the device isn’t lacking in staying power. The 720p screen and lower brightness probably help keep the power use down but there is definitely something to be said for the aforementioned 12nm process chip.

A full day of moderate use isn’t just realistic, it’s to be expected. Power users will make it home in evening. Not bad at all for this price. Sony continue to offer a ‘Stamina’ mode instead of the vanilla ‘droid power-saving option and it does a good job of milking the last few minutes from an already long-lasting device.

Camera is a One-Trick Sony

The dual-lens setup is used mainly for depth sensing but it must be said that the device exploits this feature quite well for its one trick.

Even for a low-end phone Sony Xperia L3 comes with little in the way of camera extras. It is commendable though that Sony included a dual-lens camera with 18:9 photo support.

The bokeh effect is convincing and accurate when using it’s main dual-lens camera. That same background blur effect is rubbish when using the single-lens front-facing camera – portrait selfies usually end with a smear of hair and random blur around your ears.

A panorama mode is the rest of the camera trickery. It’s fairly effective in stitching together a consistent geometry but fails to colour the end-result properly giving it an obvious ‘collage’ effect.

The camera features a suite of common scenes to save time setting up shots. Most of them are useful; well-suited to their stated specialty. The ‘auto’ function should be fine for getting the most from the average camera in most situations. Trying ‘Night mode’ or ‘Party’ when auto fails is a good fallback.

HDR support is nice but limited. It’s selected as one of the aforementioned scenes so a user will have to decide if the scene is suitable or engage in some trail & error to see if the HDR pop will be worth it.

Video is limited to 1080p30 and doesn’t come with any HDR or image stabilisation support. It also does not have support for 18:9, something that would have been a huge plus given the display’s aspect ratio.

Both the video and photo capture are a little on the dark side. One can tinker with the settings to brighten both up but the starting point for any capture on anything less than a sunny day is shady – as if the device has a tiny pair of sunglasses on.

Sony Xperia L3 keeps the headphone jack despite support for good-quality Bluetooth audio. A nice touch from Sony Mobile that is helped by room for a MicroSD of up to 512GB capacity. With downloading content for later from Netflix or Tidal becoming more, Sony overdelivering on the expandable option is even more of a sweetener.

Of course, latter feature will come in handy anyway since the device only has 32GB of on-board storage.

An Option for Low-End Android

The Xperia L3 is not a powerful handset that can do everything well. L3 does look good, has plenty of RAM and great stamina but it also feels cheap, doesn’t have the screen brightness for sunny days and has a shortage of camera options.

For social media enthusiasts or teenagers, Sony Xperia L3 is a good choice. The battery life and 18:9 screen will be handy for scrolling the neverending photos of food and the camera, while basic, takes a good shot in the right conditions.