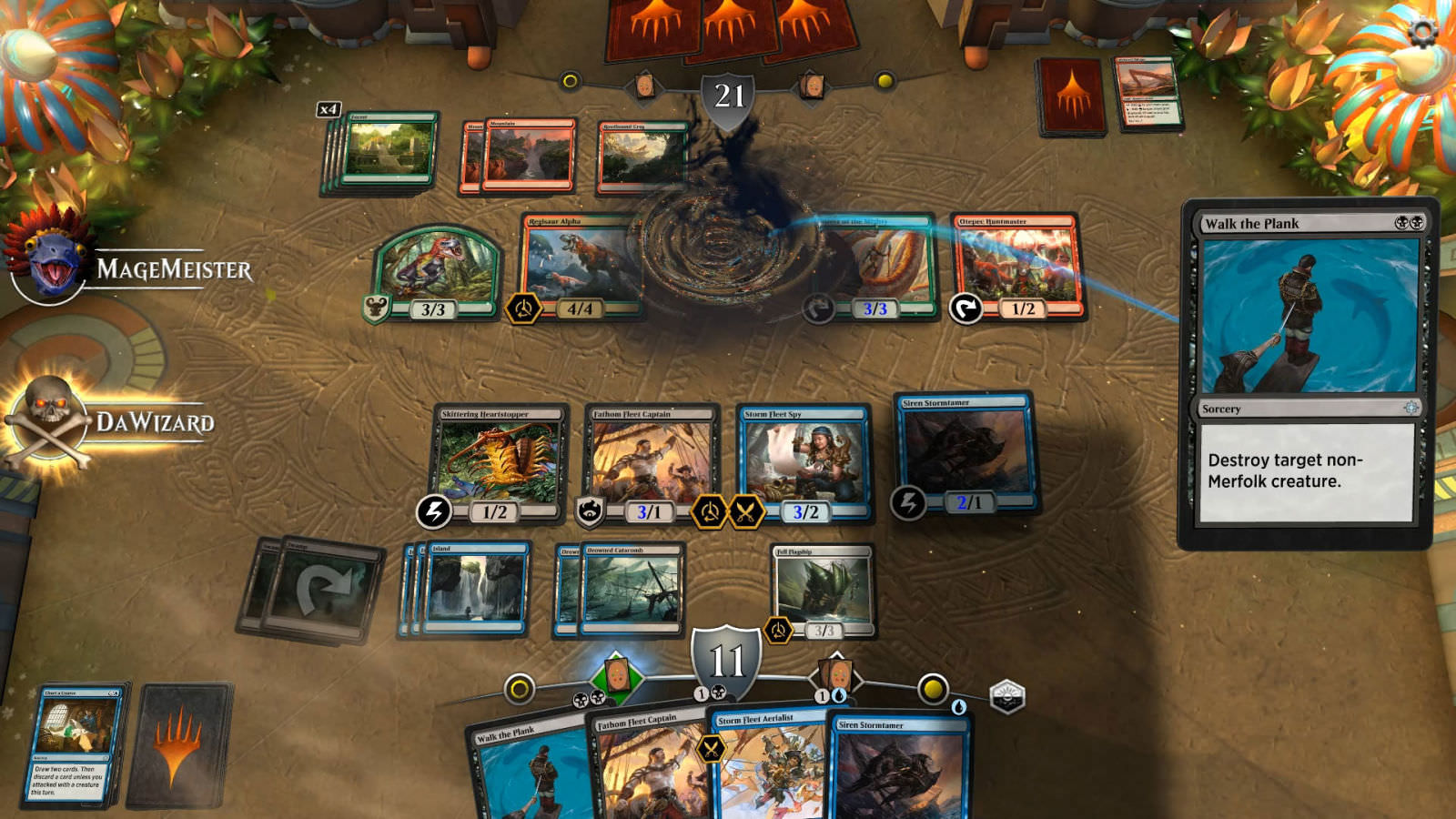 Last December at the Game Awards, Wizards of the Coast, WoTC, took to the stage to boldly announce their intentions to take their decades long running card game Magic the Gathering and bring it into the Esports era. Here they announced the Mythic Championships and Magic Pro League, both moves in an attempt to turn competitive magic into a globally recognised Esport.

From its earliest days, Magic has had a competitive scene and tournament structure. These ranged from weekly events in local game stores to big open to the public tournaments call Grand Prix and invitational events known as the Pro Tour. Despite a long pedigree and plenty of recognisably characters within the competitive scene it has never come close to the profile of Fortnight or League of Legends.

Arguably WoTC’s first real step into the world of Esports came with last year with MTG Arena. Their new digital platform and direct comparison to Twitch staple Hearthstone. This free to play version of magic was designed to be beginner friendly for new players and still give the authentic magic experience to veteran players. MTG Arena makes the game easier to pick up and less restrictive, eliminating the need to have a game store close enough to play paper magic in.

At an initial glance their Mythic Championships announcement may look like a simple rebranding of the old Pro Tour structure however WoTC took this opportunity to increase the scale of these events. Literally doubling down on the prizes announcing a $500,00 pot for each Mythic Championship. They also made clear their intentions to support MTG Arena as their plan is to host Mythic Championships in the traditional tabletop Paper magic and in MTG Arena. A decision undoubtedly aimed at the competitively minded magic player base who’s biggest obstacle making it to high level competitive play was the costs involved in travelling to multiple Grand Prix tournaments.

Every Esport has its champions, the people and teams fans tune in to watch compete. With the Magic Pro League WoTC have taken 32 individuals already know within the game as pro players and streamers and have given them a more stable platform in order to build their brands and the Magic profile. They want to make the top level players better recognized in the twitch space.

Regardless of what comes next Magic has a long enough history it will undoubtedly continue into the next decade and beyond but only time will tell if it has legs to stand among the Esports titans. Right now, six months after these announcements things are looking good. Based on twitch live-stream views the 2018 Pro tour finals all had viewership in the region of 60 – 70k. So far this year the Mythic Championship 1 and 2 finals had a viewership of 90k and Mythic Championship 3’s final was 122k. With the fourth Mythic Championship at the end of July WoTC will be hoping for this trend to continue, however they are still a ways off from the heavy hitters in the Esport arena..