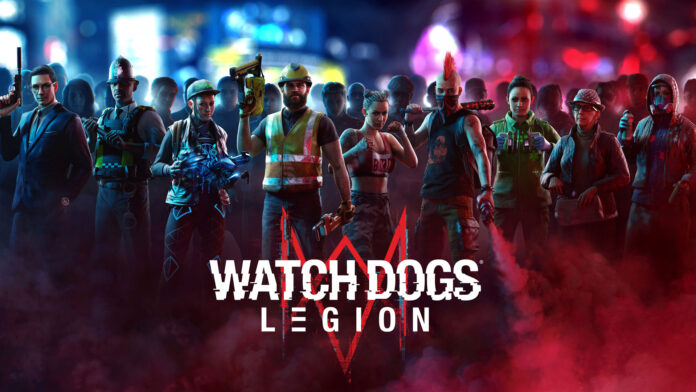 Watch Dogs is a multi-faceted series that started with Aiden Pearce in the first game to the hipster activists in DedSec in the second. In Watch Dogs: Legion you can play as anyone. Can you help save London?

Watch Dogs is a series that wants to save us from a near future in which technology passes our “humanity”. In Watch Dogs: Legion they deliver that message again, this time in tomorrow’s London. It’s the warning that AI and algorithms drive us, affect us. That is already the case, but in the dark near-future view of Watch Dogs: Legion it is significantly worse. You are DedSec, a hacker collective that wants to fight evil. It is up to these freedom fighters in the digital society to get London out of the pit.

In the beginning of the game DedSec is not doing well, they are under attack and very little is left of it. It is up to you to put together a new group with talents that can be put to good use. Bagsley, the AI that is not averse to a joke or a clever comment, will help you with the missions. He will point you to the right place, hack computers for you and give you information that will help you make London safer.

In the meantime, the police have been taken over by Albion, a commercially driven company led by a man who mainly wants all the power himself, but who is also a bit crazy. Organized is crime to the level of trading slaves and selling organs of non-volunteers. In addition, you also have another hacker group (Zero-Day) that DedSec wants to set as the scapegoat for all destructive acts that “someone” commits. You can’t handle that all on your own.

The campaign is divided into four global sectors, each tackling one of the major enemies. It’s a bit broken up as in Assassin’s Creed Odyssey, a few big storylines that neatly run alongside each other and don’t get in each other’s timelines. The great thing about this is that there is often a storyline that appeals to you! The stories start out realistic and get stronger as the game progresses more and more over-the-top and that is secretly very cool!

Well, except for a few. You cannot recruit the NPCs who play an important role in the story, but also only because you do not meet them on the street. Furthermore, everyone is the potential next hacker in your collective. Each NPC has their own talents, which makes all of this very interesting and unique. You can find a drone racer, or an assassin, a boxer, a police officer, a construction worker, an influencer, a game developer, a homeless person and everything you can think of. Quite a few people have their own skillset, which can be very useful in the next mission. For example, the construction worker has a very handy cargo drone that you can sit on and can reach places that you otherwise cannot easily reach.

It’s precisely this unique, really cool element that makes the game worthwhile in its entirety. You can build your own team of only construction workers if you want, but if you only want the elderly on your team, you can. No one tells you who to have on your team, except for some early campaign missions, but that’s basically a covert tutorial. You can then show them the door to, for example, build your team full of grannies! Of course you are best off with a diverse team, but again, no one tells you who to recruit!

It works like this, you choose someone based on the skills that you can easily view, or just on appearance, just what you want. You can then approach them immediately or save them for later. They will most likely ask you to get them out of trouble, but sometimes you just did that by stopping a random arrest in the street. What your potential new recruit may ask of you could be anything from erasing (unjustified) debts to interrupting an illegal organ transport. Once you’ve successfully completed that mission and your potential recruit is satisfied, your current character will ask them to join DedSec.

Watch Dogs Legion is a game where you can invest an enormous amount of time and where everyone has his or her own story. The main missions are quite interesting and varied. Yet the game does not make the best first impression here. The opening mission is very cool, exciting and full of action. However, it becomes a bit more sparse after that. This doesn’t take long, but you have to bite through a boring beginning where you try to find certain people and look for targets. As the story progresses you will face more challenges including hacking puzzles and deep combat. The game can also be quite tough. When you start the game for the first time, you will soon be given the option to turn permadeath on or off. This means that every recruit you have in your team be unplayable if they die. This ensures that you will play the game very differently and that you think more about your choices.

I myself chose to turn off permadeath. I wanted to experience as much of the game as possible in the short amount of time I had before posting this review. With permadeath off, people who die will be hospitalized. While a recruit is “recovering”, they become unplayable for a certain length of time, however you can reduce this cooldown by recruiting a hospital worker. This removes some of the risk, but can provide a play session where you will get more daring actions. All in all, the story is fine, yet the side objectives are often quite generic and boring, such as delivering parcels. In this case you have to hang the garlands a bit yourself. What can be annoying is that the credibility of the story is sometimes tested by the recruitment system. The story is varied and the possibilities for your characters are very diverse. The game can sometimes be brutal, I’ve seen slaves in an attic, people stealing organs and so on.

As a hacker, it is of course all about the gadgets and Legion doesn’t disappoint. There are relatively few weapons available in the game, but the number of gadgets is really cool to see. You are given a wide arsenal, from drone spiders to combat drones that you can spawn and take over. Construction workers can summon cargo drones to stand up so you can get where you normally couldn’t. You can call drone strikes that fly into your enemies like a kind of kamikaze. There are plenty of options here and this differentiates the game from other open world third-person story games.

The setting of Watch Dogs: Legion is near future London. The city is a good backdrop for the game and landmarks such as Tower Bridge with holographic advertising are well done. In any case, a tech and gadget-driven near future is very well executed. Packages are delivered by drones that fly above the streets. In addition, there are news drones everywhere that record everything on camera.

It’s nice to see a game in a modern city, which is not New York or any other major American city. The mix between centuries-old buildings and new office buildings, brightened up with neon advertising and holographic images creates a wonderful atmosphere. That atmosphere is one of progress, which may have gone just a step too far. Which is exactly what happened.

What is also nice to hear is that everyone has their own voice and accent. Some accents are very obvious, but it gives the feeling that you are always playing with a different character. I couldn’t understand my drone racer very well with his slang, but that makes it fun. Many of the accents you will hear seem to be ‘rough dub’ or Northern Irish, and is so common it slightly breaks the immersion of playing in London.

Watch Dogs Legion is not a perfect game, but it can distance itself from the usual gameplay elements in a third-person open world shooter to a certain extent, mainly because it gives hacking a different twist. I wouldn’t call it as good as Watch Dogs 2, but Legion comes close. The game touches on a lot of real-world issues; human trafficking, privacy invasion, corporate greed but it never really takes the extra step to cross that socially accepted edge to make a statement. Fortunately, Legion compensates for that with a lot of diversity. Not just in terms of playable characters, but also in terms of gameplay. It’s the recruiting mechanic that makes this game so special. This keeps you playing to collect new figures for your “edgy” hacker group.

London looks very good and feels very familiar, especially for people who know the city. A lot of the NPCs seem to be greatly over exaggerated, focusing on cliches and stereotypes to hammer home the games location. In addition, some of the characters have rather annoying and unrealistic or over the top accents, which actually made me avoid playing them altogether even though they had a great arsenal. I have found that I stick to my small group of favourites. Overall, Watch Dogs: Legion is a really cool game! It is one of those with a nice idea, that has been executed surprisingly well. That in combination with a good story with tasty absurd elements and smooth, natural-feeling gameplay, this is simply a must!