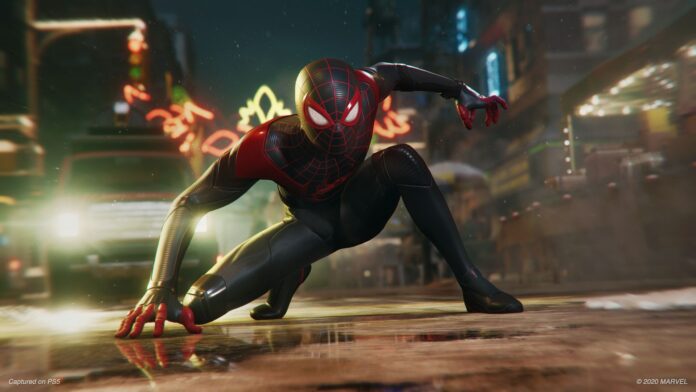 Spider-Man has always followed a distinct formulae, in Marvel’s Spider-Man: Miles Morales this is no different. The story revolves around Miles Morales, a young man whose mother fights in politics against corrupt politicians and rogue companies. A running theme throughout the game is electricity, it plays a big part in the story but also in Miles Morales himself. He learns how to harness electricity and use it to his advantage, combining this new element into his abilities and gadgets. This distinguishes him from Peter Parker and gives the game a unique flavour.

Miles can energize his body with “venom”, a kind of orange lightning. With venom, he can hurl enemies through rooms, make them immobile, or simply give them an electric shock. He also uses his electricity to solve various puzzles. For example, Miles can charge generators or connect broken electricity circuits using his venom.

Electricity also plays a major role thematically. A new energy company, Roxxon, appears to have a very big hand to play in New York City’s future. Roxxon’s motives therefore seem to have an ulterior purpose. Miles’s mother, who is still recovering from the loss of her husband in the previous game, therefore turns to politics.

There is therefore a lot, um, tension between the family members. And then there is Miles’s best friend, who, together with her brother and Miles herself, is closely involved in the development of new technology. They are working on a new form of energy that could replace electricity: NuForm. You never guess which company develops NuForm. Roxxon, naturally!

The story in Spider-Man: Miles Morales is a bit silly, but the game gets away with that because even the somewhat silly narrative remains entirely within the acceptable comic book spectrum. This game contains some strong and genuinely emotional narrative moments. Developer Insomniac Games achieves that very well. Miles Morales goes through many bizarre things, but he definitely feels more human than superhero. Peter Parker doesn’t play a big role in this story, if you think that after the trailers. He is going on vacation with his now well-known girlfriend, and so, for the first time, Miles has to take over from him for a week or two.

Speaking of Peter Parker, the version that appears in Miles Morales differs to the one you play as in the first game. At first I thought it might be down to the quality improvements but after a closer look, there is very little resemblance between them. This doesn’t really affect the game in any way since Peter only makes a brief appearance but it is worth mentioning.

This game was much shorter than the original. You’ll be through it within twelve hours, but it feels much faster. The pacing is very high and exciting twists follow each other in rapid succession. It is therefore difficult to put the controller down. Compared to the original Marvel’s Spider-Man, Miles Morales feels trim. After completing the game, you can still play as the friendly neighbourhood hero. Miles has his own app that residents can use to call on him. It is an ingenious alternative to a quest system.

Another interesting aspect brought into the game are the special powers that Miles has. In the previous game, the combat was more aggressive. This time around Miles has a bunch of new mechanics that completely shakes up the combat system, invisibility for example. Perhaps the subtlest difference between the two games is the music. Miles Morales leans a little more towards hip hop. Beats are mixed through the symphonic orchestral music, which you hear well during fights, among other things – a subtle, but appropriate addition.

Ray-tracing really stands out during moments where many different lights or reflective surfaces are surrounding you. For example, while spinning through the city the reflections look fantastic, or while in a neon lit street at night where the lit up signs reflect in the puddles around you. Whether all of that justifies the loss of 60 fps is personal. I don’t think so. That high frame rate is really nice, especially during the hectic fights. But you have to make that decision yourself.

In the game you don’t notice much of the new adaptive triggers, although you do have to press “harder” while spinning through the city – a great effect. The haptic feedback doesn’t make much of an appearance either. You only really notice it when very heavy enemies thunder through the screen, such as an enemy of rhino-like proportions. You can feel that in your claws.

Whether you play this game on the PlayStation 4 or the new PlayStation 5, Miles Morales is very rewarding. It tells a concise yet intense story, introduces some really entertaining twists and there’s a lot to collect, solve and battle out in the big city of New York. If you get a PlayStation 5, buy Marvel’s Spider-Man: Miles Morales too. Just because it’s a really good game.

Spider-Man: Miles Morales is a cross-gen title, but it gives you a really good idea of ​​what’s possible with the next-gen console. The game is very beautiful in terms of design and New York City breathes more than ever before, especially the fact that there are more people on the street makes a lot of difference. In terms of gameplay, there are nice additions and Miles is and remains a likeable character, who brings just that little bit more depth to the game.

Handing in ray tracing to get 60 fps feels a bit crude, because you really just want all the bells and whistles on a new console, but the choice is nevertheless nice and there should be more. The biggest downside is that this game feels more like a major expansion instead of a new full-fledged game and that is a nuance that you will not see in the price at launch. The amount of content is nice, but not comparable to the original and even completists will really be finished within 14 hours. 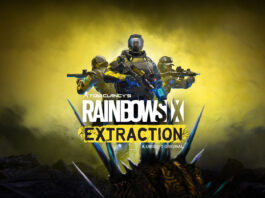 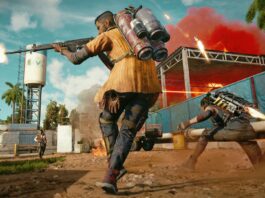