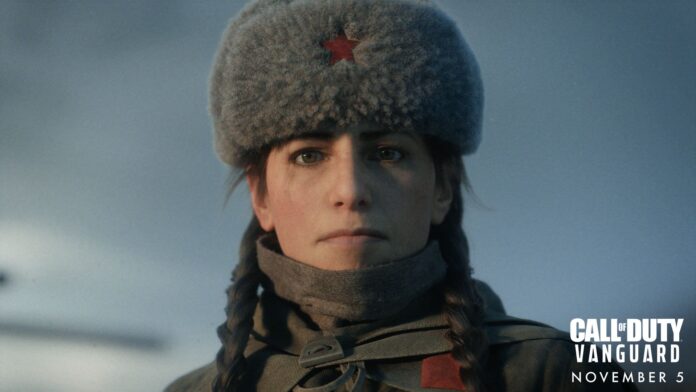 During the Gamescom Opening Night Live show, an extended gameplay trailer of the upcoming Call of Duty: Vanguard was shown.

The gameplay video shot in-engine centers around the character Polina, who is played by Laura Bailey. The gameplay shows how Polina, then a sister, is in Stalingrad during the Nazi invasion.

Call of Duty: Vanguard releases November 5 on PlayStation 5, PlayStation 4, Xbox Series X and S, Xbox One, and PC. The game takes place during World War II where players are introduced to the first generation of special units. The game’s campaign spans all fronts of the war.

The game also gets a multiplayer mode with twenty destructive maps and a new mode called Champion Hill. A Zombies mode is also being developed in collaboration with Treyarch, which is a prologue to the mode from Cold War.

Finally, Sledgehammer is also developing a new map for Warzone in collaboration with Raven Software. The map should be released later this year and will add content from Vanguard to that of Modern Warfare and Black Ops Cold War. The map’s appearance is accompanied by a new anti-cheat system.