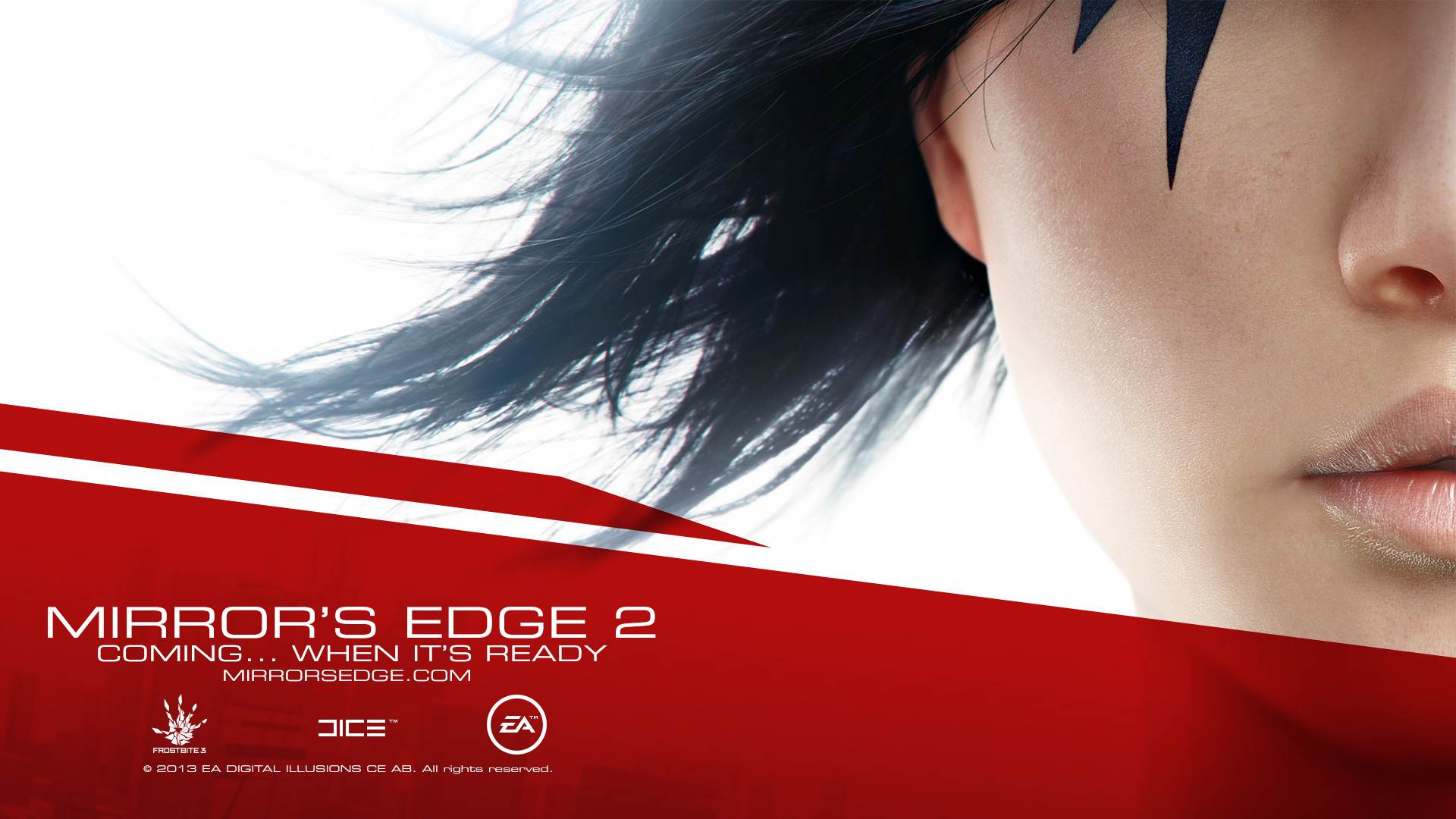 EA recently confirmed via Twitter that the followup to Mirror’s Edge, DICE’s 2008 first person free running game  is called Mirror’s Edge: Catalyst. Mirror’s Edge was a well needed breath of originality in an industry that was, and still is to some degree, inundated with generic copy-cat shooters and action games.  It’s bright, gleaming aesthetic was a welcome reprise from the dull grey and brown worlds of modern AAA gaming, and its fast, flowing gameplay helped it stand out in the crowd. But, for all its excellence and originality, it was also a deeply flawed game. I am hoping DICE addresses these issues for Catalyst:

The story of Mirror’s Edge was actually pretty decent. The protagonist, Faith, is basically a courier who free runs across the rooftops of the unnamed city the game is set in. Her sister, who is a cop, is framed for the murder of a prominent politician, and you have to try to find out who is behind it all, inevitably unearthing a conspiracy. The story had a nice noire feel to it, but the problem isn’t the story itself, but how it was handled.

The game’s story is mostly told through cutscenes between missions done in a hand drawn, 2D animation style. While the animation itself looked fine, its presence is rather jarring and out of place with the rest of the game. It smacks of time and budgetary constraints. The game was a new IP, and quite a risky one at that, so I can imagine EA restricting the time and resources DICE may have had when making it. If that is the case, hopefully DICE will have more freedom to tell their story in Catalyst.

Mirror’s Edge has the dubious honour of being a game that can be finished in a single sitting. On average, a playthrough of the game takes a mere six to eight hours to complete. The additional challenge courses and time trials do little to add to the game’s longevity. This sort of brevity has never been acceptable in a game, and is certainly something DICE needs to address in Catalyst.

The unarmed combat in Mirror’s Edge was awkward and frustrating, and that is down to the fact that it’s simply broken. The hit detection is spotty at best and, oftentimes, the game will completely fail to register a button press. This is especially problematic as the combat calls for split second precision when trying to disarm opponents, the failure of which almost always results in instant death. Add to that the stiff character animations, and you have a serious issue that needs addressing.

Judging by the reveal trailer shown at E3 2013, they seem to have improved the unarmed combat, but we will have to wait until we see proper gameplay footage before we can tell for certain

DICE are obviously better known for their military first person shooter series Battlefield, and it seemed like they were afraid to completely distance themselves from this genre with Mirror’s Edge. The ability to pick up and use guns is completely out of place with the rest of the game. The unarmed combat at least fitted in with the pace and flow of the free running. Picking up a gun from a guard brings the game screeching to a halt as you clumsily try to shoot the weapon at your attackers.

Not only that, but it seems contrary to the character you are supposed to be playing. Your character is supposed to be someone who runs from the police, who only fights them as a last resort. She’s not a murderer, and yet the game gives you the ability to straight up murder a whole bunch of cops, who your own sister is a member of. The problem is exasperated by the fact that some of the later levels all but require you to use guns on any of the higher difficulties. It almost  seems as though DICE, or perhaps EA, were afraid to make a game without some form of shooter mechanics. I hope that for Catalyst, the ability to use guns is completely removed.

The control scheme for Mirror’s Edge was…unique, to say the least. For whatever reason, DICE put the main controls for the game on the controller’s shoulder buttons. This is especially a problem on the Xbox 360, who’s shoulder bumpers, not the easiest or most reliable of buttons on the controller, are now the primary controls. This wouldn’t be too mush of an issue on the new-gen consoles, as both have vastly improved shoulder buttons, but I still don’t understand the logic behind this decision in the first place; hopefully DICE will put the jump and action controls back on the face buttons where they belong.