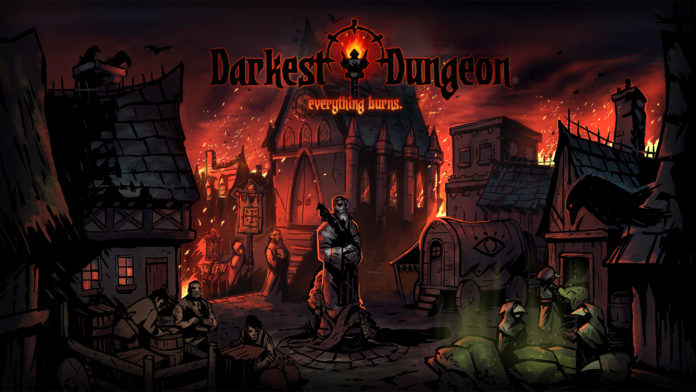 Set against the backdrop of a Lovecraftian world of horrors, mingling the realms of Poe’s dreary New England with that of the medieval crusades among other ages, this turn-based RPG Darkest Dungeon is both challenging and incredibly fun. While in early access via Steam, the game is already full of content, and well worth the fee now to see the development continue into the future. The game leaves oneself the heir to an estate beset by strange creatures and corrupted humans, with the task to eradicate the evils that dwell over the land.

Gather a team of specialists to delve into the various surrounding regions, on quests in order to expel the spreading darkness emanating from the seat of your ancestor’s house, who started the wheel of evil turning many years ago. Equip your adventurers and train them well, because the enemies will also grow more fearsome as you make progress. Prepare yourself for the coming terrors by bolstering the services at your disposal in your base of operations, the one village left unspoiled by the deadly horrors. Be wary when out in the field, however, for the dungeons can be anything but forgiving… If you lose one of your companions, they stay dead, and with one down, the rest are not far behind. 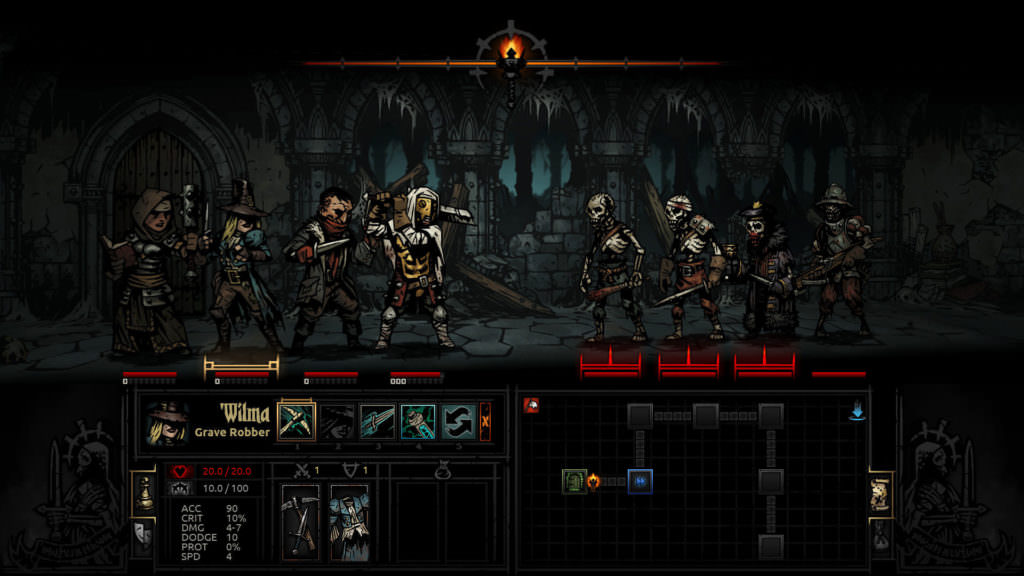 It’s infuriating when you lose a character after spending hours of dungeon-crawling leveling them up, and kitting them out with better armour and weaponry, only to have them perish to a measly worm or giant pig man, depending on the fight. The tide can turn very quickly, and it does often require quite a bit of strategy, involving taking the right equipment, taking the right people, and making the right judgement calls while fighting the fiends.

Taking your time to grind your characters before higher level dungeons prevents this for the most part, though. Maintaining the psychological health of your characters as well as the physical is a side to the game that is possibly the most stressful. One of your recruits having a mental breakdown mid-quest can be inconvenient at best, your downfall at worst. It’s something that game developer’s have been exploring increasingly lately (such as in Don’t Starve), and adds to the experience immensely.

Stylistically, the game is beautiful. The lighting, the character designs, and the setting are all awe-inspiring. Something subtle but significant about the female character’s outfits is that they are actually appropriate for battle situations, as most of the recruits you pick up are decked from head to toe in armour. There isn’t much in the way of customising your characters (so far), but different colour palettes can be selected for them, changing features like hair and skin tone. Lighting and shadows in the game are mechanics as well as decorative. Torches have to be taken along to prevent ambush by the foul creatures in the dark. 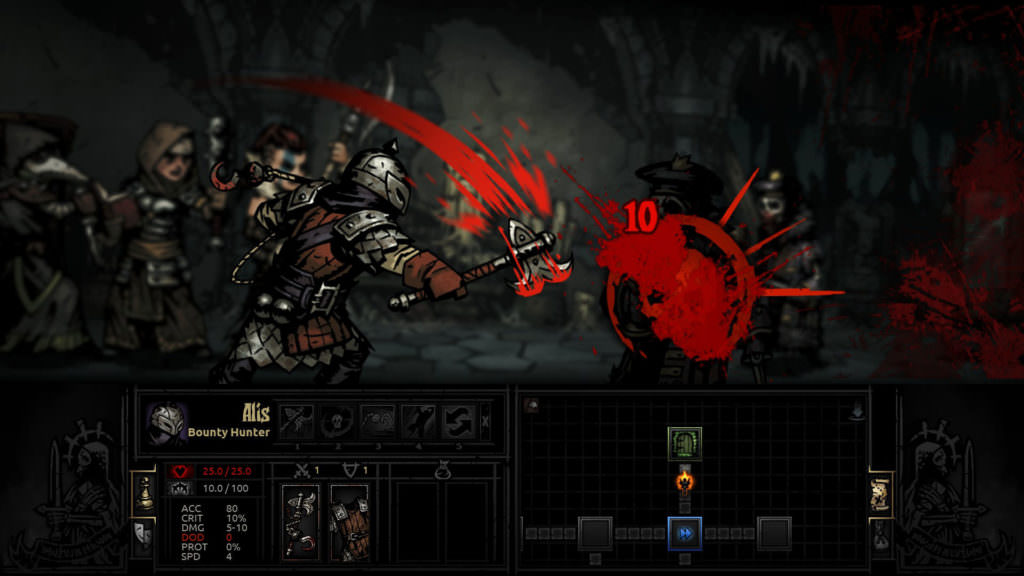 While the game is 2D, all of the characters are very expressive and impressive. Meeting new enemies is particularly striking. It can be a pleasant or unpleasant surprise to see new additions to the gallery of evil. One drawback is the small number of heroes available at the moment, although an update was recently released adding two more. It can be repetitive going on missions, which themselves are procedurally generated and fresh, with the same heroes every time. It’s easy to grow attached to certain members of your team, but they usually don’t last long in the hostile atmosphere. That’s where the villains come into their own. New enemies are what really keep the game interesting. Having to adjust and redesign tactics is the most enjoyable aspect. Plus they progressively get bigger and uglier, and they look pretty cool.

Playing Darkest Dungeon doesn’t take up much of your time, but it is fun to let it do so. The missions are relatively quick, and the game auto-saves very often, so dropping in and out isn’t a problem. It’s easy to spend a few minutes, or a few hours engrossed in it. There are few weaknesses to take from the experience. Glitches are infrequent, if they occur at all, and are largely inconsequential. The missions do feel very similar after a time, with there only being several variations, despite the fact that there’s a completely new dungeon each time.

One gripe this reviewer has is with the bosses, the same creature having to be beaten three times, with slightly different titles, and increased difficulty. While the game has a general storyline regarding the purging of the estate, this particular aspect doesn’t seem to make much sense. It doesn’t make much of a difference, however. The game can be forgiven for plot discrepancies given how stellar the gameplay and art are. Darkest Dungeon is an excellent and continual experience, and it’s not even a finished product yet.