Lethis, a fictional empire in the throws of an industrial revolution, needs an urban planner to guide the construction of the nation’s new age, one filled with steam powered automatons, hot air balloons and absinthe made from fairies. Following in the footsteps of the much-loved Impressions 2D city-building games of the 90’s and early 2000’s, Lethis runs in fundamentally the same way as those. You provide services to your city’s inhabitants, within a grid, without allowing any of them to run outside the desired area. This feature is little seen nowadays, and takes some getting used to.

It’s intensely satisfying to see a city you’ve spent a long time building from scratch bustle and hum like a well-oiled machine. And you will have quite a few machines. Mining, industry and steaming are key to creating a successful city in Lethis. You begin with a few tents in a field, and end up with rows of brick towers and mansions, massive industry and mining sectors, and even Zeppelin docks… If you can keep everything in order. It can be quite difficult, managing all of the many resources you need to keep track of. But the reward more than pays off. 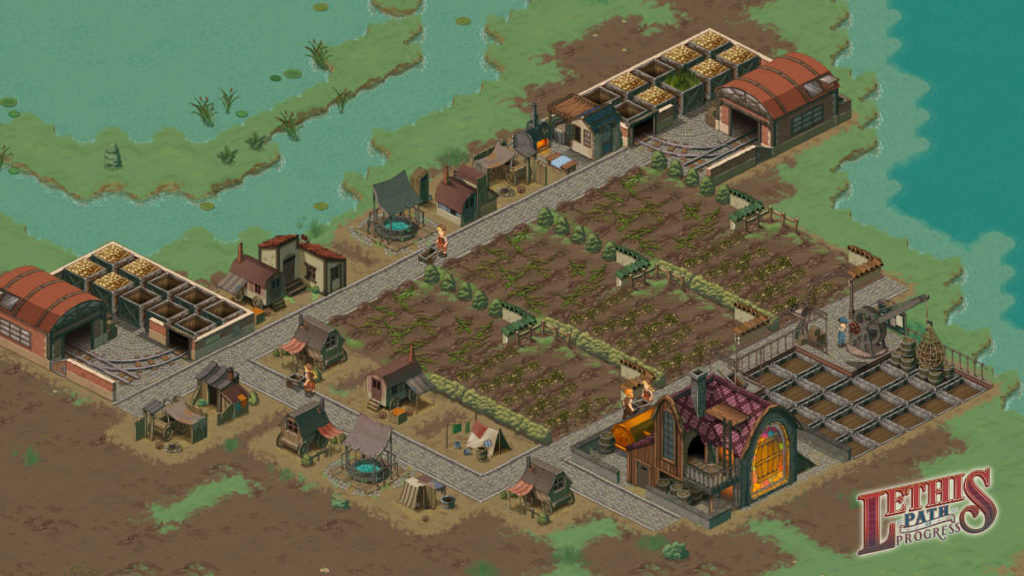 One of the many treats that Lethis – Path of Progress has in store is its graphics. Simple and 2D, the animations are sure to win your heart. From the fishing shacks to the gold mines, from the factories producing robots to the building of great monuments, every inch of the game is beautiful, and hypnotising to watch it run smoothly. In a Victorian Steampunk world, with very obvious French influences, Lethis is just charming from head to toe. The music only enhances the experience, making the hours pass all that much easier. And the hours do pass in this game. It swallows you up and spits you out hours after the fact. Thankfully the auto-save feature does its job often, and it’s simple to drop in and out of game. 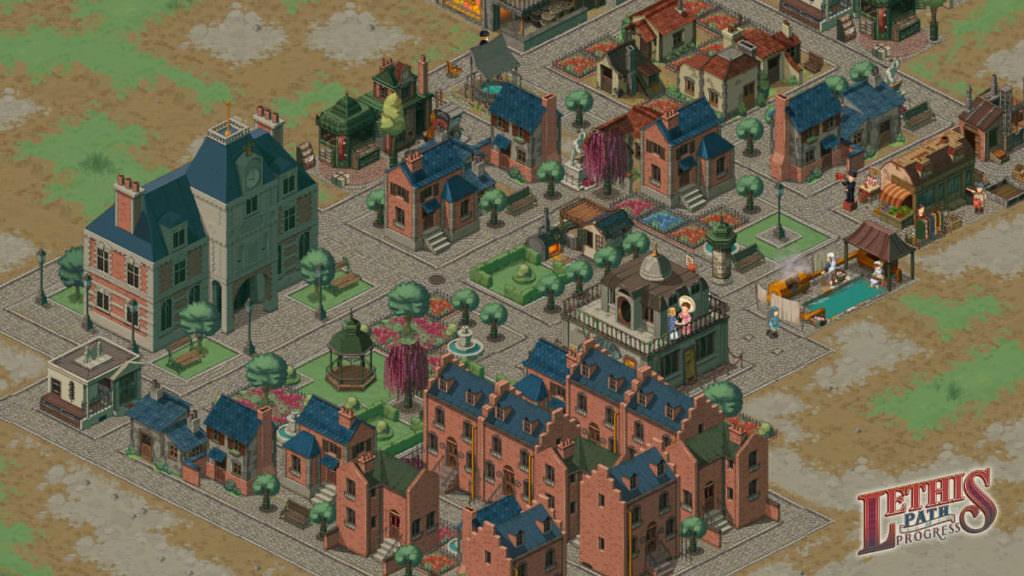 It’s easy to believe that you are inhabiting a much larger world, itself affected by the industrial revolution. Under the command of the imperial family over 100 years of Lethis’ history, you must interact with other cities in the empire, importing and exporting goods. Nationwide events can affect the flow of materials, and your inhabitants’ morale. Rival urban planners can interfere with your building. With a comprehensive tutorial and 26 time-consuming campaign missions, Lethis gets you in its grip and doesn’t let go lightly. And you probably won’t want it to.