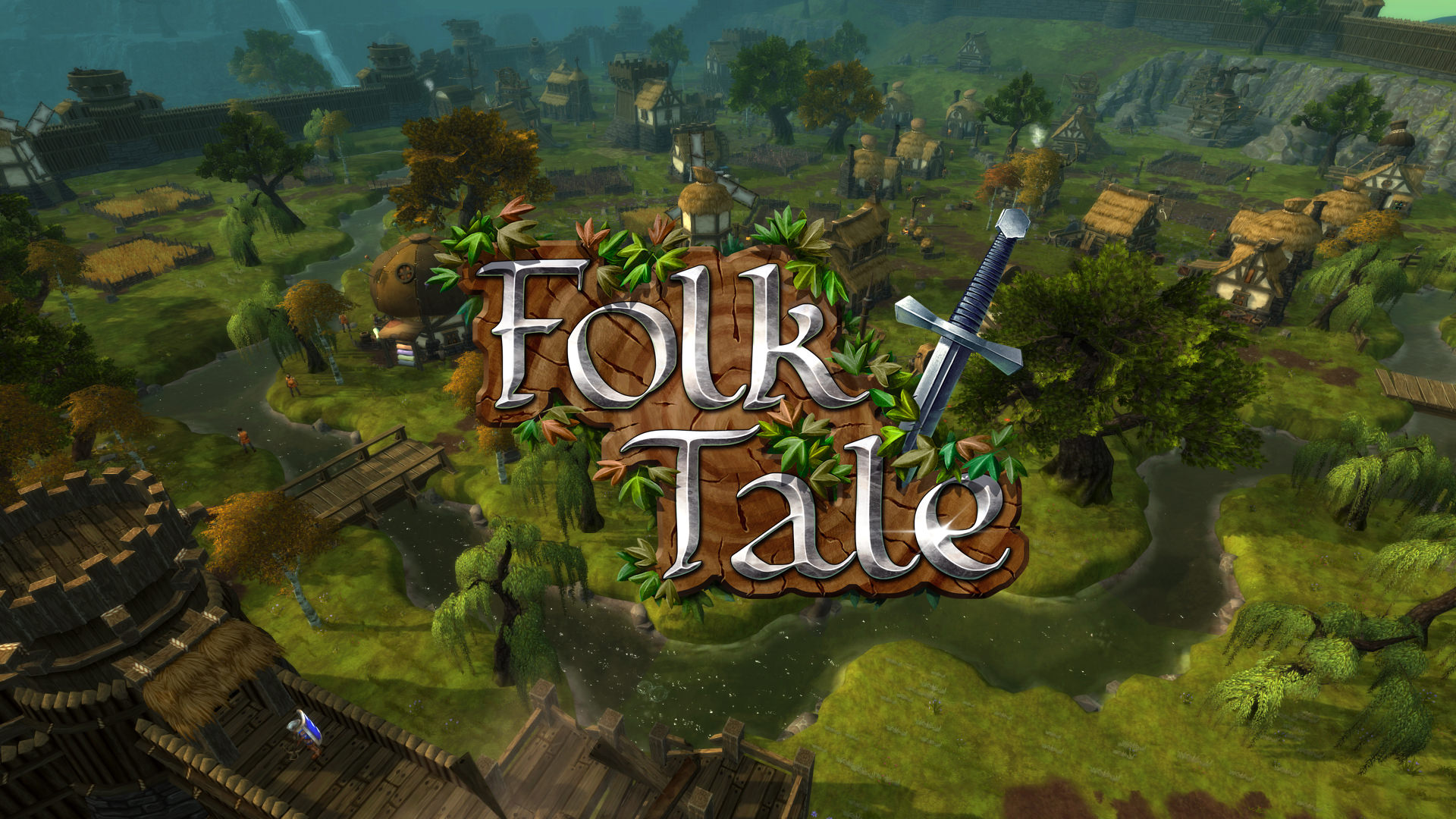 Folk Tale begins with a blank slate: an empty field ready for the player to build a village and harvest the resources available in order to grow. People come to your new settlement, work the fields, the mines, what have you, and you direct all their movements. A medieval fantasy world waits to be populated and built upon.

As city-builders go, Folk Tale is very small scale, and allows for more intimate control of the world, individual direction of the inhabitants. In this way it mixes elements of Real Time Strategy games, and RPGs too. It’s early access, and currently only allows for sandbox building, with some direction and tips from the game. As you grow, enemies begin to appear in the world, and so defensive and eventually offensive measures must be taken. Each villager can be equipped as the player sees fit, and each can level up. A lot of features are still in development but it seems as if villagers and guards may unlock different abilities as they gain levels.

The music is great, very relaxing for the pace of the game, and matches when the excitement kicks up. Humour is something that is unique to Folk Tale, separating from much of the sim games on the market. The graphics are cartoonish and character voices are meant to lighten the mood. The sense of humour of the game is very similar to the Fable universe’s, and in some ways the game is reminiscent of Fable III’s RTS section.

Unfortunately, two years since their release on early access, Folk Tale is still very much in development. While it’s allowed for the developers to hear the community, implement more features and fix things, the game hasn’t progressed nearly enough. Many problems have been seen to but it’s still very clearly in the alpha stages.