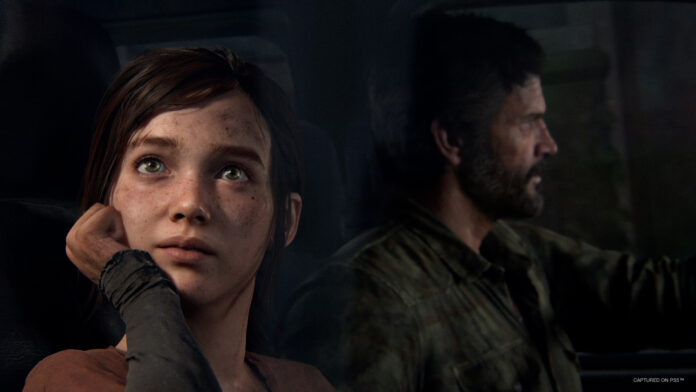 How do you rate a game that has already been reviewed twice? A game that is rightly called a modern classic, where everything has already been said and written about? That question has been running through my mind a lot in recent weeks while playing The Last of Us Part 1. A remake that may seem unnecessary, but deserves to exist by being faithful to the original.

Make no mistake about it: The Last of Us Part 1 is really a remake on a technical level. A brand new engine, re-animated characters, much-improved audio and infinitely more detail in the faces, clothing and environments make it clear that we’re dealing with a true PlayStation 5 game, and definitely not a (re)polished PlayStation 3 title. The above is not just technical nonsense that you can summarize as “The Last of Us Part 1 is more beautiful”.

The dynamic range of both the images and the audio amplify every moment. In Pittsburgh, if a jeep is chasing you with a .50 machine gun, you’ll hear and see the area being destroyed. Above and behind you, you can hear how each individual bullet hits, while glass and concrete are shattered with raw violence.

In a sagging ruin that was once an imposing skyscraper, silence prevails. Rain taps atmospherically on the windows and in the distance you hear thunder, that is until the chilling sound of Clickers suddenly disrupts the silence. Immediately you dive into survival mode and try to dodge the zombie-like creatures. Finding the right escape route is not difficult, because thanks to the softer colours and natural lighting, the details in the darkest environments remain clearly visible. After more than nine years, The Last of Us once again sets the standard for how games look and sound.

At the same time, The Last of Us Part 1 does not deviate a millimeter from the source material. In concrete terms, this means that you go through exactly the same story, with exactly the same locations, dialogues, events, confrontations and music. Compare it to copying a text, but on more luxurious paper, with a better pen and in neater handwriting.

With that, Naughty Dog retains the most important thing about The Last of Us: the emotion. After all, The Last of Us isn’t about action or puzzles, it’s about the emotional journey of two incredibly human opposites. The old, lived-in Joel saw with his own eyes how the entire society crumbled after a deadly virus outbreak. In the midst of all the misery, he finds a new reason to care: Ellie. She is young, naive and bold and knows no better than that the world is as it is. They have to survive together.

What follows is a beautiful game story that is still unsurpassed in humanity. It’s a heavy story full of emotional lows, but also manages to ease the tension with small, innocent moments. The growth that the two characters go through, marked by all the events along the way, is a journey that you will always remember as a player.

Nine years and countless replay sessions later, The Last of Us Part 1 still manages to touch and move. Even if you know what’s coming, there are still moments that give you a knot in your stomach, while a moment later you can look at a piece of innocence with a lump in your throat. We’ve seen the parent-child relationship in many other games, such as God of War, Death Stranding, A Plague’s Tale, and even https://elitegamer.ie/2021/08/25/halo-infinite-comes-out-december-8th/, but none do it as well as The Last of Us. This is a game to be cherished.

It is therefore understandable that there is no objection to the set-up. The Last of Us is particularly well-balanced and you don’t want to unbalance with new or modified scenes. But that doesn’t mean the original is perfect. At the time, the repetitive ‘puzzles’ with planks, ladders and rafts were already negative. Ellie yells “Oh, this thing again” one more time when you have to help her over a piece of water for the umpteenth time by moving a raft.

The artificially demarcated levels and ‘fighting arenas’ also seem a bit archaic. Alleys and stairwells that you don’t have to explore are all coincidentally all barricaded with benches and pedestals. Where you have to fight with people or zombies, you have very favorable cover. Those designs are so ostentatious that at some point you’ll be quietly chatting with another character and already know that you’ll have to fight in that same place. After all, there are unnaturally positioned crates and carts everywhere to hide behind.

The fighting itself has hardly changed, by the way. It is noticeable that your computer-controlled allies in particular behave more realistically and do not run through the firing line like a headless chicken, but that’s about it. You can’t hide in the grass, and while enemies’ bodies can be quite mangled by bullets and explosions, their friends don’t scream in horror like in The Last of Us Part 2. Developer Naughty Dog proved with Part 2 that it has gotten significantly better at designing believable environments and interesting combat, but we don’t see any of that in this remake.

Nevertheless, Naughty Dog has not only limited itself to more beautiful images and sound. With subtle changes that blend in perfectly with the whole, the developer ensures more continuity. Take the way you modify weapons. In the original game you could modify weapons at workbenches, but you actually clicked in a menu on what you wanted to improve and poof, your weapon was improved. Now you see – just like in Part 2 – how the weapon is tinkered with and how the tool is then returned to the backpack. That seems like a small thing, but it keeps you ‘in the game’. That’s important in a game that relies so much on the emotional bond you create with the characters. You don’t want to interrupt that band with a loading screen or menu.

The cutscenes are therefore now seamlessly connected to the gameplay. That means not only that loading times are completely absent, but also that you see Joel and Ellie as they currently look in the game. In the original game you saw some sort of ‘vanilla’ versions of the characters, without weapons and equipment. Now there’s a baseball bat on Joel’s back, or a fat revolver on his hip; whatever you are carrying at that time will be visible in the game. Joel and Ellie are also dirty, wet or injured, depending on what you’ve just been through. It makes the characters even more believable and the emotion stronger.

Technically, Naughty Dog sets the bar very high as we are used to from the studio. As mentioned, the audio and graphics are of a high level, and the finish is also sublime. Don’t expect any bugs or crashes here. Graphically you get a choice between ‘Fidelity’ and ‘Performance’, with Performance targeting 60fps. However, Fidelity is not locked at 30fps, but at 40fps. This is a trick that we see in more Sony games and that 120hz TVs benefit a lot. Contrary to what the number suggests, 40fps is exactly between 30fps and 60fps, while the game continues to run at the highest resolution. You can even play with an unlocked frame rate to always get the most out of the PlayStation 5. The disadvantage of this is that you get unstable black values on some TVs with a variable refresh rate, while there are a lot of dark scenes in The Last of Us. But of course Naughty Dog can’t be blamed for that.

Restoration for the new generation

All things considered, the stamp “remake” might give the wrong expectations. After all, Part 1 doesn’t deviate from the source material, although the improvements go further than those of The Last of Us Remastered in 2014. You could argue that Naughty Dog should have used this remake to modernize the combat and level designs as well, but the question is whether we would have had the same experience. History teaches us that adaptations of precious source material do not always turn out well.

I see The Last of Us Part 1 more as the restoration of a work of art. Such a restoration is of value to our medium because technology simply does not stand still. Thanks to this restoration, The Last of Us can still have the same impact on a new generation of players after almost a decade. For example, players who were too young for an adult game like this at the time, but also players who will soon discover it on PC, thanks to the many accessibility options can finally play this game too, or anyone who gets into it for the first time via the upcoming HBO series, comes into contact with Joel and Ellie.

So if we assess this remake from the perspective of an old, lived-in hand, then the added value compared to the original or its remaster from 2014 is nil. For those who look at it that way, the nostalgic memory will be strong enough to see through the dated graphics of the original, causing this remake to lose its primary purpose. If we look at the remake from the perspective of the younger, more open-minded generation however, then this is their chance to enjoy the modern classic with modern visuals.

The Last of Us Part 1 will be available on September 2 for PlayStation 5. The game will also come to PC at a later date. 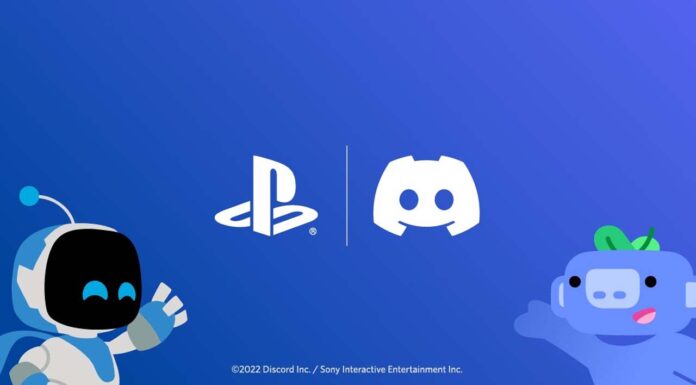 Daire Hardesty - 29 August 2022 0
PlayStation consoles are reportedly getting integrated voice chat via Discord sometime in the "coming months." DualSense Tom Henderson of Exputer reports this based on "various...