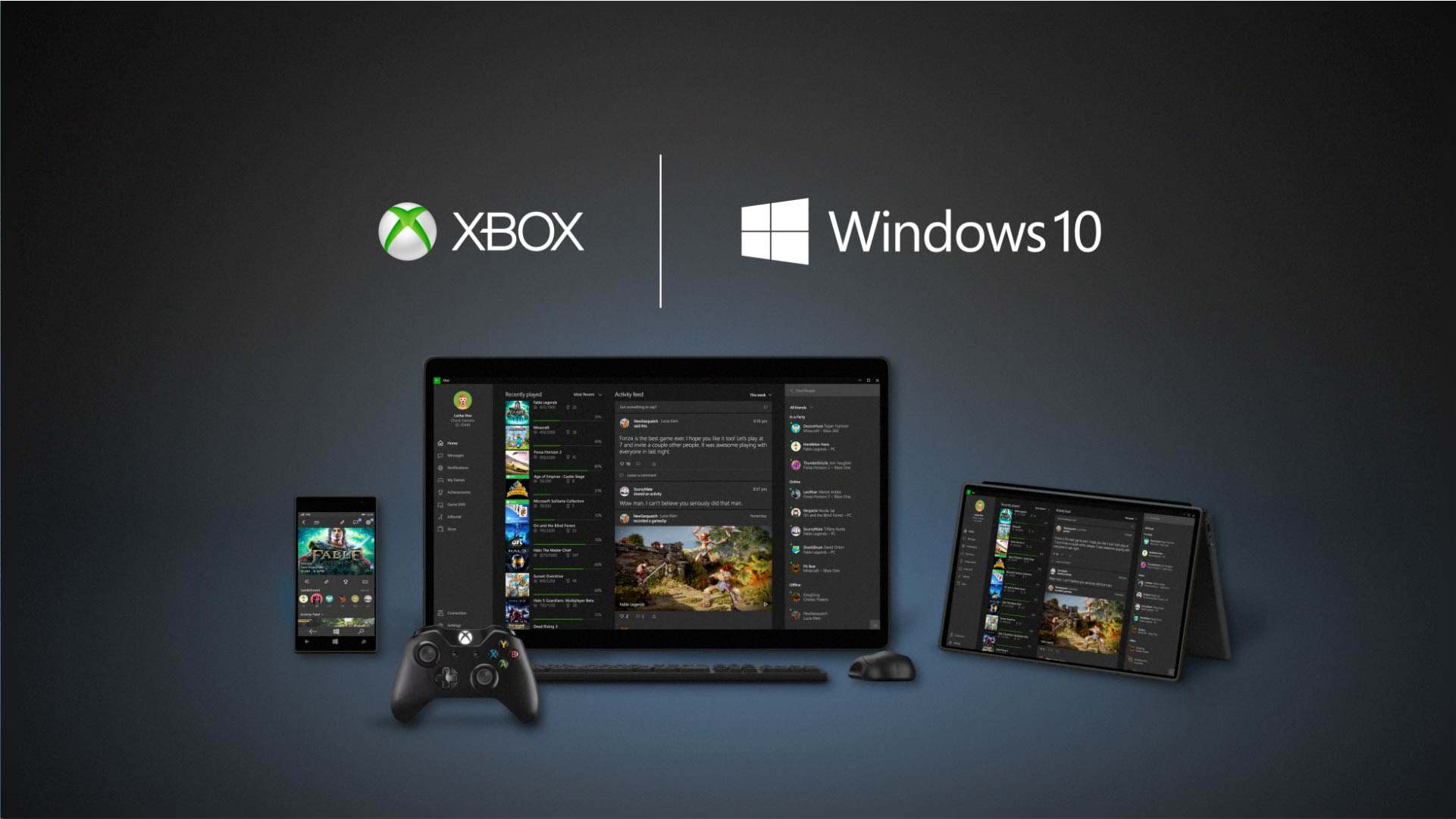 The best Windows ever for gaming

Gaming just got even better with Windows 10. Not only do your existing games work great, but now you can play and connect with gamers across Xbox One and Windows 10 devices. Stream your Xbox One games to any Windows 10 PC in your home. Play new games optimized specifically for Windows 10. And easily record and share your most epic gaming moments with built-in Game DVR. From the best casual games to a new generation of PC gaming, Windows 10 gives you more ways to play. 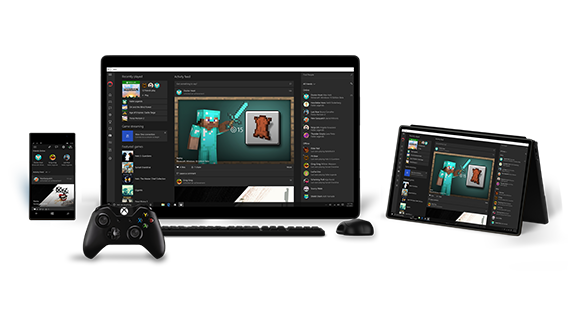 The Xbox experience on Windows 10

The Xbox app brings together your friends, games, and accomplishments across Xbox One and Windows 10 devices. Stay connected to the Xbox Live community, start party chats, launch into cross-device multiplayer, and stream Xbox One games to any Windows 10 PC in your home. 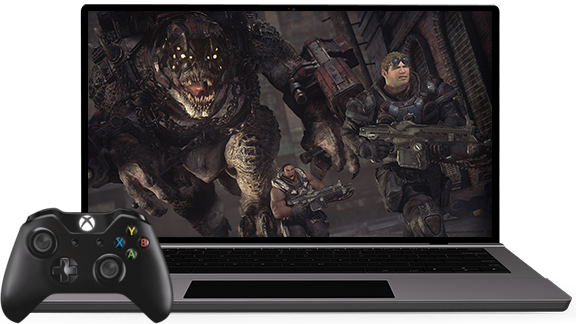 Play great games optimized specifically for Windows 10, including Minecraft, Gigantic, Killer Instinct, and Gears of War. Challenge your friends, earn achievements, and be part of the premier gaming community in the world, with multiplayer powered by Xbox Live. 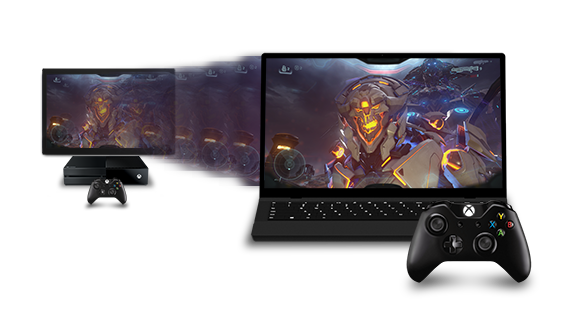 Play Xbox One games in more places at home on a Windows 10 desktop, laptop or tablet. With an Xbox controller and a laptop your Xbox game collection follows you from screen to screen, so you can play Halo in your bedroom, kitchen, or as far as your Wi-Fi will go.* 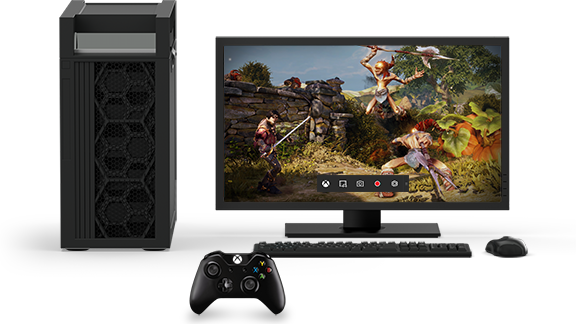 With the Xbox app, edit and share your epic gaming moments with your Xbox Live friends. Simply hit Windows key + G to capture game clips and screenshots with the built-in Game DVR, then use the Xbox app to trim your clips and share them on Xbox Live so your friends can see your finest moves. 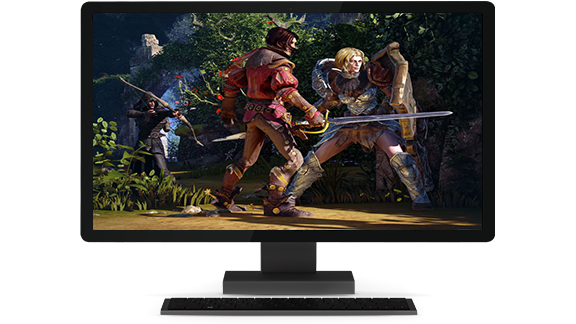 On Windows 10, games can take advantage of the breathtaking graphic fidelity of DirectX 12. DirectX 12 games unlock the full capabilities of your PC’s video hardware to deliver incredible visuals and improved performance.
At the heart of DirectX 12 is the latest version of Direct 3D, which is faster and more efficient than ever before, maximizing use of existing graphics hardware. 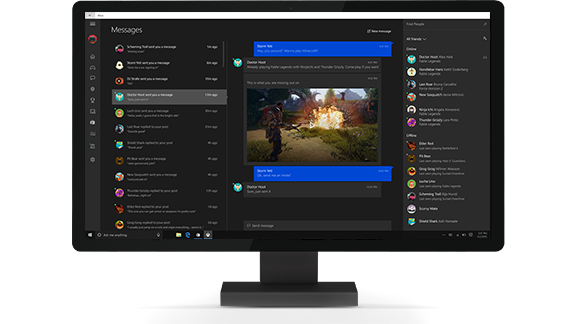 Chat and play together anytime

Join a party chat with your friends while playing – the same or even a different game – whether they’re on a Windows 10 PC or an Xbox One. And invite or join friends in multiplayer games like Fable Legends and Gigantic, wherever they are, on Windows 10 PCs and Xbox One. 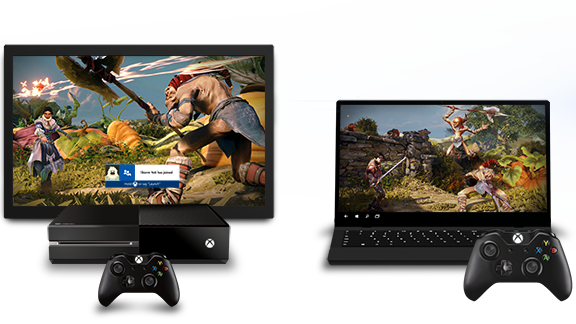 PC vs. Xbox One multiplayer

Team up with friends or compete against them in multiplayer games, Fable Legends and Gigantic, wherever they are across Xbox One and Windows 10 PCs.
data-raven-youtubeid=”DqBBASzk1p4″ 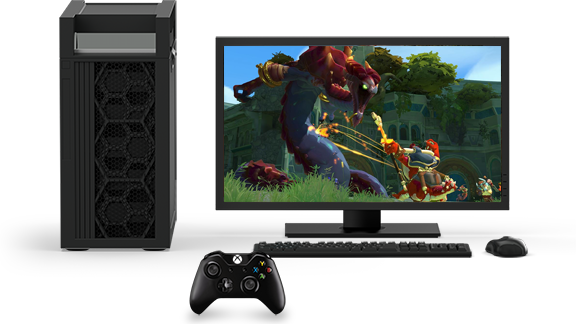 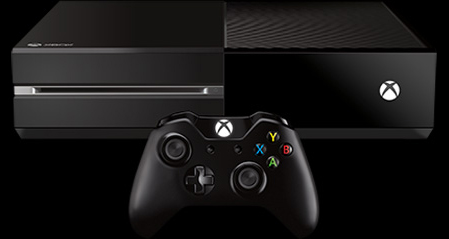 There’s only one place to play the best exclusives like Halo 5: Guardians this year. Experience the most advanced multi-player on Xbox Live, quickly switch between games and live TV, and instantly resume your game where you left off.

*Stream to one device at a time with supported games.