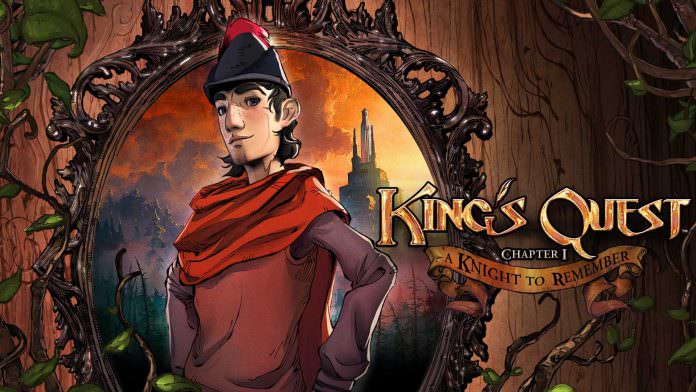 The adventure game genre relishes in its revival yet again as Sierra bring back one of the oldest video game franchises in history. Invade bridge troll union meetings, steal a magic mirror or blind a dragon. Nothing is too daring for this incarnation of King Graham. It’s pretty, it’s funny but most of all it’s charming.

King’s Quest used to be a bit of a black sheep. It was renowned by PC users everywhere but it was ruthlessly unforgiving. At any moment you could be crushed, drowned or stabbed (It wouldn’t be surprising if one death had all three). You could easily be trapped in a no win scenario where you just couldn’t finish the game, and in the age of no internet, this was infuriating.

However, the King’s Quest reboot has learned from all these, kept homages to them and pushed onwards drawing inspiration from other 3d point and click games(can you think of any?)

You play a young Graham on a quest to become a knight of Daventy as an older version of Graham narrates. You must conquer three trials (because it wouldn’t be an adventure game without 3 objectives) to prove his worthiness to become a knight. You’ll meet many characters that are genuinely funny and the puzzles all seem to make sense but as ever there are a few shaky ones.

The narrative is nonlinear and has you visit the same area in two different time frames, resulting in some great “so that’s how this place ended up like this” moments, which gives a great feeling of environments existing not just for the sake of a video game. If anything I hope future episodes do something similar

The way in which you control Graham actually feels more like an earlier 3D PC game in that you control him directly by using the left stick. You easily fly through the gorgeously colourful areas of Daventry which is a pleasure to look at. The Pixar-like animation and colour scheme really lend to the fairy tale alike world.

Other reviewers have ignored is the value for money in comparison to other episodic content.  For €10 you get a solid 5 to 6 hours of gameplay, which is fantastic and hopefully a sign of things to come for better value for money.