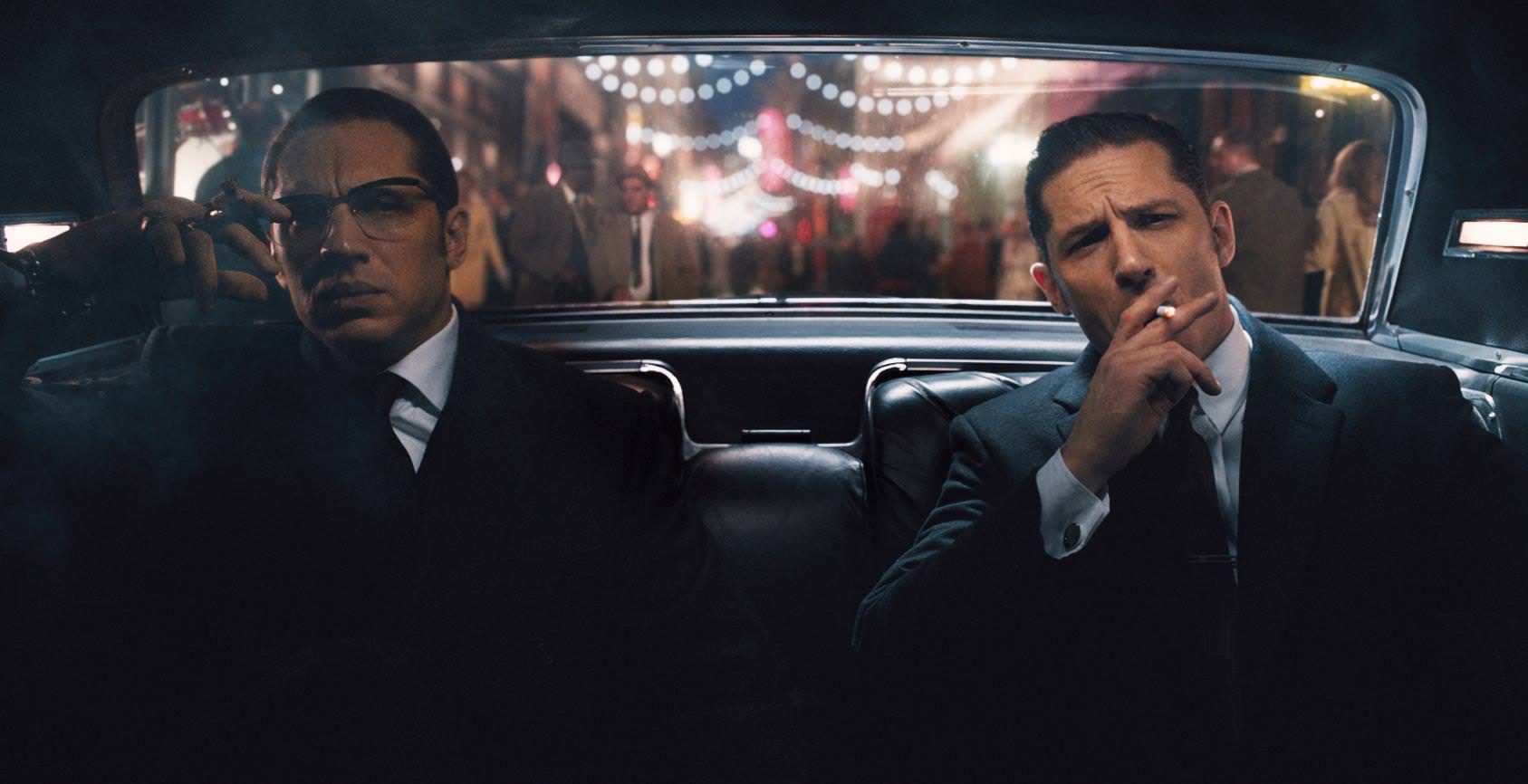 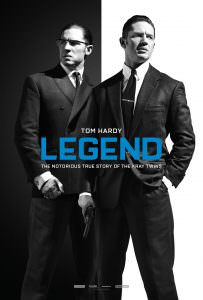 The first thing to point out about ‘Legend’ is that it is exactly that – legend. Instead of focusing on the rise of formidable Cockney duo – Ronnie and Reggie Kray, we instead delve straight into the twin brothers life as already being made men. Tom Hardy’s performance as both Ronnie and Reggie is without a doubt some of the finest acting to  grace out screen. However, there is one major flaw in it – he’s too damn likeable.

For those who don’t know, uttering one seemingly simple little name in London’s East End during the 1960’s would result in a golden trickle reaching down the trousers of many a hardcase – Kray. The name has gone on to become an art of pop culture and ‘Legend’ very much so toys with that concept. For a movie which is a rated 18’s British crime thriller, I found myself as well as the vast majority of those in the cinema in stitches laughing. As I’ve said already, the main flaw in Hardy’s performance is being too likeable. Even during their most vile moments on screen, you still have half a smile on your face.

Hardy exceeds in the role of Reggie Kray, the deceptively charming brother, as the movie is told through his eyes. Yet it’s as the mumbling psychotic Ronnie that Hardy’s performance flirts dangerously close to being a caricature. That being said, Hardy’s performance as both brothers is as strikingly different just as the Cockney duo were. ‘Legend’ is at its heart is a fascinating insight into the increasingly strained relationship between the two brothers and how their private lives threatened to tear their London empire to shreds. It’s unfortunate that the supporting cast get so little time on screen, as Reggie’s tumultuous relationship with Frances Shea (Emily Browning) could have been examined in greater detail.