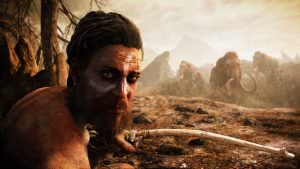 Ubisoft have officially announced Far Cry Primal, the latest edition to the games series. Check out the official release trailer below:

Welcome to the Stone Age, a time of extreme danger and limitless adventure, when giant mammoths and saber-toothed tigers ruled the Earth, and humanity was at the bottom of the food chain,” the description at FarCryGame.com states.

“You will play as Takkar, a seasoned hunter and the last surviving member of your group. You have one goal: survival in a world where you are the prey. Grow your tribe and hone your skills to lead your people, conquer the land of Oros, and become the apex predator. Encounter a cast of memorable characters who can help push back the dangers of the wild. Face enemy tribes who will do anything to eradicate you and your allies.”

Far Cry Primal will be released worldwide on February 23, 2016 for PlayStation 4 and Xbox One, followed by a PC release in March.