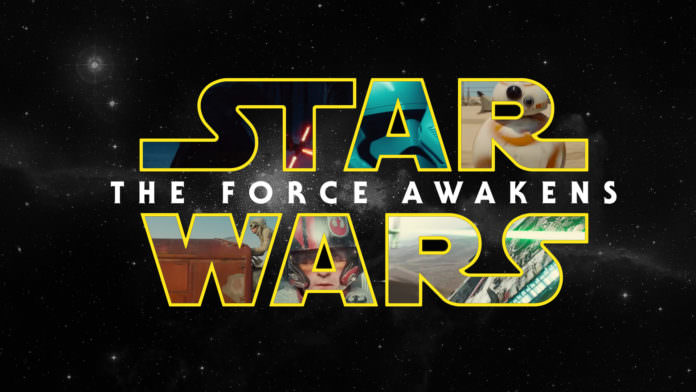 “Star Wars, nothing but Star Wars,

Give me those Star Wars,

There’s been an awakening, if you hadn’t heard. Yes, Star Wars: The Force Awakens is finally here and may word, it is good. Before I go any further, no this isn’t a review and no there will be no spoilers dotted throughout (ahem, take note Empire Magazine). Instead, this is much more of a stroll down memory lane for yours truly. I vaguely remember the first time I saw Star Wars. I was ill, only a toddler and was being nursed by a VHS copy of Star Wars: A New Hope. I was fascinated by it, yet it wasn’t until 1997 that I began to understand to true power of The Force. Medi-chlorians aside, it was the re-release of the Star Wars trilogy in the lead up to the prequels (more on that later) that got me hooked. It was in the Savoy on O’Connell back when they had that massive curved screen and the cinema was packed to the rafters of all sorts of people, all of various age.

Fast forward to 1999 and myself and a mate are sitting in the Ormonde Cinema in Arklow. Now, for those of you not familiar with the fine surroundings of the Ormonde, it fell into the category “so bad that it’s good”. Or at least it did. What The Phantom Menace highlighted was just how awful the fecking place was. Aside from not having a popcorn machine or drinks dispenser (can of Coke and a Dan bar may suffice), the place was falling apart worse than Leia’s hair after a night of Han Solo-ing….or something. The speakers on the left side of the screen didn’t work, the image was dull, the place was empty and the less said about the seats the better. But it wasn’t just the Ormonde that tarnished Star Wars in my eye, it was George Lucas.

I know, we’ve all read and heard the bashing that Menace and the following Episodes received (and rightly so), but hear me out. Like many, my favourite instalment is The Empire Strikes Back. It’s dark, gritty, shot beautifully and as odd as it may sound, it was realistic. A fight felt like a fight. The clash of lightsaber on lightsaber had weight behind it. It was something the prequels didn’t have. It was CGI, green screen and everything Star Wars should never be…it wasn’t fun. Like a battered wife I hoped it would change and Revenge of the Sith had its moments, but all in all I was left heartbroken by the whole ordeal.

So when it was announced that Disney had purchased Lucasfilm and George Lucas would have nothing to do with any future plans (Disney going as far as to turn down his ideas) I was ecstatic. But there was that niggle of doubt in the back of my mind. Would The Force Awakens be another Ormonde-esque let down? The answer, thankfully, was no. Instead, Movies @ Gorey offered me the chance to relive some of my favourite childhood moments and smile from ear to ear throughout. It didn’t have that festival feeling that the Savoy did all those years ago, but it did certainly come close. People were bursting their arse to catch a complete strangers eye and start chatting about what had just unfolded (this happened twice to me on the way out) and it reminded me of why so many people, of all ages, race and background love Star Wars – it’s our childhood imagination running wild on the big screen, it’s fun in its purest form.