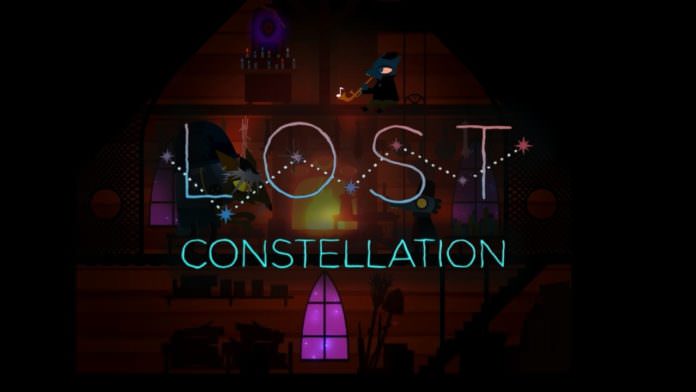 Lost Constellation is a ghost story being told to Mae by her grandfather about his home country. The main character of the story is Adina the Astronomer, who is trying to make her way through a snow covered forest to the frozen lake. Despite the charming, warm colours used to create the characters and skyline, the game has a definite creepy air to it. This is down to the narrative – the bulk of the gameplay consists of the player building snowmen on top of graves. The player uses artefacts left behind by dead travellers to build the snowmen. Once each snowman is built on a grave using an artefact Adina is able to communicate with them. Before moving along she promises to help them finally leave the forest as soon as she finds the forest god.

I really enjoyed the music in this game. Coupled with the storyline it really worked to create an air of mystery and add a ghostly feeling to the gameplay. The music sounded quite delicate, hitting a lot of high notes that often sounded like bells being rung. This worked very well with the gently falling snow as the player can see some equally delicate looking snowflakes floating around.

The gameplay is very simple as Lost Constellation is essentially a side-scroller where the player can make snowballs, throw them and jump over objects. The story sees the player interacting with the same NPCs repeatedly.  I never found myself bored with this as they generally had something different and relevant to say every time. Each of the snowmen and NPCs found throughout the game had their own distinct storylines and personality. I think this is one of the most charming aspects of the game. Each character seems to be unique, no matter how small their part.

My only issue was that there was very little indication as to what to do sometimes. Although I didn’t struggle with this, I could see how other players might. I did find myself accidentally walking back out into the previous area of the game at least once. The argument could be made for leaving the area open as the storyline hinges on the idea of Adina being lost in the forest. Personally, I was annoyed by having to go back and forth between an area that could have been locked off. 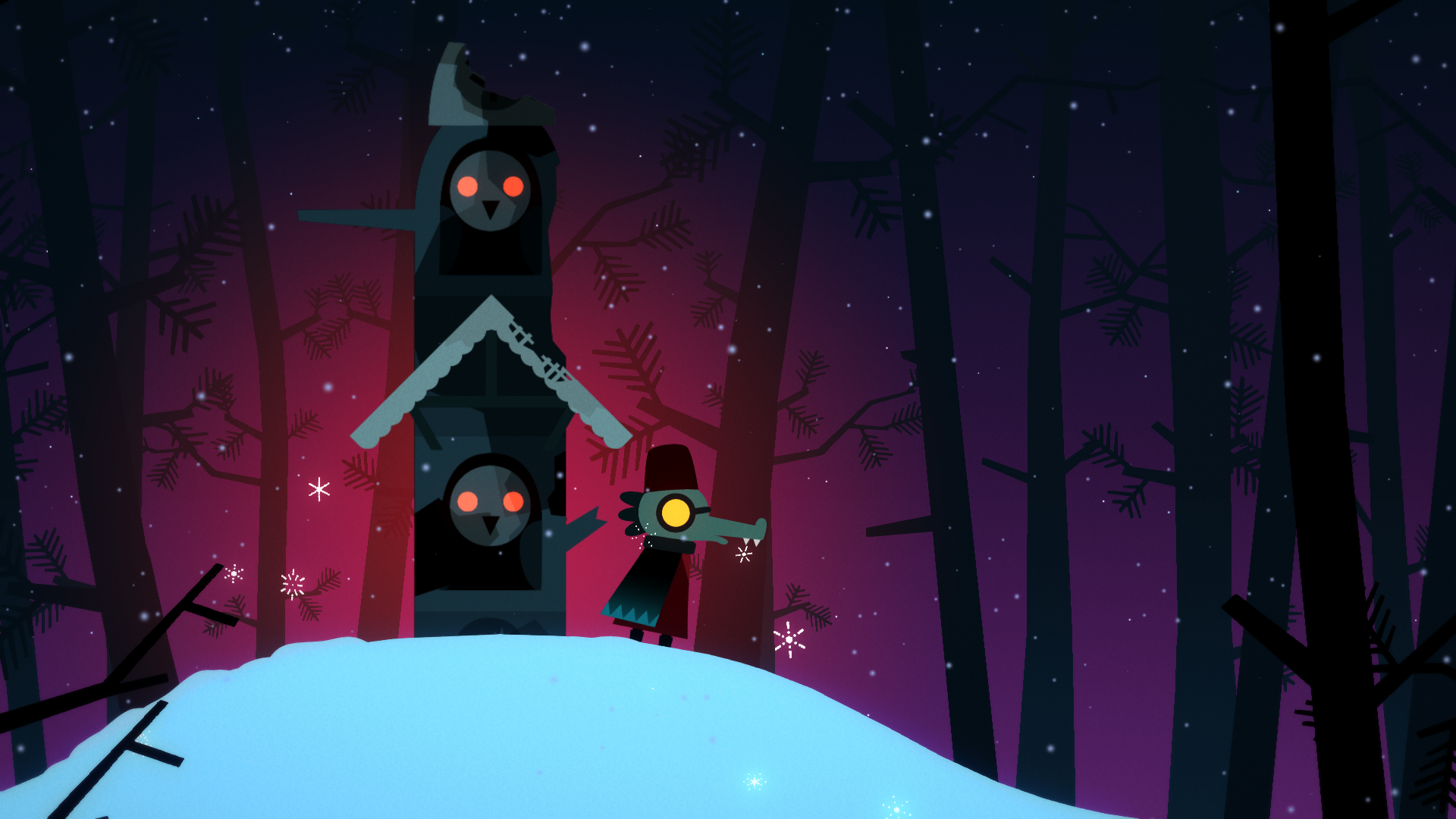 Such simplistic gameplay allows for a simplistic UI, with text only appearing on the screen when absolutely necessary. The only other UI element is found at the top left corner, which fills with little circles to indicate how many snowballs the player has made. I absolutely loved the art style of this game and felt that the minimalist UI worked perfectly with it. More importantly, the lack of a UI allowed the focus to be on the imagery and colours used.

The typeface used in the UI has a hand-drawn quality that I think worked really well with the simplistic graphics and beautiful colour combinations. This hand-drawn aspect of the typography tied into the idea of the story being told by one character to another. It also reigned the imagery back from being overtly creepy.

Lost Constellation may have been a short game but it really got me excited for the release of Night In The Woods. If you like interesting artwork and a game that is just plain different than both of these games need to be on your radar.