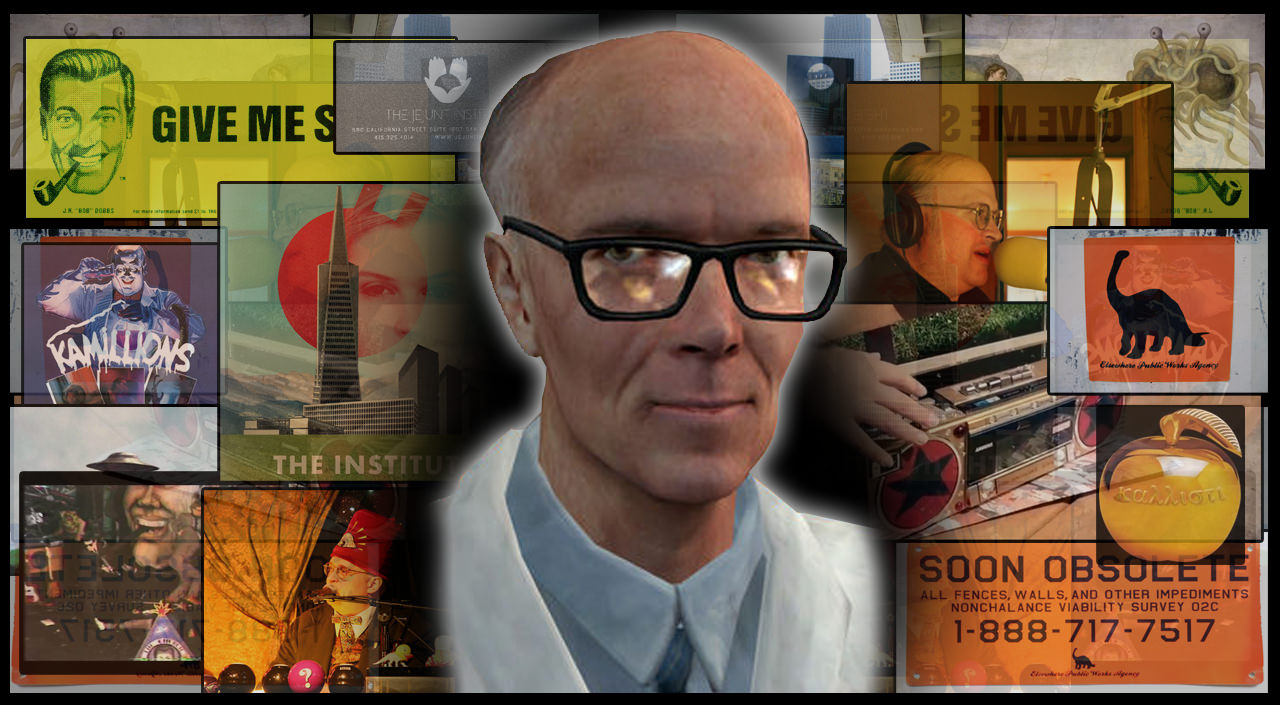 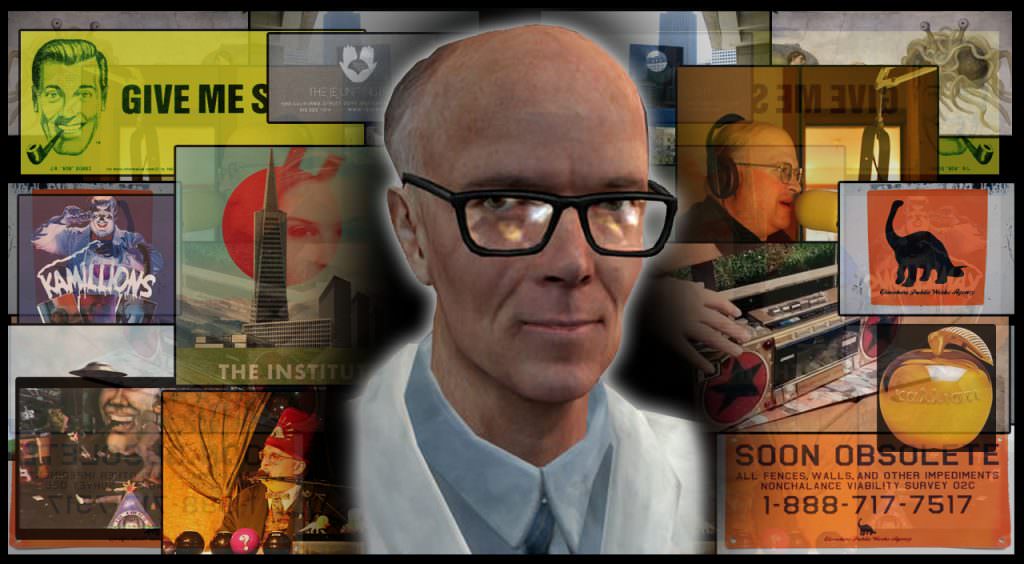 Amid the concrete wreckage of City 17, the most reassuring sound to be heard was the voice of Dr. Isaac Kleiner; ex-Black Mesa scientist turned subversive against the oppressive alien tyrants, The Combine. In that blasted block of a city, an encouraging voice of a super-nerd oblivious to any sense of doubt is just what the people needed. We need people like Dr. Kleiner in our lives and not just within the game world of Half-Life 2.

So imagine my delight when, while watching fly-on-the-wall documentary footage, I heard his voice coming from a payphone in the real world….and then my bewilderment when he said the only way to keep the psychic energies untainted was to “dance motherfucker!” 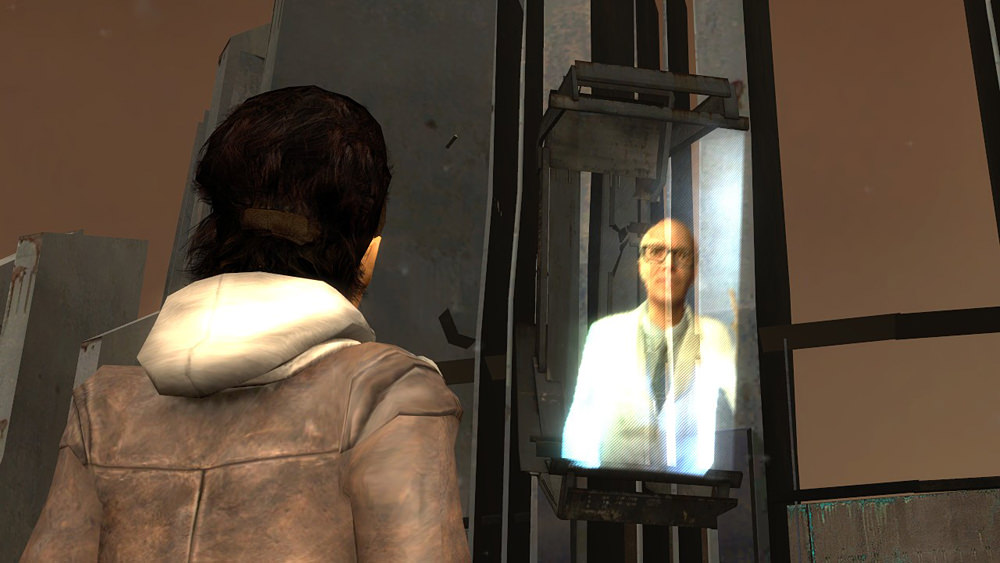 For those unaware (which is nearly no one); Half-Life is a sci-fi first person shooter often cited for it’s exemplary game design. The first one was released 18 years ago and is set in a hidden government science facility somewhere in New Mexico. Player character Gordon Freeman splits open a portal into another dimension in a physics experiment gone awry and must then escape the alien nightmares pouring forth. It’s sequel is set some time in the future in a Soviet-styled dystopia created by one of the alien races, and follo 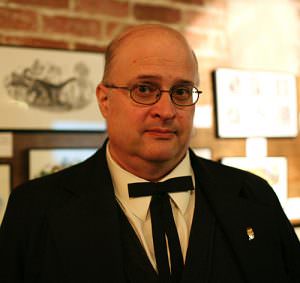 In both games, though he only becomes a named character in 2, Dr. Kleiner is a fellow physicist there to support Gordon and fight the alien menace. As with every single character in a Valve game, he’s brought to life by flawless voice acting. Harry “Dr Hal” Robins is the man behind the dulcet tones, and a quick search on IMDB will show you that he earned his physics degree long before Half-Life, in a perfectly cheesy sci-fi comedy called Kamillions. Almost 10 years earlier, it was him that brought the alien menace in to our dimension, not Gordon Freeman.

IMDB does not cover all of Robins’ adventures. Kamillions is far from the most obscure or strangest corner of his career. Nor is the 1999 weed documentary, Grass, or 2002’s Conspiracy Zone.

It’s his ties to discordianism and the Church of the Subgenius.

If you’ve ever heard of The Flying Spaghetti Monster, Robert Anton Wilson or Bob Dobbs, you’ve heard of discordianism and the Church of the Subgenius without knowing. Throw out the question “what is discordianism?” onto a forum and you’ll likely receive  20+ incoherent answers ranging from “THE ONLY TRUE RELIGION”, or “FAITH IN SLACK” or “23 LOLOLOLOLOLOL HAIL ERIS!” 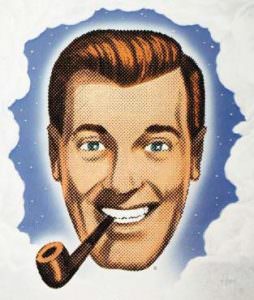 Hate to be that guy and not take part in the shtick, but discordianism is a sort-of joke, sort-of cult, sort-of counterculture that aims to lampoon the mainstream, it’s religions and it’s institutions by causing discord or confusion. Titled “Operation Mindfuck”, it’s activist goals are to jam culture and shatter “reality tunnels” by confounding people stuck in a single mode of thinking. No one knows the scale or even the point of Operation Mindfuck, nor does anyone know where it starts or ends. Are they serious? Are they joking? Is there any difference? All answers are correct.

The Church of the Subgenius was/is something of a discordian parody religion (not that they’ll tell you that), whose messiah figure is a 1950s salesman named Bob Dobbs. Mr. Dobbs was apparently contacted by the extradimensional intelligence Jehovah-1 and charged with making the world work for a living. Mr. Dobbs rebelled and decided to promote “Slack” instead. Agents of Jehova-1, simply titled “the conspiracy”, are out there waiting to steal your Slack from you. So watch your back! Join the Church of the Subgenius and Slack off!

In fact, here’s a helpful educational piece you can absorb if you want to know more:

Did you recognise the narrator? Or the man in the tinfoil hat? It’s Dr. Kleiner.

Yes, Harry Robins is a discordian.

The Church of the Subgenius reached it’s peak some time in the 90s, but discordianism lives on and will never vanish until the entire world (d)evolves into a state of complete chaos and novelty. It’s unorganised and can pop up anywhere at any time. The Pastafarians are probably the most famous recent incarnation of discordianism, but the rebellious spirit of claiming your Slack and the childlike rediscovery of your surroundings is better found in the “Jejune Institute”. 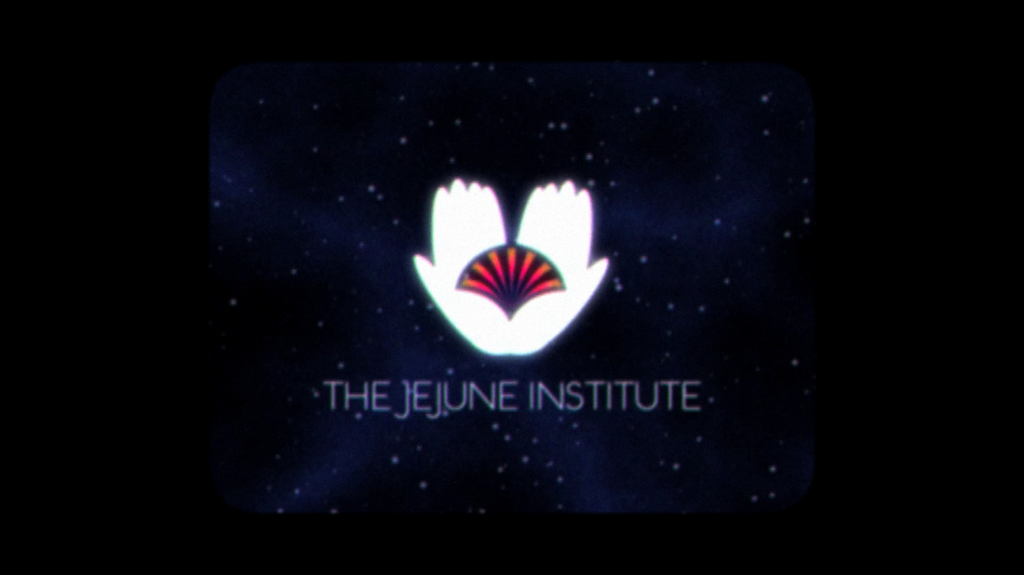 As you can hopefully tell, anything to do with discordianism is intrinsically ill-defined. Is it fact or fiction, art or arse, and cult or parody? It can be as political as the Provos or as fun as the Cacophony Society. The “Jejune Institute” and it’s participants are closer to the latter, being an ARG (an Alternate Reality Game).

Beginning in 2008 and lasting until 2011, the Jejune Institute baited the curiosity of San Francisco eccentrics, weirdos and outcasts into taking an adventure across the city. Level designers, take note, because this is how psychogeography can be used for fun. 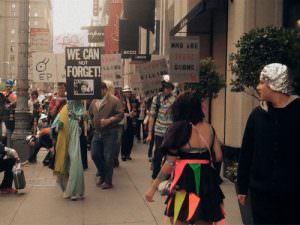 The blurred line between game and reality had it’s own plot; the titular Jejune Institute, run by Octavio Coleman Esq. invited players to their offices for an induction that would awaken their extrasensory abilities. Back in 2008, nobody was quite sure what this thing was, how far it would go and what sort of twists lay in wait. Or how much of it was actually a game at all.

Regardless, players would soon have the revelation trust on them that, *gasp*, the Jejune Institute was in fact evil (not dissimilar from “the conspiracy”) and that the good guys were really the Elsewhere Public Works Agency; a group of underdogs using pirate radio and clandestine communications to smash disinformation (not dissimilar from the resistance in Half-Life). 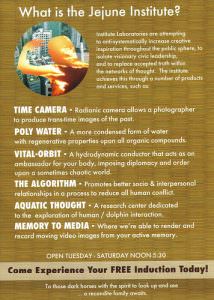 m Bigfoot, exploring sewers to find other lost players, or simply deviating from their usual route to to take part in scavenger hunts across the city. There were audio logs, pamphlets, graffiti, costumes, music, maps, everything. The EPWA tasked people with finding the hidden sounds and sights downcast, work-weary eyes would miss on the daily commute. Connected to all this, somehow, was the vanished teenager Eva who simply seemed to have gone “elsewhere”, whatever “elsewhere” meant. The EPWA also spoke of “Nonchalance“….which sounds an awful lot like “Slack”.

The complexities of this game are too vast to get into in a single article. I watched it all unfold posthumously in the documentary The Institute and I can’t recommend watching it and spending the night on a Google adventure highly enough, especially if you’re a game designer.

The EPWA contacted players through letters, e-mail, mixtapes, radio broadcasts and phonecalls. The broadcasts and calls were narrated by “Commander 14”. And I recognised the voice immediately. It was the same one praising Bob Dobbs and telling the citizens of City 17 to get busy. Now he was demanding someone to dance. 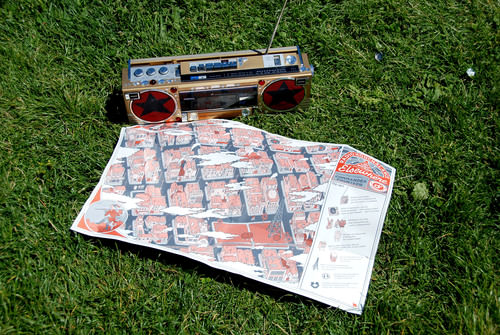 Even beyond the limits of Half-Life, long after the height of The Church of the Subgenius, the same guy was out there like some sort of folk hero, telling people to break the mould, stretch their creative legs and give The Man the finger. With a smile.

hat voice characterises the spirit of the Jejune Institute game, and discordianism in general. I think most gamers can appreciate it’s heart; the break from the mundane, the sense of awe and exploration, and the sheer playfulness. So much of which modern life tries to prevent us from feeding into on our own terms.

In terms of game design, both the activities of the Church of the Subgenius and the Jejune Institute show just how creative designers can be with games, and even how the act of playing them can be something of an artistic or political statement, be it one that parodies religion or corporate interest. The throughline of it all, which is what seems to attract Harry S. Robins to these roles, is a sense of individuality and anarchic humour, in the face of orderly oppression.

That and the fun of it all. I can get dry and analytical when I talk about games I love, but sometimes “fun” is the only word for it. Watching The Institute had me smiling from ear to ear throughout and made me want to bring it to Ireland.

If I ever do, I know who I’ll get to do the voiceovers.