Flat Kingdom was due to be released in spring last year but after using their own money to ensure their Kickstarter goal was met their campaign was suspended. Gerardo Garcia, director of Fat Panda Games came out and admitted that this was a mistake that they all regretted. Despite all this, Fat Panda Games have continued to work on the game and Flat Kingdom will officially be released on April 7th this year.

Flat Kingdom is a 2.5D platform game that boasts a beautiful papercraft world filled with puzzles and a unique combat system. Instead of directly attacking your enemies, you’ll have to touch them while transformed in the correct shape to beat them! Kinda like a rock-paper-scissor game. Every shape in Flat Kingdom beats the opposite, so sharp triangles can defeat the soft circles, heavy squares beat the fragile triangles and squishy circles can triumph over the slow sq 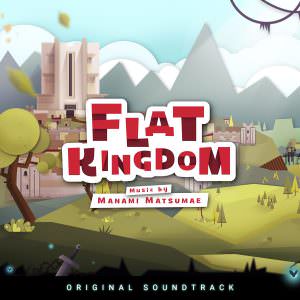 Flat Kingdom also includes an incredible soundtrack from Manami Matsumae, famously known as the composer and sound designer of the original Mega Man, making both the addictive music and the memorable sound effects back then. She worked along Jake Kaufman in the soundtrack of Shovel Knight, and other games like Mighty No.9, Heart Forth Alicia.