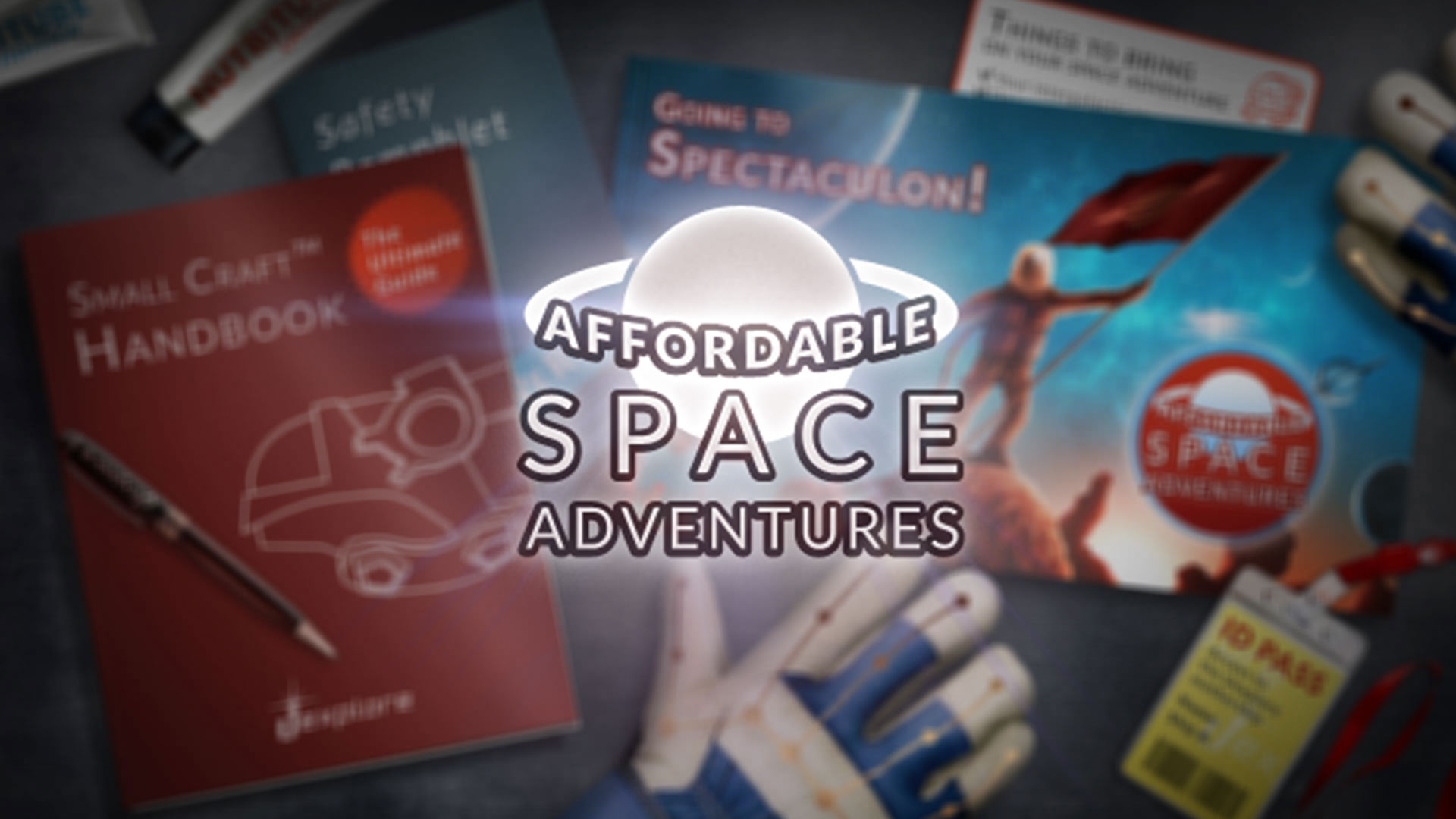 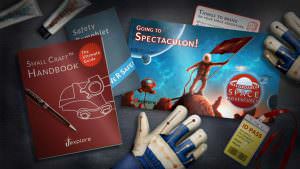 tarting up Affordable Space Adventures is a collection of postcards, informational pamphlets, and general touristy bits and bobs. All of which look trustworthy, the promise of a great, safe adventure through space – and on a budget.

I got the game as part of the “Friends of Nintendo” Humble Bundle. Three games for €2, a steal. So, for me, this game was very affordable. But the regular price on the Wii U eShop is €18.99. Some might say this is expensive for an indie title that can be completed in under eight hours, but you get what you pay for in atmosphere and originality.

The first choice you have to make is what difficulty you want to play at; Technical or Tourist. Technical is very challenging and Tourist is very easy, but not to a fault (sometimes it’s nice to just calmly drift through space without exploding over and over again.) But for the majority of my time playing Affordable Space Adventures I went with the higher difficulty, to get the most for my €2. 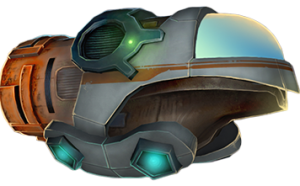 The premise of the game is simple; it’s set in the not too distant future, where a travel agency, Uexplore, allows people of earth to travel 23 light years into space to visit an Alien planet that’s perfectly hospitable to humans. A place where tourists can explore at their leisure in the agency’s Small Craft, a very small space ship. In the game’s opening Infomercial style video we’re promised to arrive safely at our destination, but the Uexplore vessel, which ferries the Small Crafts across the galaxy, crashes during a storm and we end up alone on an alien planet, inhabited only by machines that don’t like to be disturbed.

The game is a work of art. The sound design is impeccable and the muted colour pallets and minimalistic design add to that feeling of isolation that I’ve grown familiar with in the Metroid series. Affordable Space Adventure takes inspiration from Valve’s timeless Portal, with the use of Laser beams, Switches, Boxes and Projectiles to overcome puzzles and progress through a series of short levels in order to escape a hostile environment. 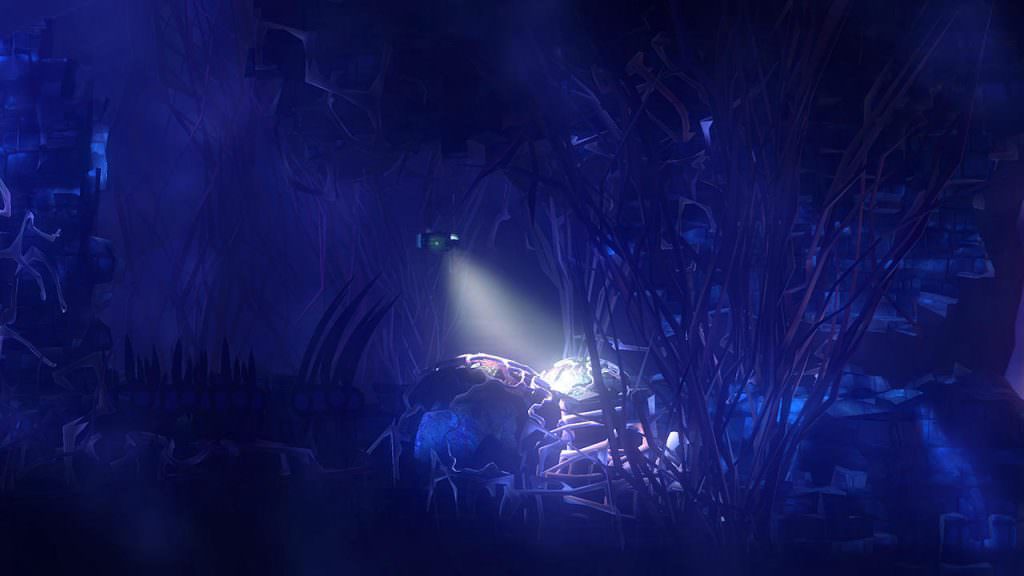 As minimalistic as the game appears, the control scheme is complex. Knapnok Games developed the game for the Wii U because of the unique control possibilities that came with the Wii U GamePad’s touch screen. This screen is our cockpit, where there are tabs that control the many functions of the SmallCraft. As you progress the GamePad screen fills with more tabs. There are different tabs for each of the ships separate fuel, electric and booster engines; stabilizer, thrust, mass generator, antigravity, and decelerator. You must manipulate these subsystems to bypass different robots. You use the craft’s scanner to find out what each robot is sensitive to; heat, sound, electricity, each with its own gauge on the GamePad screen. 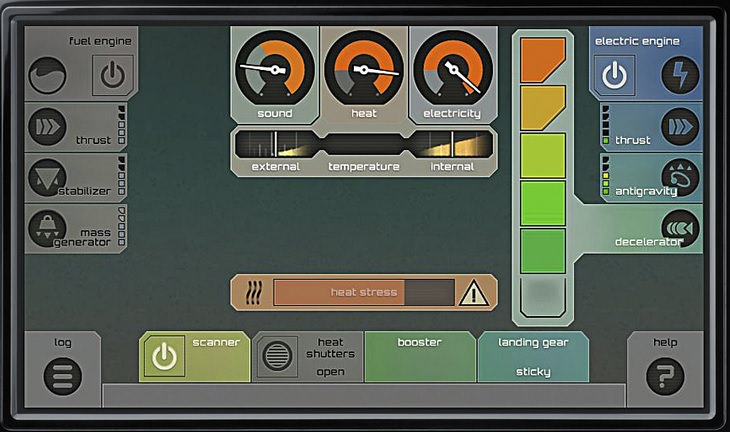 The fuel engine generates a lot of heat and the electric engine generates a lot of electricity, obviously. Each engine system changes the gauges in its own way. This is where the main challenges of the game come into play; how can I get past this guy if he’s sensitive to heat and electricity? There is also a tab for landing gear and scanner. Amazingly, all of these tabs and gauges fit perfectly onto the GamePad screen. I haven’t played any other game on the Wii U that utilizes the touch screen as well as Affordable Space Adventures.

The multiplayer mode is great. The responsibilities and functions of the SmallCraft is divided between 3 players. One responsible for power levels, another piloting the ship’s movements and finally a simple task of serving as the craft’s guide, responsible only for its scanner. Co-op mode can be initiated at any time during gameplay and you can swap back and forth. I played most of the game solo but got a few friends to join in on occasion. The puzzles become a little easier to solve when you’re working in a team. But three people manning one SmallCraft is a whole other challenge.