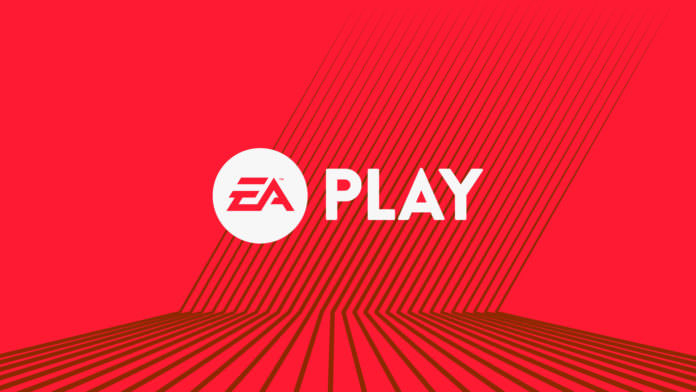 Kicking off E3 this year EA began their EA Play press conference with a gameplay trailer for Titanfall 2. The series is coming to both PlayStation 4 and Xbox One this time around and will feature an actual single player campaign – groundbreaking, I know. The single player trailer shown places heavy emphasis on the character of the mechs rather than a human character although we don’t know whether or not this has any significance. If you want to get into the Titanfall 2 beta, head over to titanfall.com for details. The full game will be coming out on October 28th of this year.

Next up for EA Play, EA’s e-sports push, really showing off the glamorous life of a full-time video game player. Key points; Madden 17 and FIFA 17. Oh, and one of the finalists in their madden tournament broke his collarbone because he was “racing” his “friend” with his shoes untied. Unrelated but seriously, what? As an aside EA have vowed to donate $1,000,000 to charity as part of their emphasis on e-sports, encouraging players to complete challenges across a range of EA titles.

The more that is shown of Mass Effect Andromeda the more it seems like a known quantity. Hey, it’s another Mass Effect game but this time you’re looking for a new home for humanity. It’s an interesting premise but also just another excuse to go on a romp around a new galaxy and murder and/or have sex with aliens.

For fans of EA games EA Access will have all 20 of its titles freely available for the next week so if you’re into that go nuts.

FIFA 17 has a story mode. An interesting concept presented in the most cringe-inducing way possible. Why is it that EA hasn’t learned their lessons about actors delivering monologues live on-stage? Anyway, if you were one of the many people unfortunate  have played through the NBA 2K16 story mode then I’m sure you’ll join me in crossing my fingers and hoping to hear of Spike Lee’s involvement. As well as a story mode, EA was keen to announce the involvement of José Mourinho as well as 3 other football club managers. Look, not to get all pessimistic but come on, they’re making a big deal out of 4 character models and some voice over. Don’t worry though, in the next FIFA game you’ll be shouted at by Arsène Wenger.

Hey so remember Yarny…? Unravel, remember? No? Okay well there was a game last year called Unravel. It’s uber indie, meant to be really cutesy, kind of trying too hard. Anyway, Unravelled seems to have spawned EA Originals – a development platform for independent developers to produce games with help from EA. As an example of the type of game EA Originals aims to produce, Fe was announced (it’s pronounced ‘fee’). Fe seems to be a platformer in the vein of Grow Home, Hohokum, maybe even a little bit of Proteus – a directionless exploration thing.

Since Star Wars is in the middle of its modern renaissance we were treated to an assortment of behind the scenes footage from 8 different game studios across the world. Chief amongst them was the announcement of Battlefront 1 set to come out at some point next year.

All right, Battlefield 1. 64 player multiplayer, vehicles, destruction – all the typical Battlefield standards. New to the series is a dynamic weather system which will change the conditions of a map during a match. The large-scale vehicles will also add an interesting twist to the vehicle combat. The release date for Battlefield 1 has been announced as October 21st, just a week before Titanfall 2. Following the Battlefield 1 section, EA ran a one-hour livestream of Battlefield 1. I don’t know if it’s available online anywhere (maybe a Twitch VOD?) but go check it out if you can – Jamie Foxx and Zac Efron were clearly high as kites.

That was it for EA Play 2016. All in all we saw a few major announcements though nothing too radical. Stay tuned for coverage of all of this year’s press conferences here at EliteGamer.ie – we cover more than just EA Play!