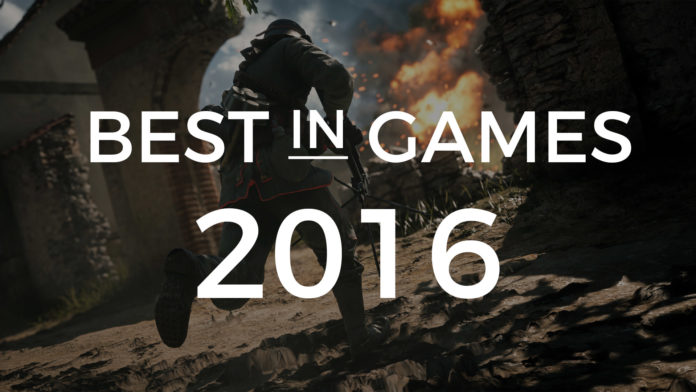 2016 has been an incredible year for video games! Here are the top 10 best video games of the year as chosen by our readers! What was your favourite game this year? Feel like there’s something missing from the list? Let us know in the comments!

I loved every single minute of Forza Horizon 3. Maybe it’s because I prefer the more Arcade-oriented gameplay of the spin-off, but I much prefer it to the main Motor-sport franchise at this point.

There is so much to do that the minute-to-minute gameplay never feels dull. You’re always coming across new events, new boards to smash, new jumps to conquer, new perks to unlock, new cars to acquire, new barns to find, new Festival locations. I mean, you get the point. And if you’re thinking “Man, I wish I could race a freight train,” rest easy, the game’s got that too.

It’s a gorgeous game, and even though it’s locked at 30fps on Xbox One, it still feels incredibly smooth regardless. Horizon 3 is also part of Microsoft’s new Play Anywhere initiative, meaning once you buy your copy of Horizon 3 on Xbox One, you get the PC version as well, and vice versa.

Inside was developed by Playdead the guys behind the acclaimed Limbo and it is out on PC, Xbox One and PS4, just like Limbo Inside is a platforming puzzler with a very simple controls of move jump and grab, while Limbo had more platforming mechanics I think Inside is more of a puzzles game which in my opinion serves a story aspect that I will get to in another post.

Just like Limbo the game has a very grim and distinctive graphical style this time while not completely black and white the character is wearing a red shirt and the lights and fire also has colour but the backgrounds are all very very grim and grey which gives the game a very chilling feel, on top of that the game also does the same no dialogue approach to it so it ends up having a silent film era effect.

The game is creepy and disturbing and it has some of the most depressing imagery ever constructed in a video game and that is perhaps its strongest aspect of the game, every frame is carefully constructed to tell this story and deliver this message and in this aspect, Inside is very very successful. when I finished Limbo I didn’t feel like wanting to go back to the game’s world or wanting to explore it further but Inside gave me that exact feeling of wishing I had more freedom to explore it in a BioShock or Portal-like game to give me more in-depth look into the world of Inside and the secrets it is hiding in its distance backgrounds.

It’s clear even from playing just the first episode of Hitman that the move to an episodic structure has proven a liberating experience for Io Interactive. The whole exercise would not have worked if the missions themselves had been in any way half-baked, but they have turned out to be the richest, most detailed ones ever seen in any Hitman game.

The addition of Escalations, user-generated hits and the like really allows you immerse yourself in them to an almost startling degree. For Hitman fans, therefore, it’s a must-buy, and the same applies to anyone with an affinity for stealth games. If you’re unsure then you only have to lay out £11.99 for the first episode, and while €45 for a season pass sounds a bit steep, you’ll get an awful lot of gameplay for that. A disc version of the game won’t be released until January 2017.

If you are in any way a fan of action games you are going to love Gears of War 4, especially if you are a veteran to the series.

A strange combination of both familiar territory and a fresh feeling, Gears of War 4 provides an enjoyable and robust experience. While there isn’t much new ground broken in the experience, it does a lot to remind us what was so great about the original games in the first place.

Gears Of War 4 is another incredible entry in the Gears Of War series. I’m happy the team took the extra time to get their first new Gears Of War title on the Xbox One as the extra time seems to have paid off. I feel Gears Of War 4 brought forward some great changes without moving too far away from what made the series so successful. Fans of the old games will be pleased with this entry while new fans will be impressed with what’s being offered in Gears Of War 4.

Overwatch is definitely one of the most controversial titles on this list. Pre-launch artwork of the ‘Sexy Tracer Pose’ sparked outrage among gamers claiming that the style didn’t suit the character. It is also one of the games with the most support from the developers, with seasonal and holiday events happening often within the game along with exclusive prizes and rewards for playing during that time. With a massive community, Overwatch has quickly become a huge fan favourite. 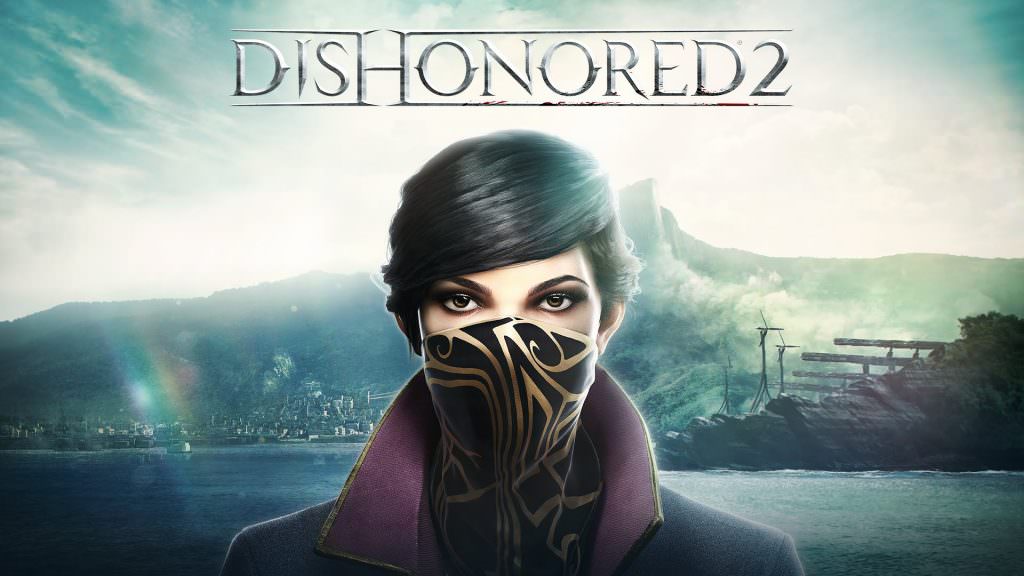 Dishonored 2’s setting is beautifully realised and feels like a real and believable place. There are also several well-known actors lending their voice talents to the game, including Rosario Dawson, Sam Rockwell, Vincent D’Onofrio and Pedro Pascal.

The subtropical aesthetic combined with the steampunk ethos is particularly appealing and the designers have put a lot of effort into crafting the world, even if it does feel somewhat dark and bleak at times.

The story isn’t the strongest element of the game — it’s a fairly standard revenge piece, and many of your targets aren’t given a vast amount of depth or backstory beyond “they’re involved in the coup and they are also bad people” — but there are journals, audio recordings and notebooks scattered around the world adding colour to the proceedings if you wish to seek them out.

Quite a few PC gamers have reported a range of technical issues with the game, notably stuttering and freezing, but I haven’t personally encountered any of them and a patch has been released addressing many of the issues.

Emily and Corvo have different powers available, providing different gameplay options, and if you want to make life really hard for yourself, you also have the option to play a “no powers” mode in which you don’t have any special abilities and must rely purely on your skills and equipment to complete your objectives.

Regardless of how you choose to play, Dishonored 2 is a well put together game which offers plenty of challenges, a great setting and the guarantee of potential for at least one repeat play through as the other character.

Final Fantasy XV was a game that Square Enix needed to get out there, it’s been in development hell for what feels like forever. And now that it’s here, and it’s definitely a great game, but you can tell that the development period has had an effect on the overall quality of the game. But I’d be remiss if I said I didn’t enjoy myself from start to finish. Hajime Tabata has done an amazing job in saving this project, while at the same time moving the franchise forward, but there were definitely some cut corners in order to get this game out by the end of the year. If you’re a fan of Final Fantasy games, then you already have this. If you were waiting for reviews, I’m torn between telling you that you should be playing this game right now and that you should wait for a final package with all the DLC that’s planned for the future, because I think that’ll be the true game, when all is said and done. But for a base game that’s out now, Final Fantasy XV tells a great story of friendship, responsibility, and brotherhood. For me, the wait has been worth it.

The Titanfall series gets its name from the term used when Titans are dropped onto the battlefield. Sometimes you’re in the Titan when this happens, but most of the time, you’re not. Most of the time, you’ll be in the middle of a match, maybe doing well, maybe not, as things get increasingly heated and friends and foes alike begin to call in their Titans. Soon, the little meter in the bottom left corner of the screen will fill up, and it’ll be your turn. You’ll hit a button, and a five-second timer will begin as a voice tells you to “prepare for Titanfall,” and your very own giant robot crashes to the earth from somewhere in the sky.

Uncharted 4 creates unforgettable moments almost at will. During one gunfight, I noticed Sam being overpowered by a mercenary in a courtyard just below me. Reacting swiftly (because he’s a likeable guy), I charge for the nearest merc, disarming him before kicking him off the roof. Spinning, I open fire on two conveniently placed cans of gasoline. A burst of flame leaps into the sky, along with a few more baddies. Sprinting forward through a plume of smoke, I dive off the roof and into the courtyard, lassoing a nearby strut to turn my fall into a long, low swing. Noticing this, Sam turns. Drake’s diving fist connects with the back of the mercs head, and I, adrenaline surging, leap out of my seat, whooping, punching the air and (unintentionally) waking my wife. It’s 2am, she says, and I have work in the morning.

Our top game for this year is Battlefield 1, which has received a lot of pre-launch hype as well as continued hype after its release. Battlefield 1 was revealed at EA Play, where Snoop Dog also made an appearance with his good friend Mary Jane. With a Successful release and great year, Battlefield 1 has given its community a lot, from a great campaign as well as a terrific multiplayer experience it has well earned its spot at number 1.