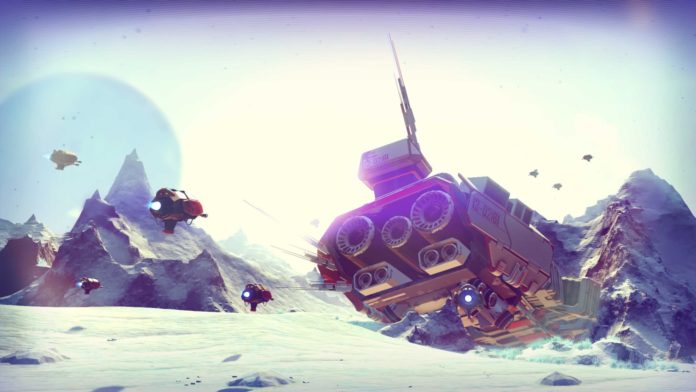 No Man’s Sky is the most controversial video game to come out of 2016 — the game lacked many features boasted by CEO Sean Murray, this was followed by months of silence, they were officially investigated by the ASA and to top it all off it officially became the lowest rated game on Steam. Recently the game started getting updates giving the players some of the promised content. Although this is taking place many months after the games release its good to know that the game hasn’t been abandoned.

The first update (AKA the Foundation Update) introduced the possibility to build a base. This is a pretty key element in exploration games and one of the main features lacking in the game so far. It also looks like Hello Games will be adding land vehicles to the mix in a future update thanks to information found by data-miners. They uncovered a mountain of evidence pointing to ATV/Buggy hybrid vehicles that will have equipable Jetpacks and Photon Cannons as well as a Vehicle Boost System. Here’s an excerpt from a Google Doc containing the information.

Land vehicles make a lot of sense considering one of the game’s major failings is the sluggish pace of exploring entire worlds at a time. ATV/Buggy hybrid vehicles would solve a lot of the downtime issues and could potentially make exploration a great deal more engaging. Furthermore, the presence of mounted weapons on the ATV could also point to the potential for land battles. Land combat, as it stands now only consists of fighting off sentries and aggressive wildlife but mostly when you’ve done something to provoke them.

Could the pirates that you encounter in space, eventually come down to land (and maybe settle?) on a given world. I’m just spit-balling now, but features like these would go a long way to adding some excitement to No Man’s Sky’s enormous galactic sandbox.