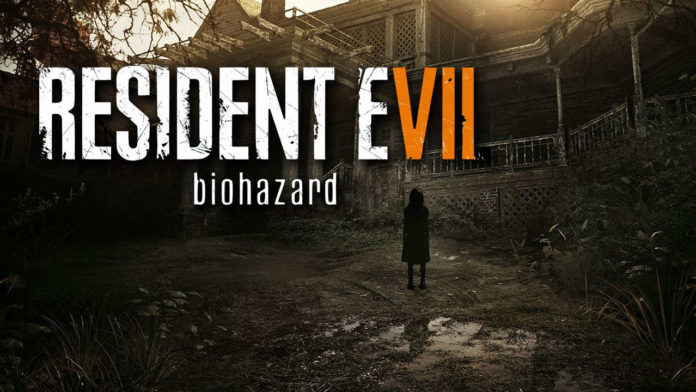 Over twenty years ago I received a PlayStation with a copy of Resident Evil 1 taped to it for Christmas. I had spent hours fawning over screenshots of the game in magazine articles with a growing sense of anticipation. I was not disappointed when the moment finally came that I got to play it. The game absolutely scared the life out of me. I can still remember my dread as the first FMV played showing a zombie chewing on the body of S.T.A.R.S team member Kenneth and then its head slowly turned to face me, armed with only Chris’s knife to repel it. Those same feelings of dread and vulnerability have been crashing over me like the waves of nostalgia brought on by playing Resident Evil 7 Biohazard. It seems apt to start this review based on memories from twenty years ago as Capcom’s latest instalment in the survival horror defining series does a little time travelling of its own.

Long resigned to history are the polygon based boxy models and pre-rendered backgrounds of the first trilogy of Resident Evil games. Resident Evil 4 pushed the series into a more action adventure genre with its 3rd person action shooter gameplay. While being a great game Resident evil 4 lost the survival horror gameplay that defined Resident Evil 1 and made it iconic. The makers of Instalment number 7 have opted for a complete game design overhaul, now utilising first person game mechanics to aplomb and have reconnected the series to its survival horror roots. 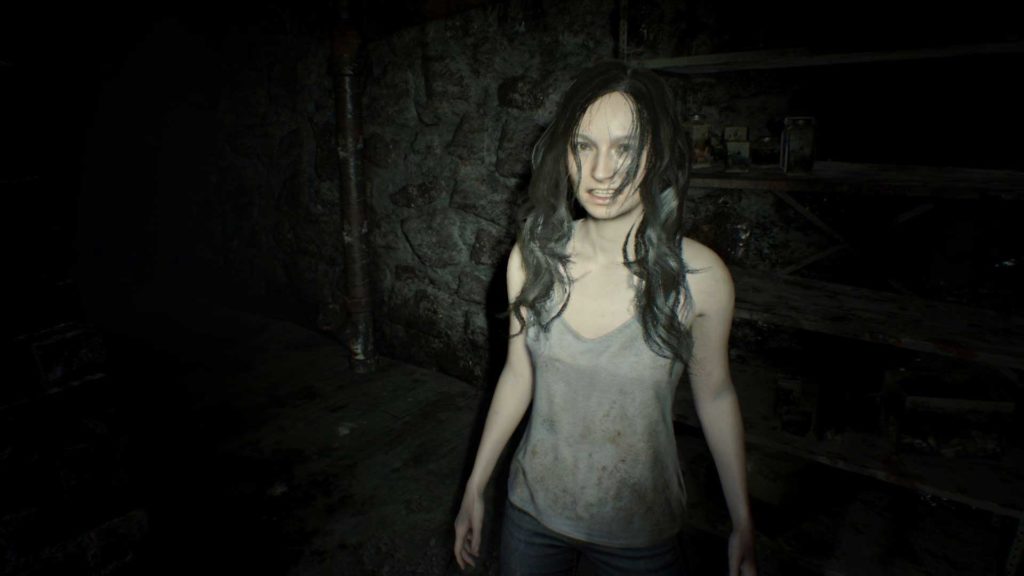 The story appears straightforward enough from the outset, your character Ethan Winters has travelled to Dulvey Louisiana in search of his wife Mia who disappeared a few years previously. You arrive at an isolated and thoroughly derelict plantation owned by the Baker family. The murky Louisiana daylight brings a sense of foreboding as you approach the creepy Baker household. You spend a while wandering around in the muddy Louisiana landscape trying to gain access to the house. Suspicious evidence of Mia’s presence is found in the form of a driving licence just before you head indoors.

Once indoors the game instantly becomes scary, the exit door locks leaving you initially submerged in darkness and reduced to using a torch to find your way through the crumbling old house. Sunlight still finds its way in through boarded up windows as you investigate various objects, a fridge full of rotting decrepit food, pots full of bugs, notes and photographs with vague information give a sense of mystery and horror.

The first person nature of the gameplay feels organic and fluid adding to a visceral experience. At first, it doesn’t really feel like a Resident Evil game, however, this changes drastically after the first two hours of gameplay. Eventually, you encounter Mia and quickly realised that she has gone stark raving mad. The Baker family that holds her hostage is also equally unhinged and the individual family members become your foes. Suffice to say without giving too much of the plot away that the rest of the game revolves around rescuing Mia and figuring out what in the hell has happened to her and the Bakers. 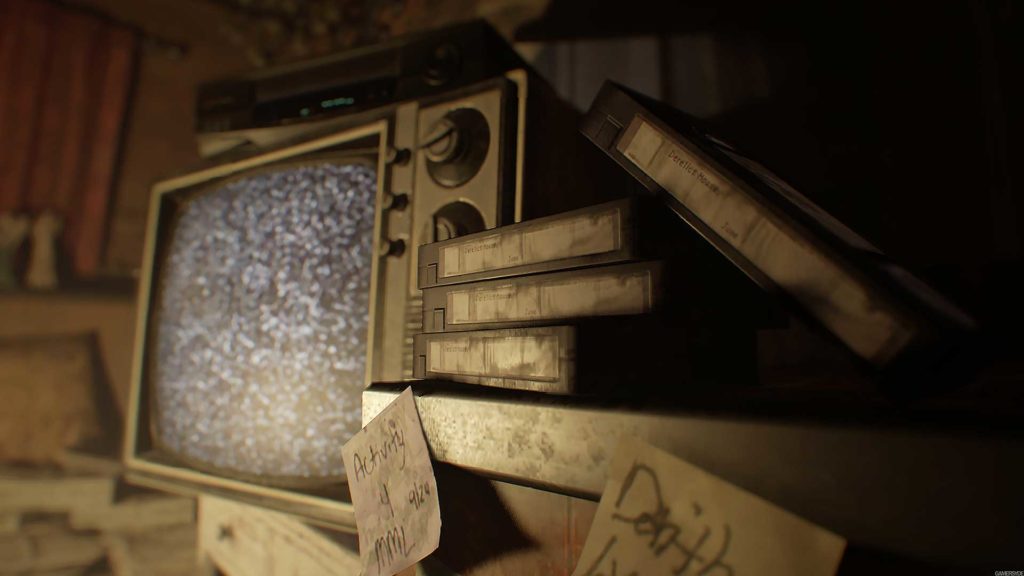 In the first few hours, the scares are frequent and I jumped at a number well-timed frights. Light plays a key part in the scares, in equal parts what’s unseen and what’s heard can make the hairs on the back of your neck stand on end. The lore of the Resident evil series is the underlying essence of every squeaky drawer, boarded up window and scare. This is the resident evil that I remember all those 20 years ago, a true survival horror game.

A refreshing aspect of the game is the use of old VHS tapes as a type of time travelling device. Each tape gives you a first-person view of some of the faiths that befell hapless victims of the Baker Family. The game mechanic of solving a puzzle by playing a VHS tape of a past victim is demonstrated during the search for Mia. Three unsuspecting reporters trying to shoot a haunted house piece end up falling victim to the Bakers. The Blair Witch homage in this chapter of the game is truly frightening, bringing a real feeling of tension and fear. Puzzle solving relies on these segments of the game. It’s also a clever way for the game designers to use an area of the game twice without it feeling like backtracking. 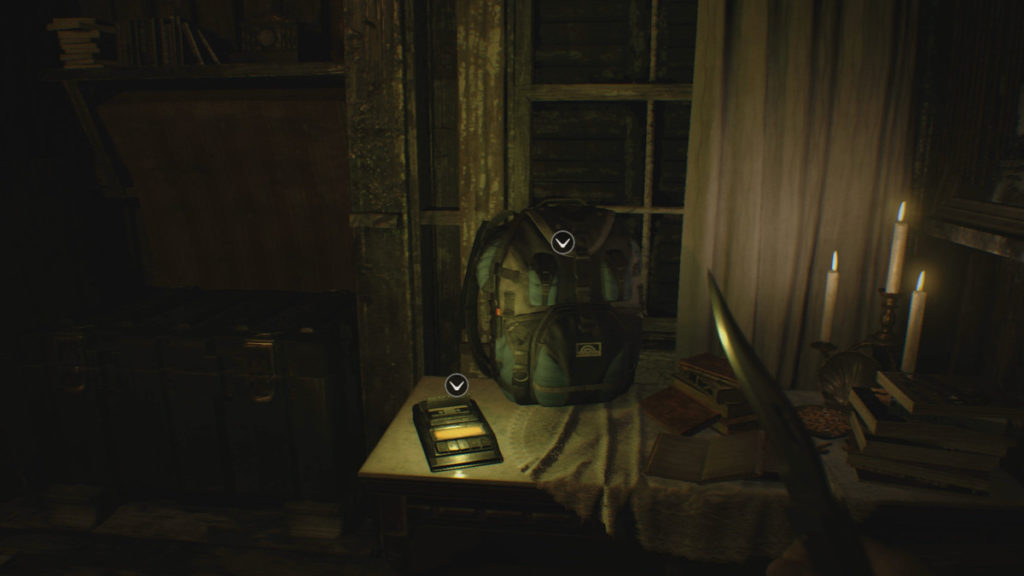 Safe rooms are located at various points in the game world. You can save your game and organise your inventory using storage boxes. Item management is an integral part of gameplay and harks back to RE1. Items can be combined to create precious ammo or first aid kits. Chem fluid can be combined with a herb to create a first aid spray. Ammo can be created by mixing stronger chem fluid with gun powder. The clever management of these items can make the game a lot less challenging. These rooms really prove their worth when you’re low on ammo or health and fleeing from monsters. The game auto-saves frequently but it’s nice to start a fresh from a safe room using your own save point.

The voice acting is rather good, especially when compared with the extremely hammy voice acting of Resident Evil one, oh how I laughed recently when I powered up my old ps1 to enjoy it once more. But seriously the character animation and voice acting work well to take you into the horror of the game world. The estate is beautifully rendered with crumbling detail, just walking around exploring the house is a treat.

Parts of the game can be quite challenging, in my first encounter with a deranged Mia I tried to defeat her armed with just a hatchet, after multiple failures I realised I had to revert to my handgun and headshots. My overconfidence as a Resident Evil veteran got the better of me. Further encounters with Individual family members form the crux of boss battles which normally take trial and error to figure out the best way to win. I found these fights to be sometimes frustrating but overall rewarding. The weapons available to take on the Baker family and a slew of other monsters include a shotgun, handgun, flamethrower, grenade launcher & a machine gun. Ammo was never a real issue for me playing in normal mode with the ability to collect gunpowder to make more powerful handgun ammo a real advantage.

Ethan receives intermittent phone calls from Zoe a more repentant member of the Baker family who helps you in your quest to save Mia. The information she provides gives you tasks to accomplish which are listed on the game map page. These waypoints prevent any feeling of uncertainty as to what to do but leave you to figure out the puzzles that impede your progression.

These puzzles hark right the way back to Resident Evil 1, finding missing pieces of objects to fit in a door, finding secret passageways, etc. Certain doors are locked with the symbols of a snake, crow, and scorpion on them, seeing these doors put a large nostalgia-fueled smile on my face. Part of me wishes I could play this game unpolluted by the experience of playing the previous instalments and in a way I envy those who can, but for the Resident Evil veteran it’s a joy to see these types of puzzles come to life once more.

In essence, the first parts of the game feel like an interactive horror film with homages to the Living Dead, The Blair Witch Project and others. Ethan will often verbally strike back at this tormentors from time to time with expletive one liners which can be hilarious. The mystery horror parts at the start of the game are the best parts in my opinion. The later chapters lose that atmosphere , maybe Capcom were afraid of making a ‘boring’ game and felt the need to throw in some extra action. These parts were still enjoyable but not in the same way as the earlier chapters.

A newcomer to the Resident Evil series who’s never played any previous instalment can easily step in and enjoy the game, a Resident Evil veteran, on the other hand, will feel the nostalgia-inducing lore seeping from every corner of the Baker Estate. Also, the sense of dread and worry that death is lurking around the next corner returns with this instalment.