After 5 years of service, Nintendo announced in a press release that they’ll be terminating Miiverse for Wii U on November 8 at 3pm Japanese local time. Currently the press release is only available in Japanese, but Nintendeal uploaded a loosely translated version to their Twitter. 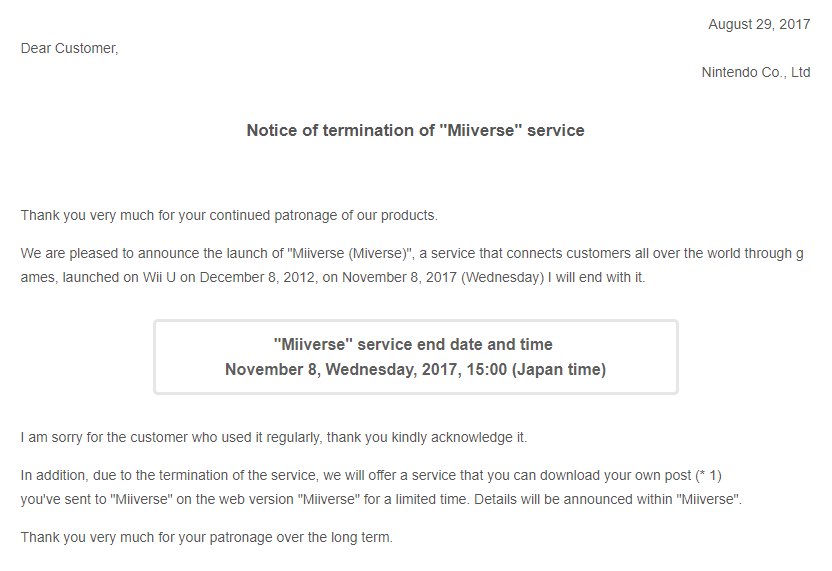 Although no concrete reason is given for its sudden (and, to the criticism of many, premature) termination, many are assuming its due to the Wii U’s lackluster sales and Nintendo’s push to get all of its customers on the Switch. Nintendo has not yet revealed how this will affect games that directly utilize Miiverse like Smash 4 and Super Mario Maker. If the loose translation is correct though, then there should be a way for users to download their own Miiverse posts.