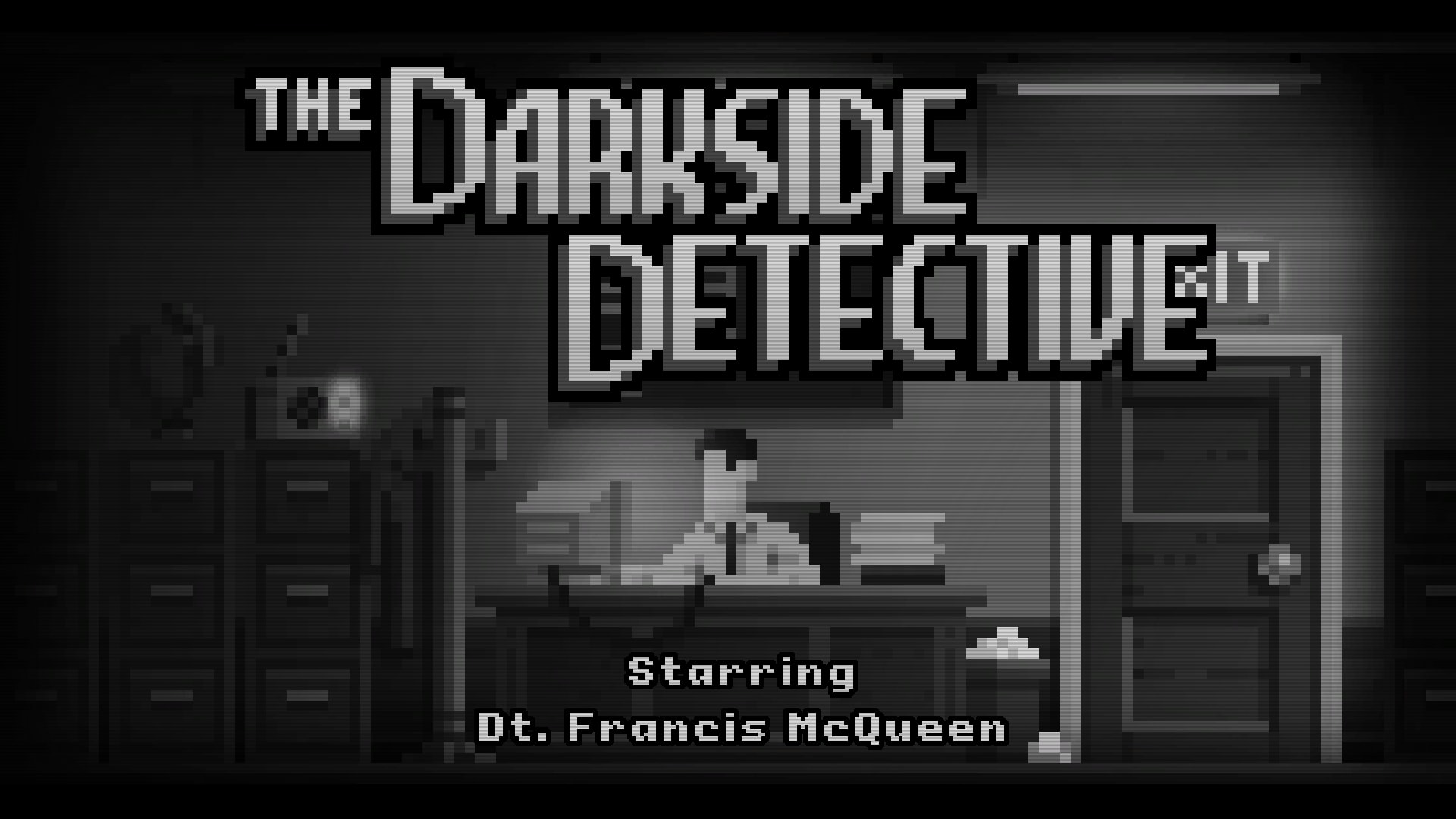 Point and click adventures laden with pop culture references and reflexive humour are neither new nor original. They are practically a genre of all their own by now. Our latest attempt at tickling the public’s funny and curiosity bones comes from Spooky Doorway.

The game begins as the tale of another day at the office for two experienced cops in Twin Falls. Detective Francis McQueen, our Cooper of the tale and my personal hero Officer Dooley spend the nights opening terrifying ingresses and solving crimes.

The Darkside Detective is broken into six chapters, all lovingly tied together by a growing sense that something is going on behind the scenes. Then confirmation of said sense at the end. As a short amble through Twin Falls’ spiritual problems, TDD is satisfying and charming.

Taking a Walk on the Darkside

There isn’t anything to be seen in TDD’s mechanics or structure that those familiar with the genre haven’t seen before. Progressing through its screens, speaking with everyone and touching everything is not a challenging experience. Puzzles are light, variety is good and there are enjoyable set-pieces along the way. The game objects are easily identifiable despite the low-res aesthetic.

But who really plays point and click adventures for the puzzles? It would all be for nowt if the world in which the puzzling resides were uninviting or boring. TDD has an incredible atmosphere. The townsfolk are interesting takes on tropes, bouncing off the oddball pair we lead around. The chunky pixel visual style and often simple, sometimes beautiful synth score add a layer of non-verbal elegance to a game that uses words like a god.

As someone who is amused by being an unhelpful gobs**te, the game’s dry humour in the face of scary entrances is easy to love. If you like point and click adventures or merely tolerated one before, The Darkside Detective is amongst the best 3-5 hours you will ever spend, clothed or not.

The twitchy winks to Twin Peaks, the overall crime noir parody and the complete destruction of the fourth wall are glorious. The game nigh-on forces you to ask Dooley everything – not for help but just to see what the man will say. I like a well-crafted troll but Dooley is the master.

Looking on the Darkside of Life

The Darkside Detective is an amazing experience for its price. It’s interesting to look at and hilarious to read with a perfectly applied soundtrack. From its mysterious beginning to its more mysterious end, TDD captured my imagination and stole my heart.